Bologna 2018 was for ILLUSTRATORS

Bologna has been making a concerted effort to elevate illustrators in the field of children's books and this year's Book Fair really did a good job. First, the Best Illustrated Children's Books from the New York Times will be awarded at the fair from now on. For its debut, the NYT kicked off with a keynote address by my friend, Leonard Marcus. I couldn't miss the chance to hear him talk and to say 'hello'. He's such a sweet man and gave me a big hug. He also gave a fantastic talk about the history of picture book illustration. Oh, to know what he knows!

His keynote was followed by a panel of former judges of the NYT's list - Caldecott winner Brian Floca (who I had a lovely talk with on the bus afterwards), Steven Guarnaccia (Associate Professor of Illustration at Parsons), Maria Russo (Children's Book Editor, NYT), Leonard, and Paul Zelinsky (also a friend—I sat with his wife, Deborah). I suspect this was a highlight of the show as the room was packed!
Afterwards, I wandered to The Illustrators' Survival Corner where the fair hosted advice and illustrator talks from portfolios... 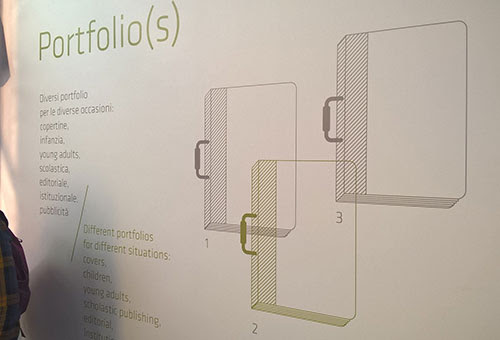 to Chris Riddell. (Click the image below to watch on FB.) 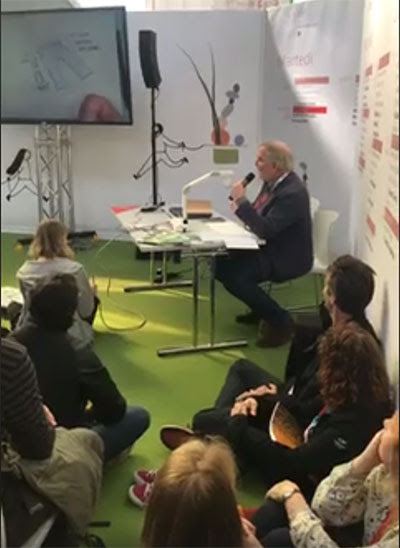 And, of course, there were the shows. Good lord, the shows! I didn't even see all of them. But of those I saw, I had some favorites.
ChenZexin 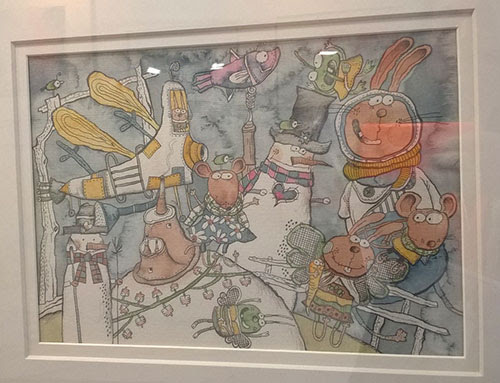 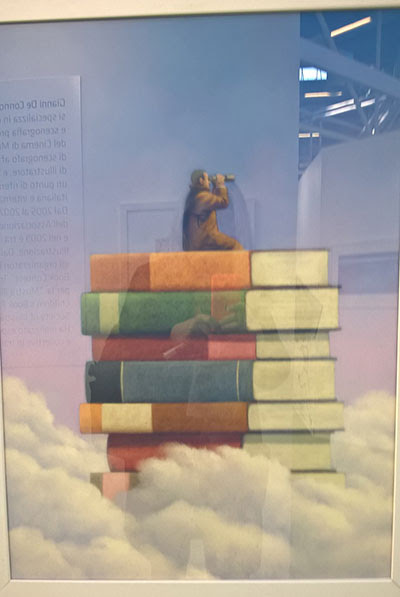 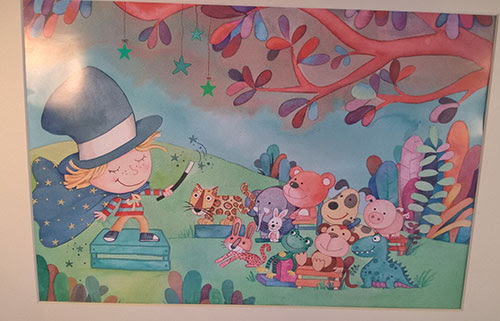 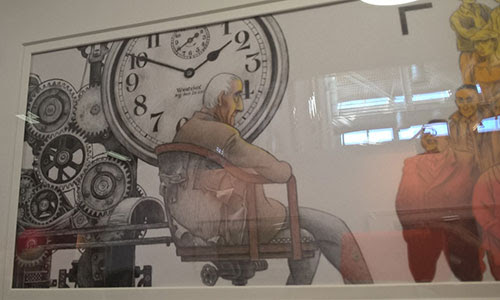 It's a huge honor to be featured at the fair as submissions average around 3,000 every year. But even for those who aren't featured, illustrators can make great connections at the fair. There are the portfolio surgeries, which I really took advantage of this year. There are the illustrator walls where you put tabs on your art for people to tear off and look you up later, or where you can scatter your postcards around liberally. Women have the added advantage of networking while waiting in line for the bathrooms. (I'm not kidding - I made a great connection there!)
Having been overwhelmed by the fair in 2016, I was glad to go back and handle it a different way this time. I was more laid back, less frenzied, didn't try to see it all, brought my lunch, and had a fantastic and valuable experience.
Add to that, the mystery doors across the street from my Airbnb were open on my last day there. I was able to peek inside as I waited for my taxi. OMG - THIS has been across the street the whole time? 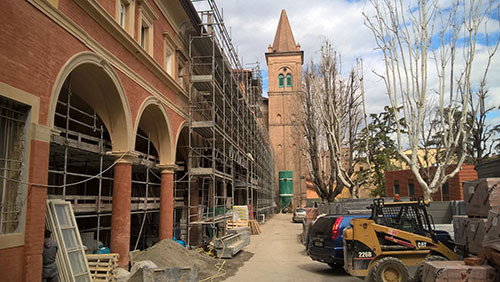 Bologna is always full of surprises. I can't wait to go back and see what it looks like in 2020!!! Cross my fingers!!!