I promised more from today and here you go...
Just across from Hollyrood Castle sits the Parliament building (seems appropriate). It's modern architecture stirred some debate when it was first built, but I think it's grown on everybody: 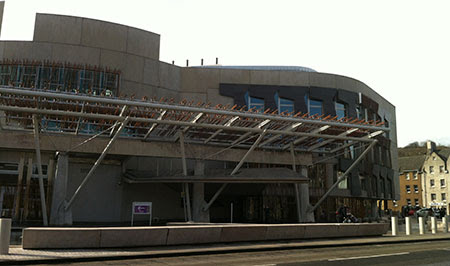 And just south of both lies the infamous Arthurs Seat:

A new friend, Blythe, mentioned how hard it is to get lost in Edinburgh because of the enormous landmarks - the castle, Hollyrood, Arthur's Seat, etc. We will walk to the top one of these days, but gads, we need to get our legs in slightly better shape first. (And I say that after almost a week of solid walking... on cobblestone streets and slate sidewalks.)
Instead of the mountain, we walked up a road that ran parallel to The Royal Mile and also turned into Grassmarket eventually (a central area for us). Before long we found ourselves back at a restaurant where we met friends for a foodie event at the beginning of our visit - Hemma, so we stopped in for refreshments. We had no idea we were as close as we were - but that's been true of the entire town. It's just not terribly huge. In fact, we headed south towards Newington (not the same as New Town) to check it out, and ran into Blythe on the sidewalk! This is a SMALL town and I love it! Alongside the sidewalk was this scene - a hillside of budding white, yellow and purple crocuses 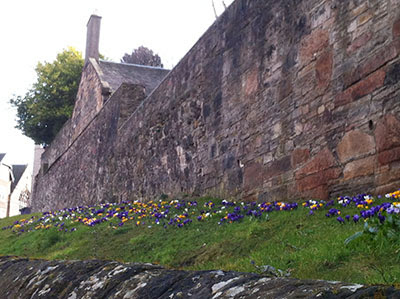 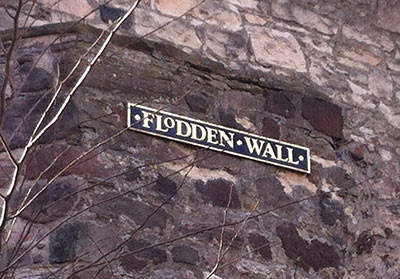 In Newington we again cut north through the heart of the University of Edinburgh campus. Many buildings here have iron boot scrapers set into the rock beside the front doors: 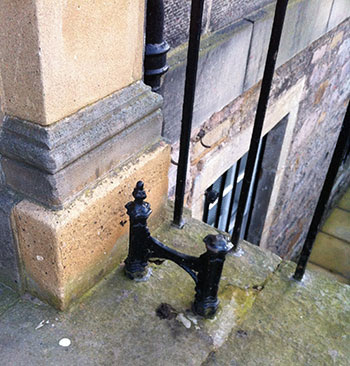 On the other side of the Uni, we once again found ourselves in The Meadows - the lovely park we hope to live alongside when we move here. A violinist serenaded us as we walked. Actually, we stopped to rest for a moment and listen. He was marvelous. That was when I noticed the murals (click the images to see them larger in a new window): 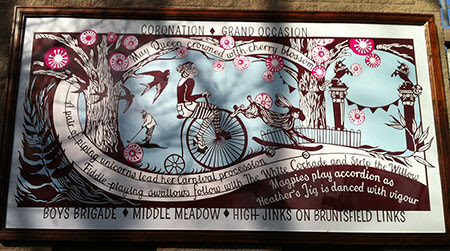 The sign that described the murals had a QR code so I was able to access the website that got into more detail (brilliant!). CLICK HERE to read more about them. Gads, I adore that bear!
We continued along the park path and were joined by friendly doggies. (Leash laws, if any, are rarely followed here - but the dogs are SO well behaved.)
From there we went to the International Pub on the south end of Lothian Road (we're staying farther north), which was awesome. We didn't take any photos because it would have been weird. This place was the real deal - a billiards table, old men playing dominoes, horse races on the televisions (and a bookie in the corner), everybody knew everybody and I had a hot toddy. This may end up being our neighborhood hangout.
But yeah, we were pretty exhausted after a great day, and DAYS of walking. So we headed back to our flat and now you're all caught up! Stan is making me a fabulous home-cooked meal in our wee little AirBnB kitchen. It smells so good in here! 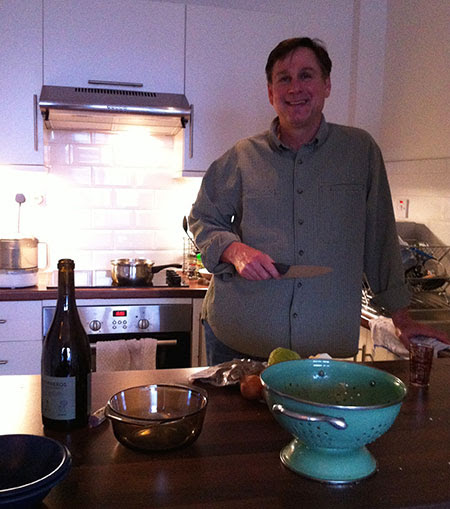 Oh, and I almost forgot... They really do have these here: 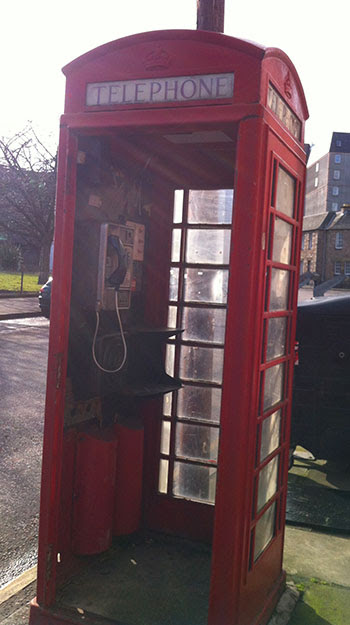