MY GRANDMA'S A NINJA by Todd Tarpley

I have such a fun book to share with you today: MY GRANDMA'S A NINJA by Todd Tarpley and illustrated by Danny Chatzikonstantinou (NorthSouth). Todd stopped by to tell us more about writing children's books... 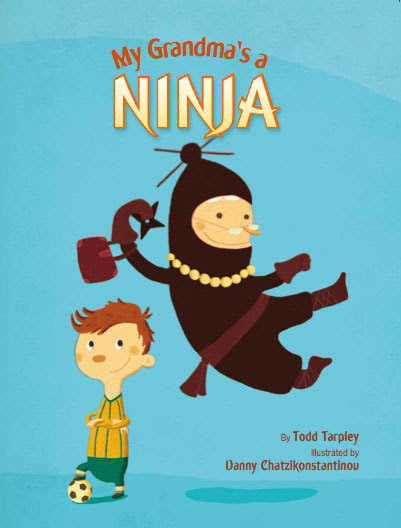 Everything I Know About Writing Kids Books Conveniently Condensed into 5 Bullet Points
by Todd Tarpley
I've been writing kids manuscripts for ten years. My Grandma's a Ninja, just published by NorthSouth Books, is my third book. I have two more coming out in the next year. So consider this advice as coming from someone who's not a complete rookie, yet isn't a jaded veteran either.

• The most important line of the book is the title. An editor told me this. Makes sense, but not always true, of course. Knuffle Bunny? Eh, not the greatest title ever. Don't Let the Pigeon Drive the Bus? Yep--good. Goodnight, Goodnight, Construction Site? Definitely. (My Grandma's a Ninja started as a title, in case that wasn't obvious.)

• The second most important line is the opening line. You stunned them with the title, now go for the knockout punch with the first line. I really have no idea if this is actually good advice, but it sounds like good advice, and it was suggested by the same editor who offered up the first bullet point. I have no examples whatsoever. Take it for what it's worth. 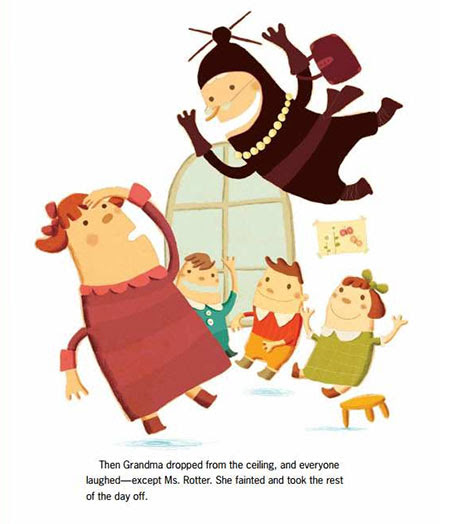 • The best way to bypass the slush pile is by attending writers' workshops. For some reason this is the best-kept secret in the universe. Why would you rely on the lottery ticket of someone pulling your manuscript from the slush pile when you can sit eighteen inches away from an actual editor who has taken the time to know your name and critique your manuscript? Yes, it costs money. I get it. But...just think about it for ten seconds. It's like having lunch with Steven Spielberg. This should be number one on the list, but I'm too lazy to re-order my bullet points.

• Have five flawless manuscripts written before you start submitting. When I started submitting I had ONE. I thought I only needed one because it was the most brilliant manuscript ever written. But you know, if an editor says, "This is not quite right for us, but please feel free to submit more to me," you can't say, "Sorry, that's all I got--take it or leave it." My "brilliant" first manuscript remains unpublished, btw. 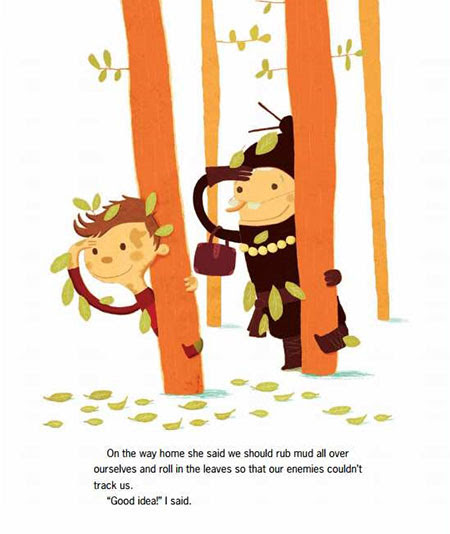 • Don't think editors are stupid. You may think they're stupid because they rejected your first five manuscripts or--if you're lucky--because they've asked for changes on your sixth, and how can you possibly be asked to improve on perfection? Here's a secret: editors are generally quite intelligent, good at what they do, and sometimes even NICE. Chill out and pretend to be a team player. My first book was originally titled Do You Like to Kiss a Dog? When the contract came, it said Do You Like to Kill a Frog? I thought, "Hmm, that's odd. Well, they're the experts," and I signed it. Turns out it was a typo. So, okay, sometimes the interns in the legal department are stupid. But not editors.

Okay, that's the best I've got. I suppose if it were such great advice I'd have eighty books instead of five. If Mo Willems gives you different advice, take it.
My Grandma's a Ninja is available at Amazon, B&N and local booksellers. Todd's blog is at toddtarpley.com.
at March 05, 2015