So, today we went to Leith - the port town east of downtown Edinburgh. It takes all of 30 minutes by bus to get there, so we braved the double decker beast for the first time. 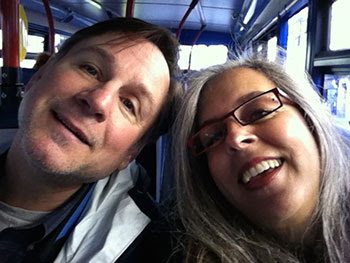 On the top layer of the bus, you can sit at the very front, with the enormous windows turning the world into a giant, sight-seeing fishbowl. Here's the view as we rolled along... 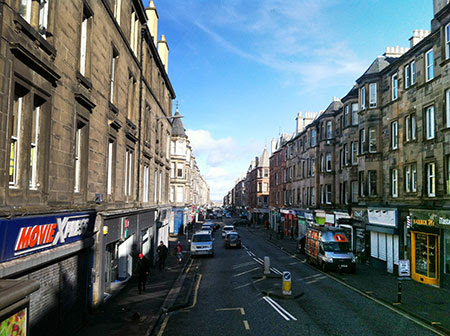 It was a beautiful day and the first thing we saw in Leith was the Royal Yacht Britannia - used by the royal family for getaways: 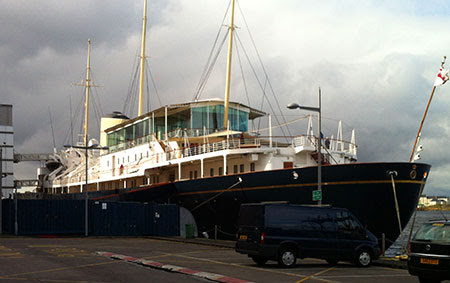 On to Leith. It really is a working port town with rivers cutting through it every which way and ducks and enormous swans a-plenty: 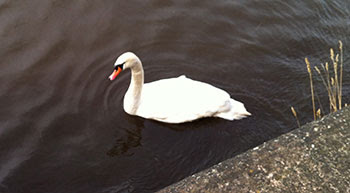 The town itself is SO charming (you can click on this photo to get a larger version if you'd like to use it as a screen saver): 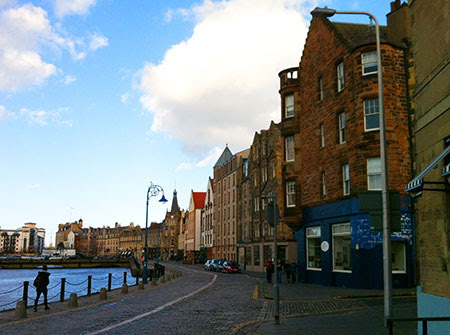 We wandered around a bit and stumbled across Water Street. Had to take a pic of course! I love the little pink owl that made a guest appearance: 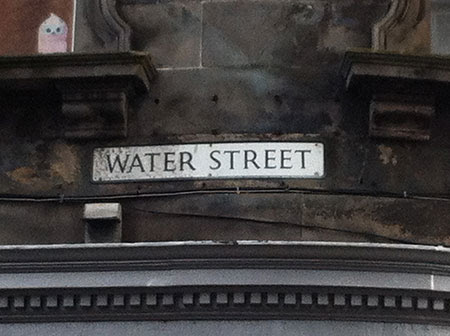 It started to rain a bit, so we ducked into a restaurant for some hot tea - served in the most civilized manner: 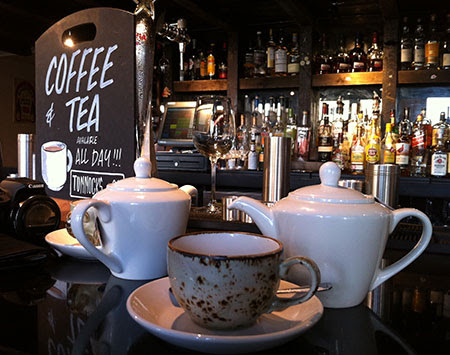 One thing I've noticed here is folks don't walk around with cups of coffee or bottles of water like in the US. If they're thirsty, they pop into a cafe (or pub) and sit and enjoy a sippa. And nobody frowns upon it - even if it's a simple, inexpensive cup of tea. I like that.
Back outside, we came upon Wisharts - one of the town's Michelin-starred restaurants. 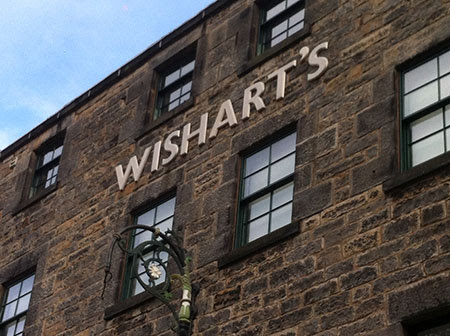 Edinburgh has FOUR Michelin-starred restaurants and two of them are in Leith. To put the level of dining here into perspective, most of the restaurants here seem to be working towards just one star, which is an enormously big deal in the restaurant world. We have had amazing meals here! In fact, it's one of the reasons I wanted to come to Europe. For restaurants like THE SHIP ON THE SHORE, where we had lunch. Not only was the atmosphere absolutely charming: 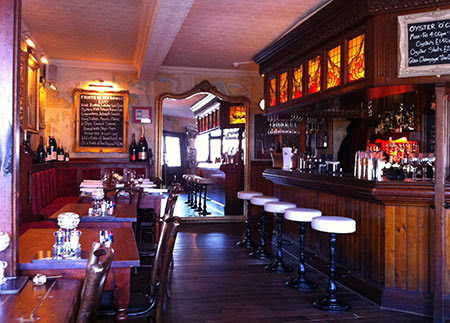 The food was out of the ballpark amazing. Stan had a seafood chowder: 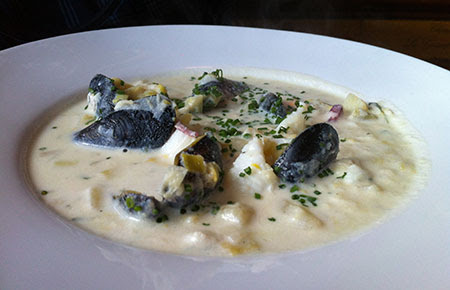 And I ordered the seafood platter: 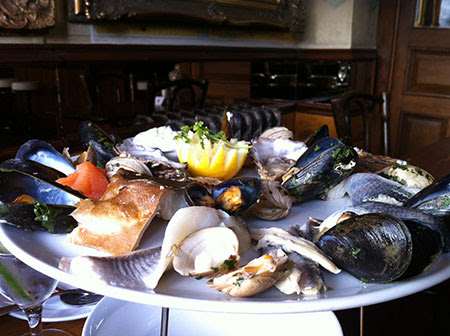 We enjoyed our meals at the most adorable little table surrounded by art, wine-box-paneled walls, and a gorgeous view of the water. It all made us both very happy. 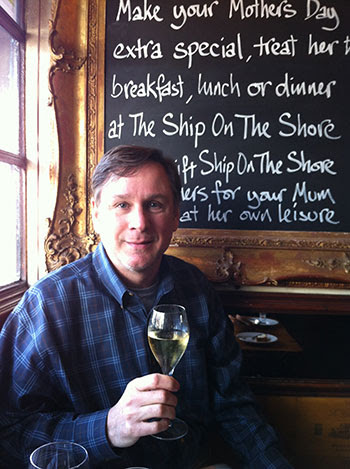 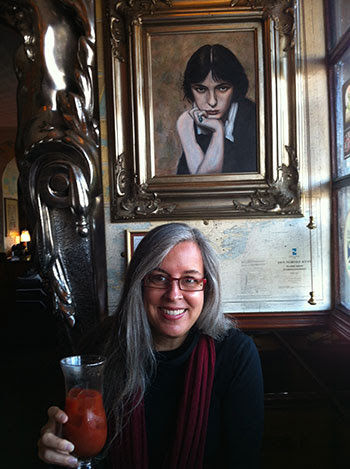 You should check out Stan's Tumblr Page (or FB page) - he is posting some great photos from our day too. But it wasn't over yet.
We needed to take the bus back (we could have walked, but it was 3 miles). We're not very good at the buses yet, so ended up with some time to kill. It was too unpredictably windy/cold/rainy to wander (although it was mostly sunny), so we ducked into Mimi's. There are a few of these around town and they are THE hot spot to gather for high tea. No wonder. Okay, so I got hot chocolate: 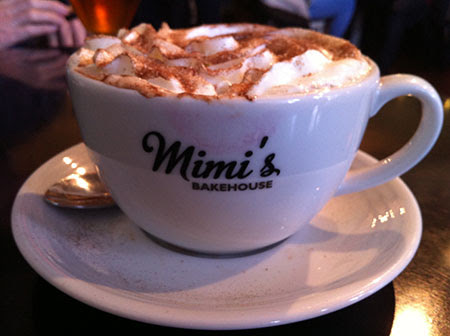 Afterwards, our bellies were full, our smiles were big, and we were grateful for the relaxing bus ride back to our flat. Where we napped until dinner (the lovely Italian place - Bar Italia - one block away with tons of gluten-free options). Gads! You'd think I'd be big as a house with all this eating, but we've been walking so much, I think I've actually lost a pound or two! LOVE this town!
at March 08, 2015