Scotland is fascinated by fire. Several traditions and ceremonies involve it in very old ways, for instance during the torch parade for Hogmany, Samhain, and the celebration of Spring or Beltane (always on April 30th), with the symbolic joining of the May Queen and the Green Man, who dies and is brought back to life each year. (Click the image to see the website and learn more about the tradition.) 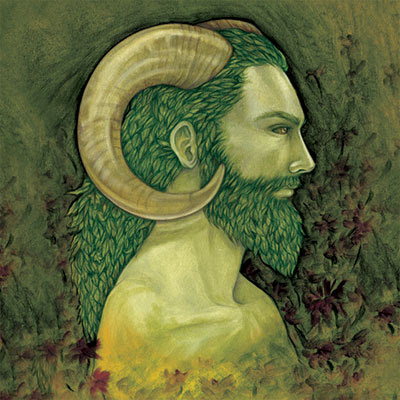 I was very excited to see this so we bought our tickets early. Stan jogs up Calton Hill several times a week, but for Beltane, the hill was restricted to manage the enormous crowd. Gates opened at 8:00. We bundled up and began our journey, which became more and more magnificent as the sun set over New Town and the Firth.

And we saw some hints of what was to come. 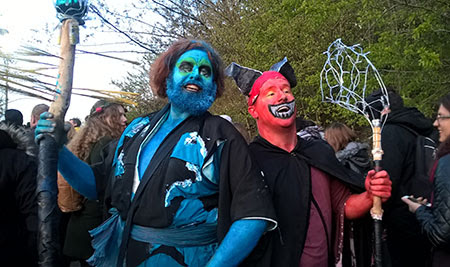 This was going to be interesting. 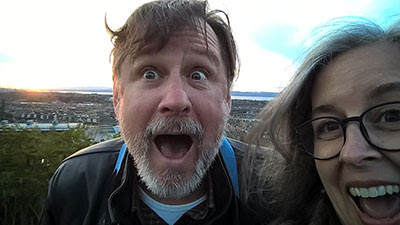 The ceremony doesn't begin until the sun goes down, so you walk around for a while, listening to the story of Beltane and admiring the amazing costumes. It makes you think an alternate reality isn't that hard to believe. 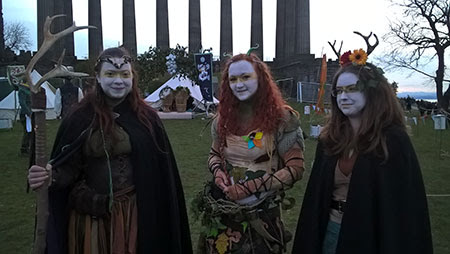 When it's completely dark, the ceremony begins. By then, it was very crowded and very cold. 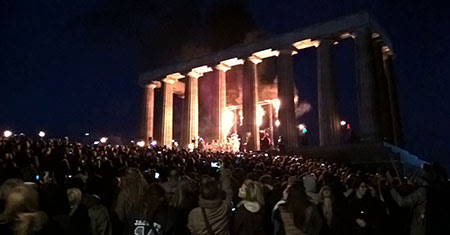 The May Queen is introduced and the procession begins... 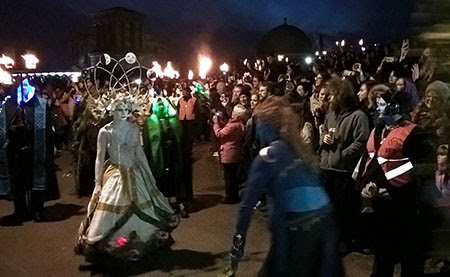 With the Green Man just behind. (I'm so sorry I didn't get a better photo of him - he was grand!) 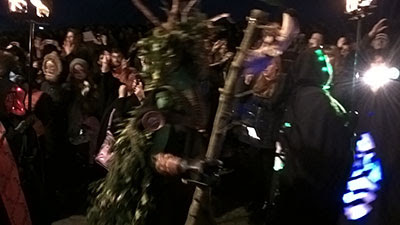 Behind them, follows the court. 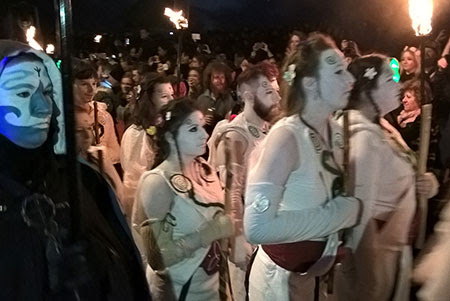 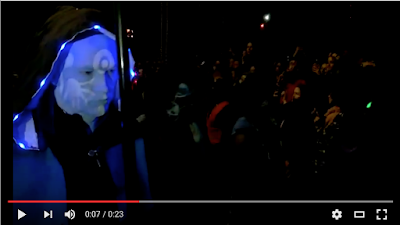 We followed the procession for a bit and saw the fire arch and dancing birds, but I have to admit, by then I was cold to the core and we went back down the hill in search of hot toddies (which we found). It took me until the next afternoon to warm up, but I'm happy to say that according ancient tradition, Spring is officially here. More on that soon...
at May 04, 2016