Who's Afraid of Virginia Woolf? - a review

My wonderful speech coach for my TEDx Talk, Mel Sherwood, recently starred in a performance of Who's Afraid of Virginia Woolf? at the Roxy in Edinburgh. She played the dynamic and very damaged Martha, a role made famous by Elizabeth Taylor in the movie version in 1966. Mel did it proud. The whole cast did. However, it is a very disturbing play. 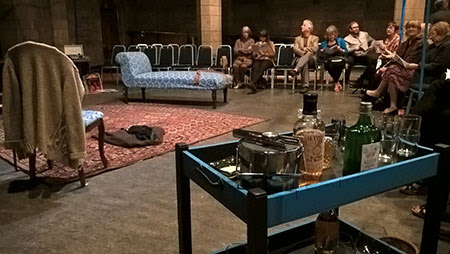 I'll admit, I did little research into the play before we attended. I had a feeling I knew what it was, but I wanted to support my friend, so I stayed open-minded to the experience. Not to mention, the play by Edward Albee won nearly every award possible when it was first released in 1962.
It's a story of broken people in broken relationships, who have created twisted means of surviving their unsatisfying lives. It obviously struck a cord with a lot of people in the tumultuous 1960s when it was released around such events as the Medgar Evers murder in Jackson, Mississippi; the Viet Cong's first victory during the Vietnam War; Martin Luther King's 'I Have a Dream' speech; and the assassination of John F. Kennedy.
While I so admired the performances, I have to admit, it was a very difficult play for me to watch. I came from an abusive background, and this play hit way too close to home for me. I was nearly in tears at several points during the performance. 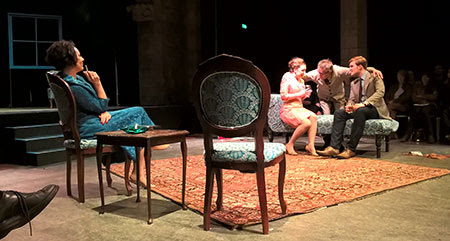 It had to be a very difficult headspace to exist in for the months of training it took for Mel and the rest of the cast to memorize the emotionally exhausting three-hour-long play, which is based completely on dialogue. It's an achievement for any actor - truly. They all gave amazing performances and deserved the standing ovation we gave them.
It just speaks to the power the arts can have, the impact they can make. I don't think anybody who has ever watched the play or the movie walks away completely the same. 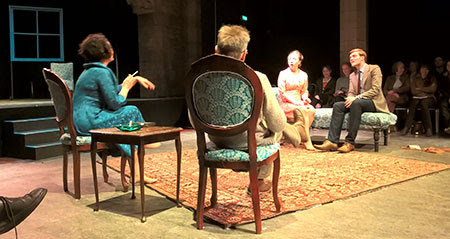 I did see that as a movie, years ago, and do recall how exausting it was. Your review is affecting, perhaps because of your personal observation of how disturbingly close to home it hit you. Thank you. LJ