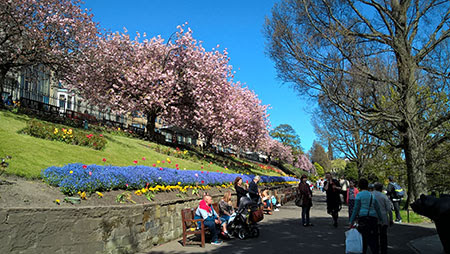 There's a new sculpture in the Prince's Street Garden by Alan Heriot...it's the new Polish War Memorial. At first I thought it was a tribute to the original Winnie the Pooh, the story by A.A. Milne based on a real-life story which happened during WWI. You can learn about that at CBS news. But no, this is another bear. 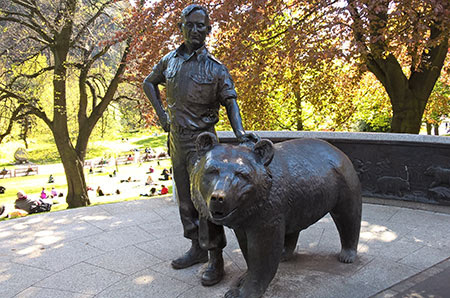 "Wojtek - dubbed the "Soldier Bear" - was adopted by Polish troops and helped them carry ammunition at the Battle of Monte Cassino. After the war he lived in Scotland at Hutton in Berwickshire, before ending his days in Edinburgh Zoo."

Apparently Wojtek loved drinking beer during his WWII days, when he helped carry heavy ammunition to the soldiers. You can read more about Wojtek and see actual photos HERE. But the story is also immortalized on the bronze relief behind him. 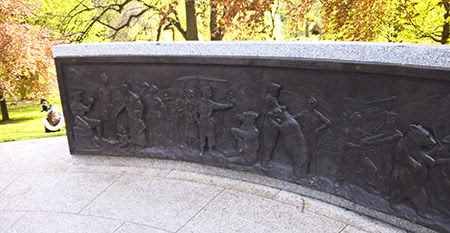 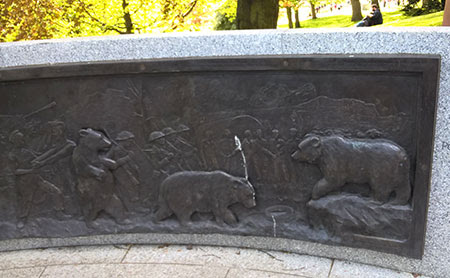 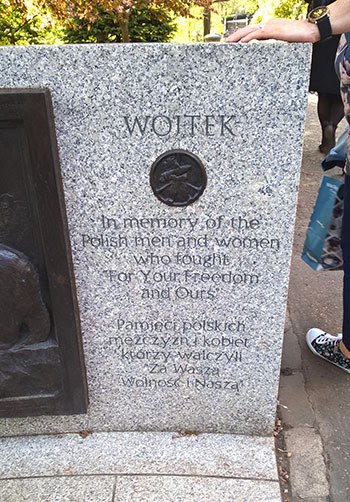 The placard reads "In Memory of the Men and Women Who Fought for Your Freedom and Ours." Not sure why it doesn't mention 'bears.' 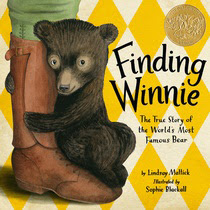 At any rate, I find it ironic that bears have shown up in war more than once. Winnie's story made it into FINDING WINNIE, the book written by Harry's grand-daughter, Lindsay Mattick. It was illustrated by Sophie Blackall and won the 2016 Caldecott Award. The story behind that story is fascinating. There was a real Winnie (Winnipeg) purchased by a Canadian soldier during WWI, Harry Colebourn, from the hunter who had shot the cub's mother. Harry was a veterinarian before the war and he raised the bear with the regiment during their training. She became their mascot. But when Harry had to go to the front, he sent her to the London Zoo for safe keeping while he was gone. Winnie was so tame, children used to go into her enclosure and play with her, including one Christopher Robin, son to A. A. Milne. Hence, the birth of Winnie the Pooh!
Sounds like somebody needs to write a story about Wojtek too! Hmmmm..... 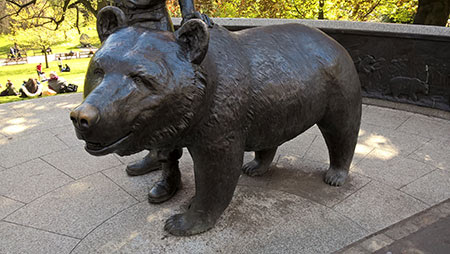 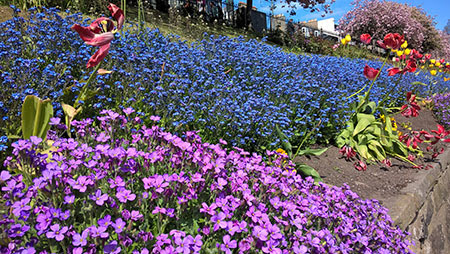