One of the great things about Edinburgh is that it is a dream destination for many travelers, which means we have had a surprising number of friends come to visit us here! Our most recent visitors arrived back-to-back. First were Prescott Hill and Lisa Michaels fresh from a few days in Ireland. We went to Meze Meze for dinner on their first night in Edina - what a feast! 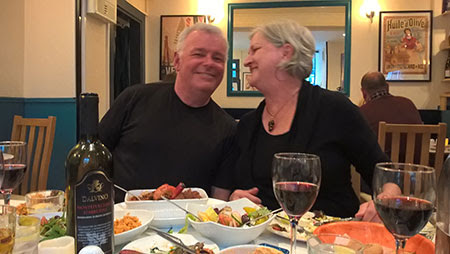 Prescott took over my position as Illustrator Coordinator for the Southern chapter of the SCBWI when I left Georgia. He is also famous for wearing a kilt back in Atlanta (he bought another one while visiting!), so it's been a life-long dream of his to visit Scotland. He and his wife finally made it and Stan and I had a blast showing them around Edinburgh. Here we are at dinner at Under the Stairs (one of my faves). 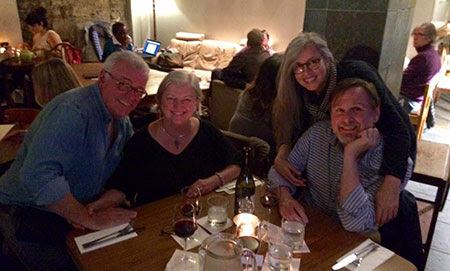 We also took them to the Whiski Rooms, which has become a mini-tradition for us. It's a high-end pub with a gorgeous view of the city, and if we can snag the table by the window, it's our favorite place to introduce folks to a flight of whisky (a must in Scotland). Here are Prescott and Lisa: 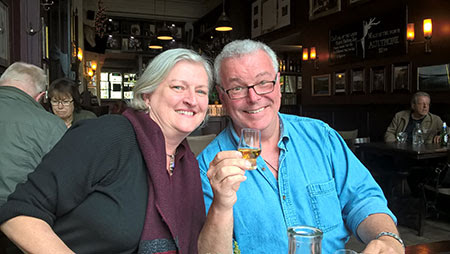 Ironically, the day P&L left, our friends Genetta and Greg arrived from Mississippi. Back to the Whiski Rooms! 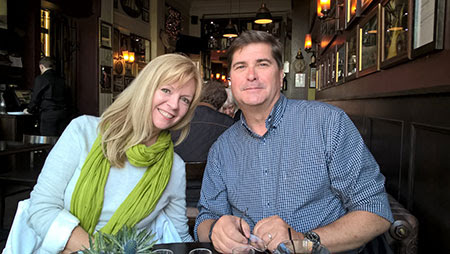 Genetta and Greg are off in the Highlands for the week, but before they left to tour the rest of Scotland, they managed to fit a lot in. Before I caught up with them they'd already done the castle (totally worth it). Here they are at the Writer's Museum (which is not where Google Maps says it is and can be tricky to find). 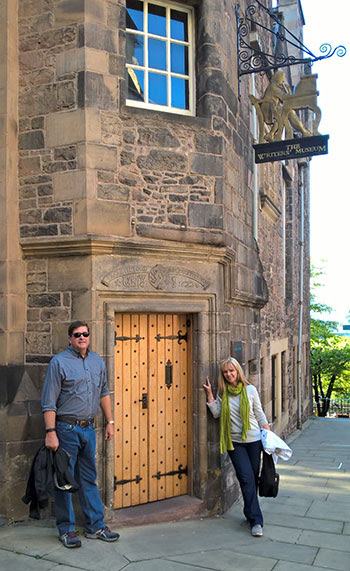 We also did the Mary Kings Close tour together. 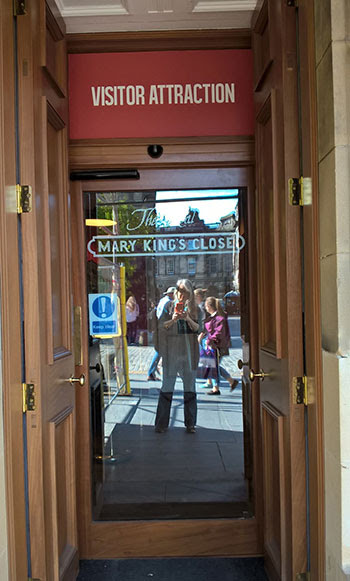 See, I knew I'd been saving that one for a reason! We did Rosslyn Chapel with P&L and the Close with G&G!
Mary Kings Close is an old Edinburgh alleyway that has since been built over and on top of. Not much down there has changed except for the lack of light, which apparently wasn't all that different considering how closely together the buildings stood. It's a peek into what life was like here for hundreds of years, without plumbing, in horrid conditions, including the plagues. Ugg! It's very educational and definitely creepy. You can't take photos inside, but they do offer a red-light photo to purchase, which we did as a souvenir. 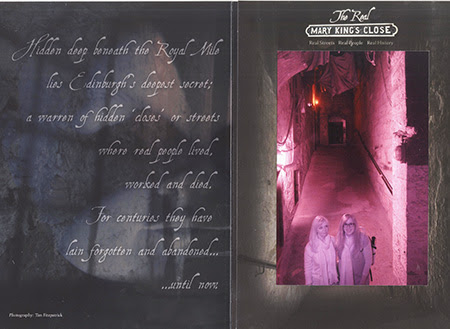 Hidden deep beneath the Royal Mile
lies Edinburgh's deepest secret;
a warren of hidden 'closes' or streets
where real people lived,
worked and died.
For centuries they have
lain forgotten and abandoned...
...until now.

Like I said, creepy!
So, a week later, Genetta and Greg came back through town, after an amazing week in the Highlands. We got together one last time before they caught a sleeper train to London. First, cocktails at the Radisson and then dinner at our fave French restaurant, La Garrigue. 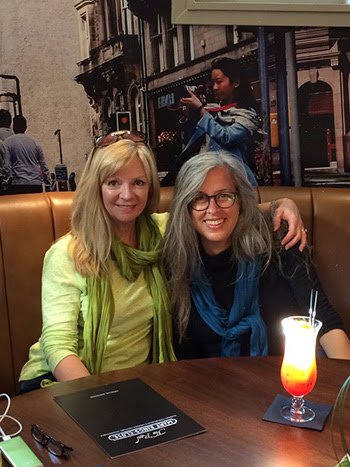 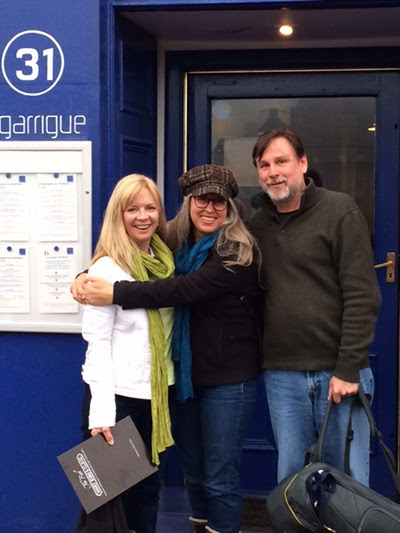 I love it when friends come through. They have become my enablers to eat well and experience parts of the city we haven't discovered yet. They are also an excuse to PLAY! Happily, when I get back from Hollins this summer, we'll have lots more back-to-back folks visiting as that's the month of FRINGE. I can't wait!
at May 30, 2016

Getting to visit with you and Stan magnified our delightful experience in Edinburgh, Elizabeth! Your newfound home agrees with you both. It's a magical corner of the world.

I'm loving your Edinburgh adventures and posts! And look forward to seeing you this fall! :)

I loved getting to hang out with you and your hubby, Genetta!