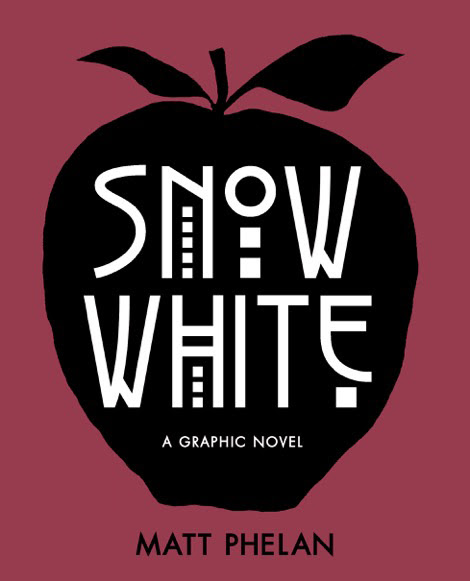 e: Hi Matt! What is your creative process/medium when doing a graphic novel like Snow White? Can you walk us through it?
Matt: I always begin with a script that basically describes everything you will see, panel by panel, including dialogue. My editor and I work on the script through as many revisions as necessary until we reach the final draft. At that point I begin drawing thumbnail sketches, very small and loose based on the script. Generally, I do a second round of sketches to develop the visual ideas. This version is scanned into the computer and I add the dialogue to create the book dummy. When that’s approved, I begin the final art using (in the case of Snow White) pencil, ink, and watercolor on watercolor paper. The final art for Snow White took about ten months to complete. 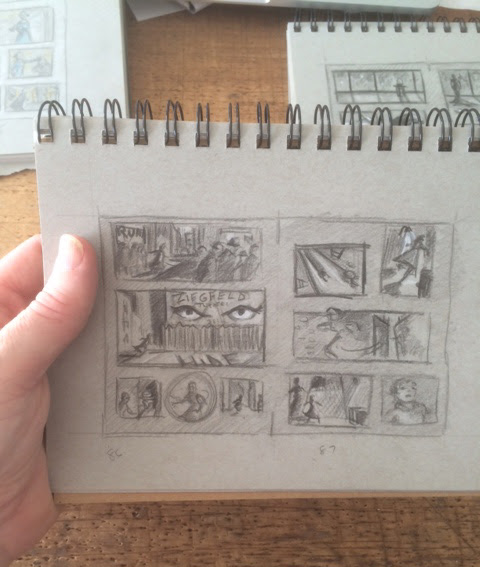 e: You’ve written and illustrated picture books and graphic novels. What are the biggest challenges switching between the two?
Matt: I honestly think that writing picture books is more difficult due to the shorter length. It’s more like writing a poem. Graphic novel writing requires economy and precision as well, but you can stretch out a bit. Graphic novels are more of a drawing challenge because of the sheer number of drawings, but the mechanics of what you are doing – telling a story visually – are actually pretty similar. 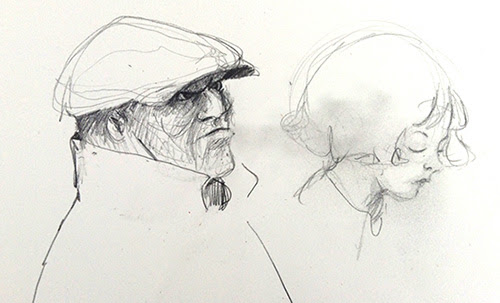 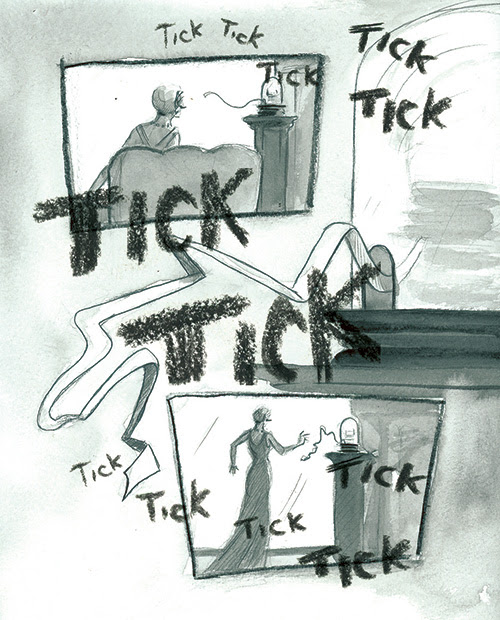 e: Is there a unique or funny story behind the creation of Snow White?
Matt: One day I made the connection between apple peddlers in the Great Depression and the disguised queen in Snow White. From there it became a sort of brainstorming exercise. What changes when you place this story in that setting? Eventually I became more interested in the story I could tell about those characters and it shifted from an exercise to a book I needed to write. 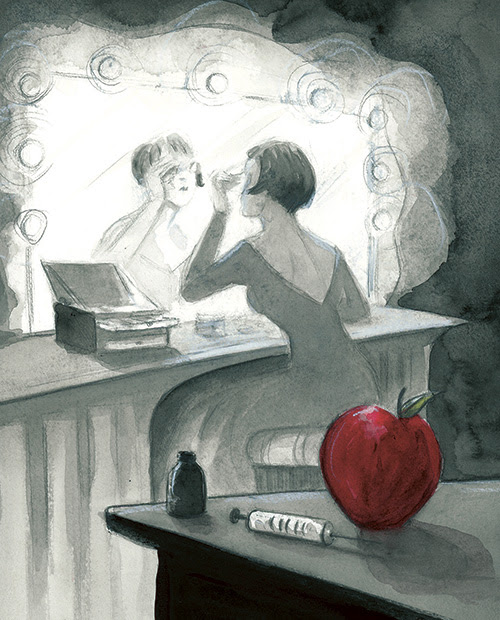 e: What has been the shape of your career? (Not a list, or an actual shape - ha! But the general path of it. Make sense?)
Matt: I was fortunate to start my career by illustrating two books at about the same time: The New Girl…and Me a picture book by Jacqui Robbins and The Seven Wonders of Sassafras Springs by Betty Birney. So right off the bat I had the chance to illustrate for young children as well as middle grade readers. And I’ve kept that balance going ever since. Eventually I started writing but that was always part of the plan. There were sketches for what would become The Storm in the Barn in my first portfolio. Those early Storm drawings landed me the job of illustrating Seven Wonders, actually. I’ve continued on the same general path of illustrating books written by others as well as my own and going between picture books, chapter books, and the graphic novels. 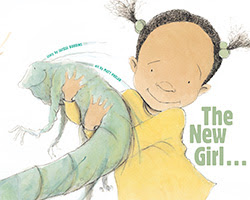 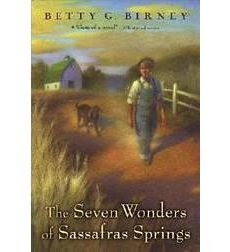 e: What do you think makes an illustration magical, what I call "Heart Art” - the sort that makes a reader want to come back to look again and again?
Matt: I know exactly what you mean. That’s the quality I’m most interested in achieving in my work. It’s a very ephemeral quality and sadly not something that you can achieve by following certain steps as you would to master perspective, for example. I’ve found my training in acting has helped my illustration a great deal (I majored in film and theater in college). I try to approach drawing by asking myself what the character is thinking and feeling at that moment. What has just happened in the story? How does that make the character feel? It’s like drawing from the inside out. 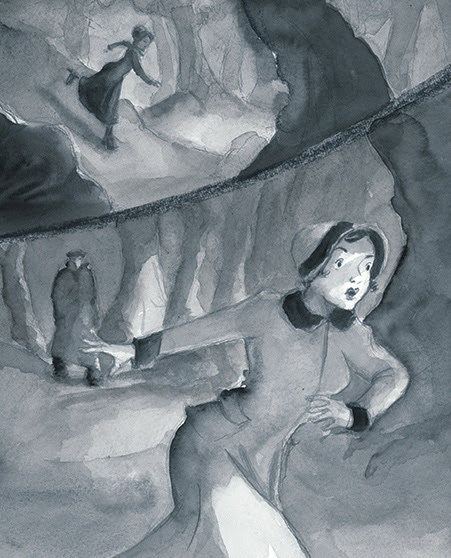 e: What is your favorite or most challenging part of being a creator?
Matt: The most challenging aspect is simply doing it again and again. When I imagined being a children’s book illustrator, I thought there was going to be many more walks in the park and general coziness. It’s a difficult job, but it is by far the best job I’ve ever had. The job itself is my favorite part. It’s an wonderful way to earn your living. 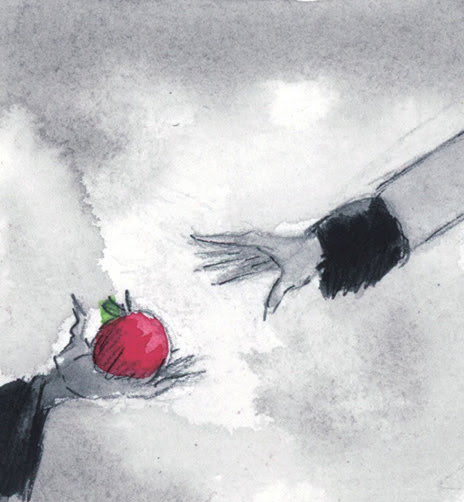 e: Is there something in particular about Snow White you hope readers will take away with them, perhaps something that isn’t immediately obvious?
Matt: In my mind, it’s a story about a kind young woman and her effect on a desperate gang of street boys. It’s about believing that no matter how dark things can be, there is still beauty in the world. Good will eventually triumph over evil. The fairy tale was the framework, but that was the story I was trying to tell. 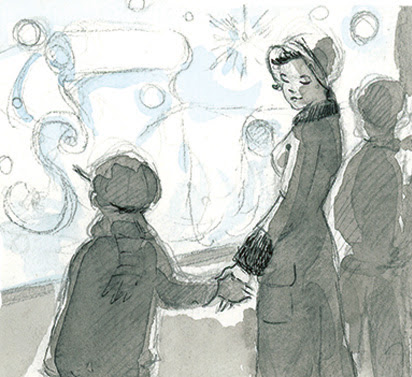 e: What are you working on next or what would be your dream project? Or have you already done it?
Matt: I’m currently working on a sequel to my first illustrated chapter book, Knights Vs. Dinosaurs (which publishes in October). These books have been a lot of fun to write and draw and are very different from my graphic novels. I think it’s important to try something new and to stretch as an artist. 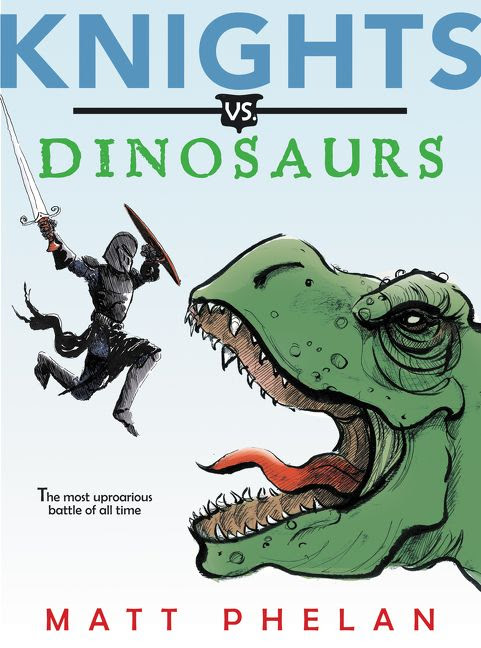 I’m not aware of a particular dream project… but I feel like I’ve been given amazing opportunities to write about things that fascinate me. The Dust Bowl, fairy tales, 19th Century travelers, and Buster Keaton could all qualify as Dream Projects. Pigs on a picnic would qualify, too. 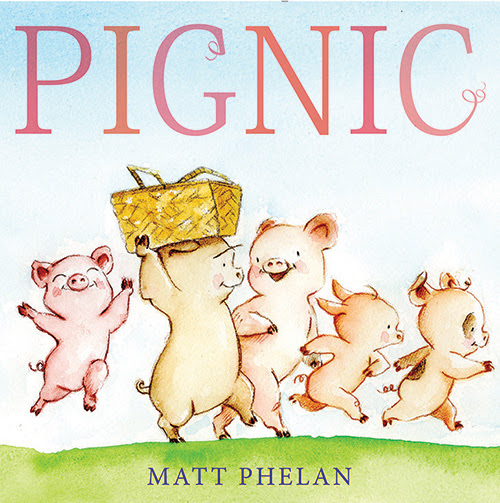 e: Wonderful - thank you, Matt! Check out Matt's studio below. 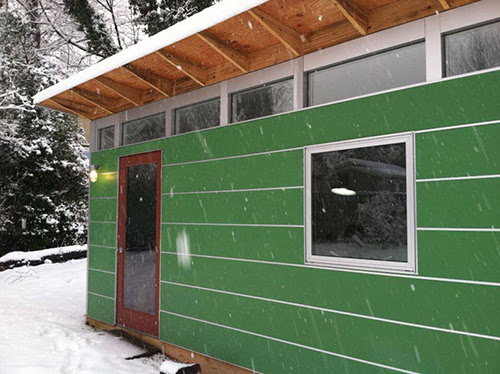 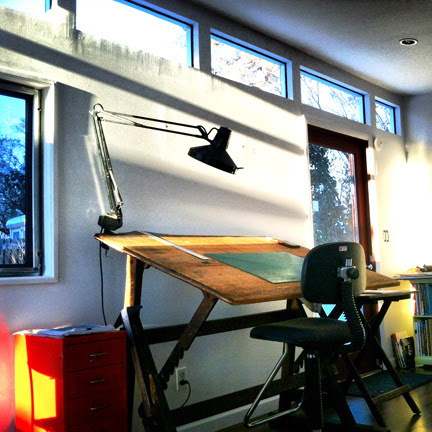