You know I love celebrating the work of friends, like Kevan Atteberry. He has a book perfect for this spooktacular season. He stopped by to talk about creating GHOST CAT... 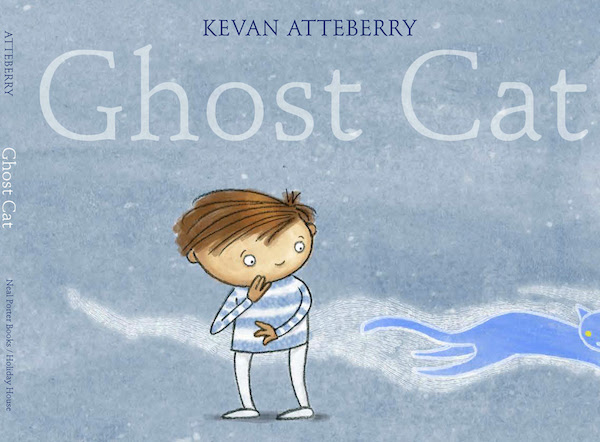 e: Hi Kevan! What was your creative process/medium for GHOST CAT, can you walk us through it?
Kevan: Hmmmm...Do I have a process? As far as illustration, it often seems my process is heavy in the slapdash with a little bit o’ crazy. But I also read/heard somewhere, there is order in entropy. (Was that in Jurassic Park?) I suppose what drives this method is my advanced degree in procrastination. Nonetheless, it seems to work. My medium is primarily digital, though I am trying to come up with a traditional painting technique for a book I have coming up. My editor asked me to consider painting it. I think it will end up being a hybrid of painting and digital.

As far as writing, well, I struggle. Writing is hard. And because I am not a writer first, and I love good writing so much, I tend to second and third-guess everything in real time. Which is aggravating and defeating. So, I write in spurts and rewrite in spurts and depend heavily on my critique groups. It would be nice to lay down a manuscript in one fell swoop, but that has only happened to me once.

e: I hear you! What was your path to publication?
Kevan: I’ve belonged to SCBWI for 26 or 27 years. And have been on our region’s Advisory Committee for about 20 of those. Being attached, involved and part of the kidlit community helped me immensely. I also took classes on making picture books and attended a lot of conferences. Meeting others working towards similar goals and being in critique groups is invaluable. That was a part of my path to publication. I got illustration assignments with kids’ magazines and eventually a few books in the educational markets. I submitted to traditional publishers on my own for years, until finally, in about 2005, I got my first trade book.

e: Is there a unique or funny story behind the creation of this story?
Kevan: There is indeed a story behind GHOST CAT. We had a black cat that showed up at our door years ago. Just hung around on our front porch for days. I told my wife if she fed it, it would stick around. She fed it. And…we had a cat. Years after that, my wife was diagnosed with young onset Alzheimer’s disease and she could no longer work. She stayed home and that cat was her companion during the day while I went to my studio in Seattle. Eventually I had to move my studio home to be her caregiver. A couple years after I did, the cat died. And I had to tell her numerous times that the cat had died. Each time was like she was hearing it for the first time. Anyway, point is, we had a cat and the cat died. Another year went by and I finally had to place my wife in a home because being her full-time caregiver became too difficult. Living totally alone now, I started to notice things dart by in my periphery vision. I am sure there is a perfectly logical explanation for it, but I decided that it was the ghost of our cat. Which is much more interesting and comforting. And I decided to write a book about a ghost cat. I didn’t know where it would go, but my critique group, who liked the story and saw much more there than I did. They pointed out that since I had placed my wife, I had a ghost in my house. And it became extremely important for me to get the story right. Which I think I did. This became a story about moving on without giving up what came before. It is about hope and permission to love again. 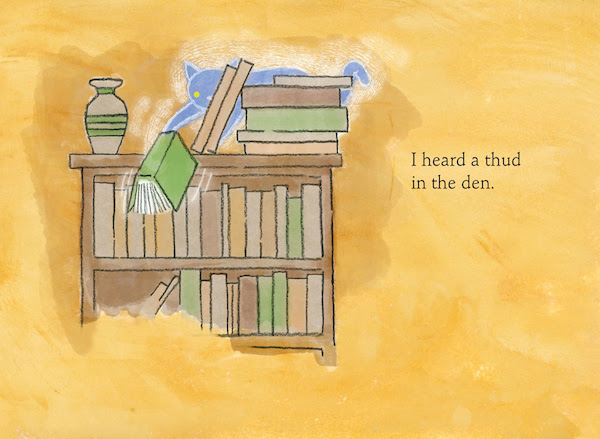 e: I'm so sorry, Kevan. I remember how the entire children's lit community rallied behind you as you struggled through that difficult time. Here's to Pink Drink Night.

What do you think makes an illustration magical, what I call "Heart Art” - the sort that makes a reader want to come back to look again and again?
Kevan: Oh! Good question! I think any illustration that makes you inhale sharply when you first see it is magical. If it evokes an emotion—any emotion, empathy, humor, sadness, glee—that is magic. A static picture of a bear cub can be nice. But a frightened bear cub clinging to a log in the middle of a rushing river, or rolling happily among wildflowers, or wrestling with a sibling might pass that inhale test. 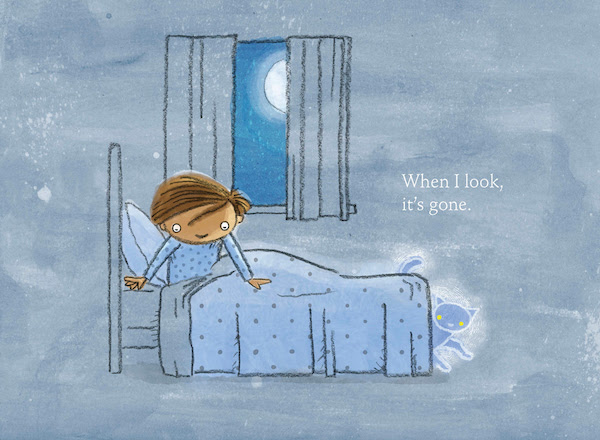 e: How do you advertise yourself?
Kevan: As a Pisces with a good sense of humor, somewhat of a sapiophile, with a strong liberal leaning, that likes walks on the beach, a fine single malt, and cribbage. Favorite color: Periwinkle 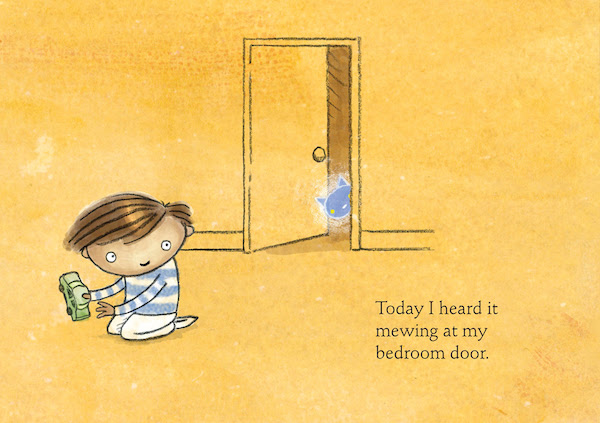 Unless you mean how do I advertise my work. Then I’d have to say most of it is social media—Facebook primarily. I know I need to up that game some and am thinking of getting back to the old school postcard program. Also, I’ve put a full-page ad in one of the Illustration annuals that probably comes out pretty soon. Haven’t done that in 20 or so years so we’ll see if that pays off. 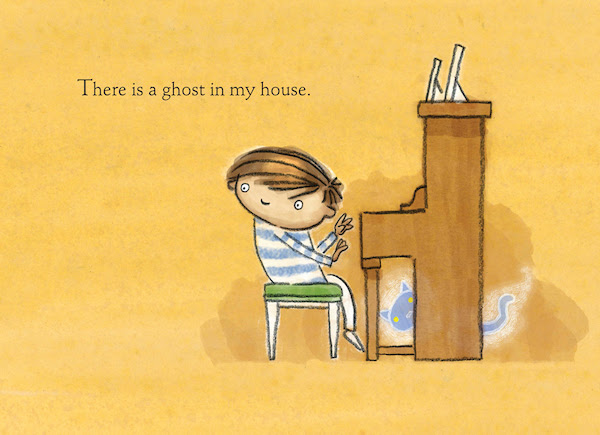 e: What is your favorite or most challenging part of being a creator?
Kevan: Let’s see, a couple of favorite things…When your agent sends you an email saying something you’ve written has sold. The validation and feeling of success at that moment can fuel me for months. At the opposite end of that scenario, when a book comes out and you read it to your target audience and get enthusiastic approval, or when a kid is excited to meet you and lauds you and the book, those things can make my heart soar.
As far as challenging things, pretty much everything in between the above scenarios. 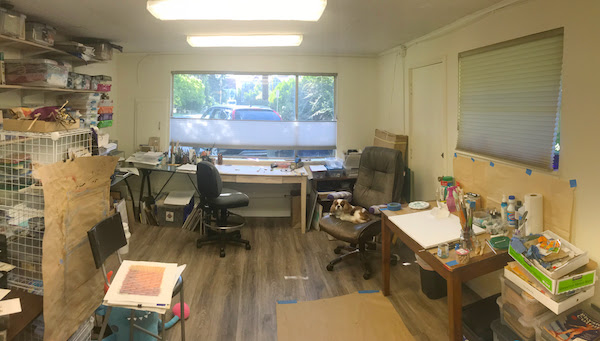 e: Is there something in particular about GHOST CAT you hope readers will take away with them, perhaps something that isn’t immediately obvious?
Kevan: I’ve seen GHOST CAT touted as a book about grief and it really is not. It is a joyous book about hope and patience and love and happiness.
One other thing I hope people notice is the opening and closing lines. It’s a subtle thing, but important. 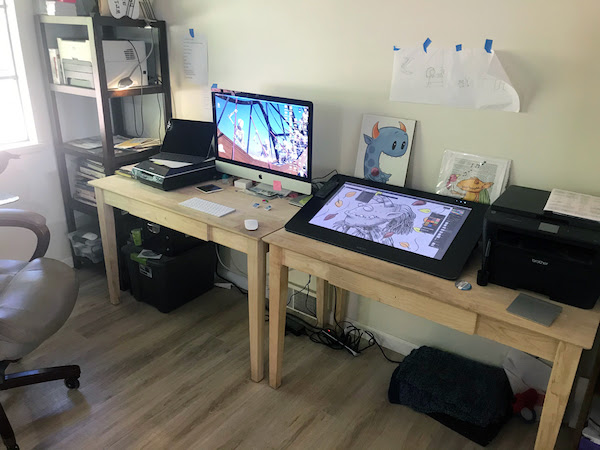 e: What are you working on next or what would be your dream project?
Kevan: The next three books I have coming out I am just the illustrator. But they are by authors I absolutely adore (two by Dori Hilstead Butler, and one by Liz Garton Scanlon), as with the publishing house.
As far as dream projects, I would love to illustrate a book of poetry for the many rhymes I bang out with no real place to put them. 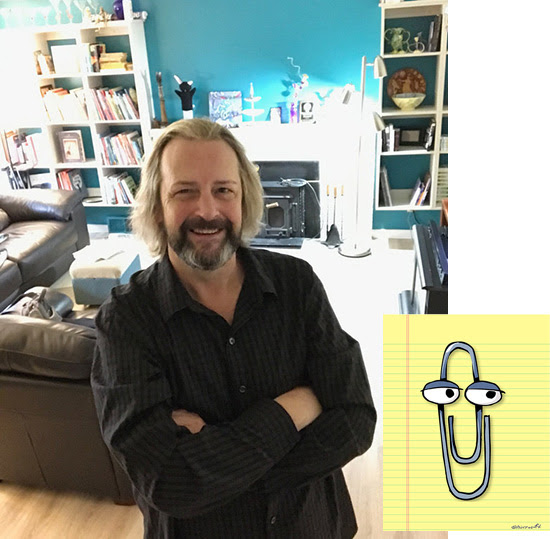