Four of my students graduated this year from the Certificate in Children's Book Illustration at Hollins University. I'm so proud of them! Here are Julie Coyle, Kelsey Findlay, Kassy Keppol and Shawn Walton: 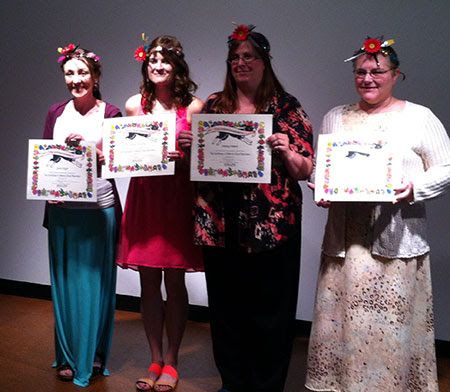 And Kassy with her ever-present and helpful brood: 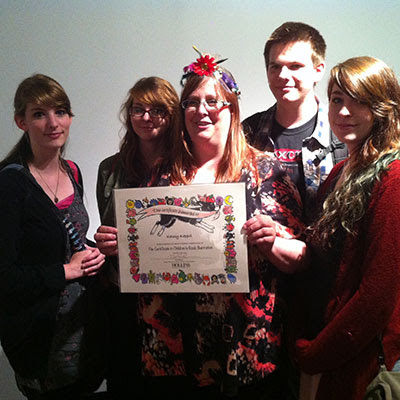 And Kelsey and Shawn in "Otis" - the busy elevator in the Visual Arts Building: 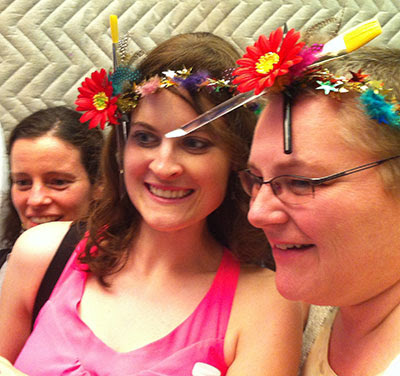 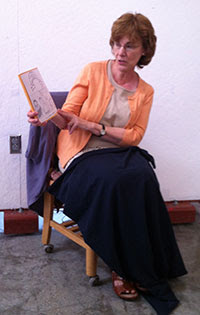 But before they graduated, they had to complete their final assignment, which was to read their book dummies to the class. Because, after all, picture books are a kind of performance art and are not completely finished until they are being read aloud to an enraptured audience. In this case, it was an audience of exhausted classmates, who assumed the role of kindergartners. Here's Marilyn Mallue to the right and Lucy Rowe below. 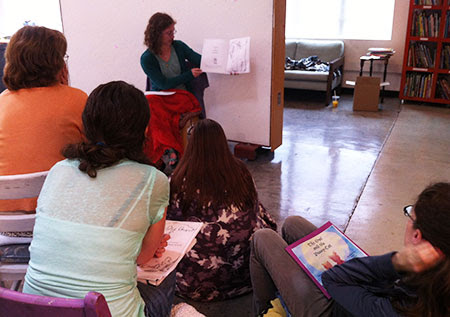 As you can imagine, the lack of sleep and deep sense of accomplishment led to things quickly deteriorating out of control. The audience played their part well, shouting out random facts and observations. We were all laughing so hard we were in tears.
What was clear was that everybody had done a great job, and had a great time in the process of creating their books. It was also clear how close they'd all grown over the last six weeks of late nights, sometimes tears, and struggles. I was lucky indeed to have such a group of kind, funny, and caring students this year. I'll miss them all but wish them well as they continue to chase their dreams! (And some are coming back next year to pursue the MFA in Writing and Illustrating Children's Books!) Here's Julie, Shawn, Kelsey and Shawn: 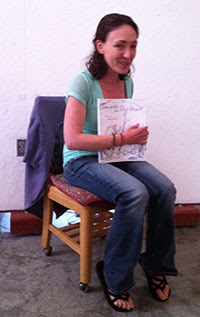 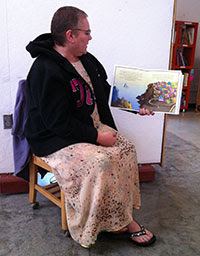 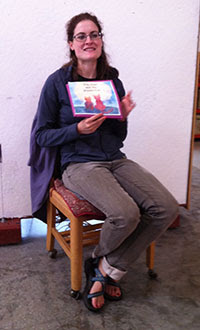 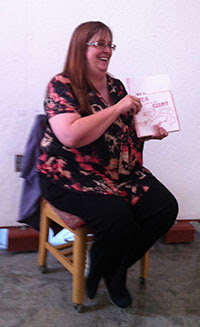 Email ThisBlogThis!Share to TwitterShare to FacebookShare to Pinterest
Labels: Hollins

We were taught by the best! We are so fortunate to have had the opportunity!