It's the thick of summer so I thought I'd cool you off with a new book by Mary Ann Fraser! 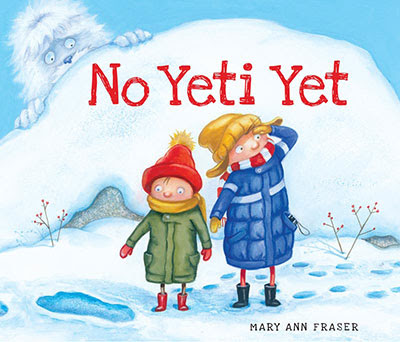 NO YETI YET
By Mary Ann Fraser

For me, creating picture books is a lot like skiing. There’s the initial rush when you launch yourself into the project, followed by the silent screams when you realize that you may have taken the black diamond trail by mistake. You dig in your edges to carve around the twists and turns, dodge a few near collisions, and sigh in relief when at last you arrive at the end in one piece. But some books are more like the slow, steady slog down a bunny slope, so flat in areas you stall out and find yourself walking to the lift to go up and try again. Such was the case with NO YETI YET.

The project had its roots in an earlier picture book that I sold years ago about a boy adopted by a bigfoot. Soon after completing all of the art, the publisher-who-shall-not-be-named abandoned the book. I tried to resell it, but with no success. Several years later, I pulled my sad, orphaned picture book from my “slush file” and showed it to my new agent Abigail Samoun with Red Fox Literary. We both agreed that the story was no longer viable for the market as written. She suggested I create a new story based on the bigfoot character. Fond of the abominable snowman in the Christmas classic, “Rudolph the Red-nosed Reindeer,” I quickly morphed the bigfoot into a yeti—sans sharp, pointy teeth but with a penchant for hot cocoa.

As an author/illustrator, I have learned after many books that it’s best if I focus strictly on the text in the beginning. Leading with the pictures has often led to stories short on plot and shy on substance. Instead, I pay special attention as I draft to developing the characters, the rhythm of the words, and in creating a satisfying ending. In NO YETI YET, I wanted to capture the thrill of the hunt while playing with the notion that perceptions can be misleading. I was also interested in role reversals. When the two boys finally meet the yeti, it is the know-it-all older brother who panics and the younger, more anxious brother who is quick to recognize a friend.
Once I had the basic story nailed down, I did a blizzard of character studies. The yeti went through several mutations before I was finally satisfied. The boys, with their skinny little legs poking out beneath their over-sized winter coats, were easier. They reminded me of Ralphie’s little brother in “A Christmas Story”—all bundled-up, arms scarecrow straight, hat pulled down to his eyes.

During the sketching phase of the process, I expanded upon the story by adding small forest animals to follow the boys as they battled the elements in search of a yeti to photograph. Throughout, the brothers are completely unaware that a yeti is following right behind. With the help of the art, the reader is in on the joke from end page to end page.

After more drafts and dummies than I dare to count, I was ready to paint some sample spreads—well, almost. In my mind, a picture book illustrator is never more than an indentured servant to a story. It is the tone and intent of the words that ultimately dictate the technique, medium, line, and palette. To that end, I experimented with several media but realized that acrylic on paper best captured the mood I was after and together with matt medium allowed me to build texture and translucency in a way that added interest. The next challenge was figuring out how to paint a white yeti against a snowy background under bright lights while avoiding the perils of “snow blindness!” (Snow goggles, anyone?)
Mary Ann's studio: 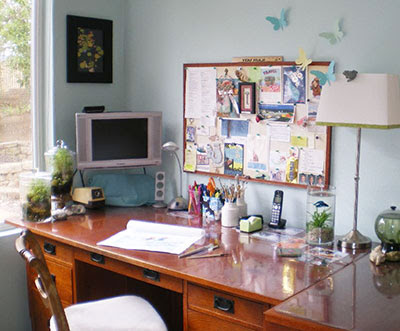 There were the usual redo’s, the discarded “darlings,” (you know those bits that are too clever for their own good), and the near misses when the project makes it to acquisitions only to be shot down, but with the guidance of my patient agent, the project sold to Peter Pauper Press. My yeti had found a home. Mara Conlon, my wonderful, insightful editor, nurtured him, gave him a good dose of tough love, and in the end the book made it to the printer ahead of schedule. How often does that happen? 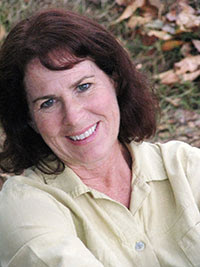 Start to finish it was a great run. So, yeah, NO YETI YET, did not have the rush of bombing straight downhill, but that doesn’t mean it wasn’t without its heart-pumping spills, chills, and thrills. So, back in line for the next chairlift to the top. I wonder which trail I’ll take next?
To learn more about Mary Ann Fraser or NO YETI YET, visit maryannfraser.com.
at August 27, 2015

Brava to Mary Ann & to cocoa-loving Yetis all over the world.