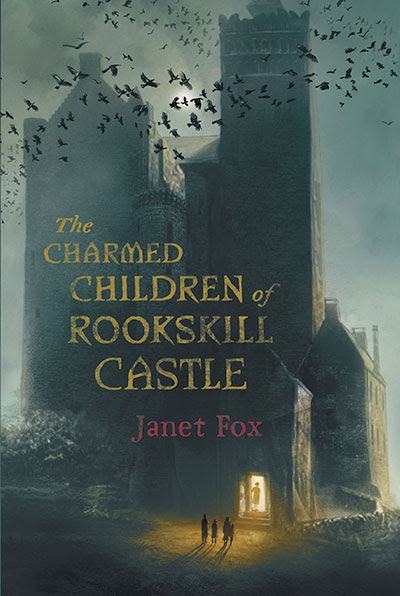 Summary: THE CHARMED CHILDREN OF ROOKSKILL CASTLE is a middle-grade novel set in a rundown Scottish castle during WWII. The lady of the manor has set it up as a temporary boarding school for children escaping the Blitz. But something is not right with that castle or that lady, and the children begin disappearing one by one. There are clues that hint that a spy is in the house; there are signs that can’t be denied that there is a sinister magic. It’s a race against the clock for one girl, her two younger siblings, and her new best friend to get to the bottom of things.
Why My Next Novel Is Middle Grade
by Janet Fox

My debut middle grade novel, THE CHARMED CHILDREN OF ROOKSKILL CASTLE (Viking), will be out next March. After launching three successful young adult novels, why did I move into this new realm of writing for younger readers?
The answer is pretty simple. This story came out in the voice of a twelve-year-old girl.
Almost all of my stories start with a character who says something inside my head. (No, I'm not crazy; I just think I'm a good listener.) She'll begin to tell me something in her own way, in her own voice, with inflection and intonation right from the beginning. In the case of CHARMED CHILDREN, Kat Bateson is a practical girl with a mathematical mind who doesn't - won't - believe in magic. She likes clocks and adores her family, especially her father, who is on a dangerous mission for MI6 during World War II. Kat is smart and stubborn, and the minute she started talking I knew she'd get herself into trouble. She'd especially get into a fix if she was confronted with something inexplicable, and most especially if her younger brother and sister were threatened.
Since Kat is twelve, there was really only one way for me to tell her story, and that was to write it as middle grade.
I was so pleased when, in one of my first conversations with Kendra Levin, my editor, she told me that the voice in CHARMED CHILDREN was spot-on, and she couldn't believe I'd written three YA novels and hadn't written a middle grade before this. I told Kendra that it was Kat's story, so that's the way it had to be.
It may help to know a few things about how children mature, and the psychology of childhood development, too. Not that I have made an in-depth study; but I did teach both middle grade and high school English, and I've paid attention to the literature, especially more recent research into the developing brain.
Middle graders are still very involved with their families, attached to parents and siblings, and define themselves as part of a family circle. Young adults are searching for themselves as individuals within the context of the larger society (and often with rebellious behaviors that come from the push-pull of drawing away from family). Not only should the character's voice be true to her age, but her interests and concerns must follow suit.
In the case of CHARMED CHILDREN, Kat's worry over her father and her attentiveness to her siblings are right attitudes for the middle grade mindset. This is in contrast to the main characters in my three previous novels, whose concerns are mostly about their romantic relationships and the influences of society on their trajectories.
Will I abandon writing young adult novels? Not at all. I have two in draft now, as well as two other middle grade novels underway. Each one of these stories is driven not by what I age group I want to write for, but by the voices and interests of my main characters. 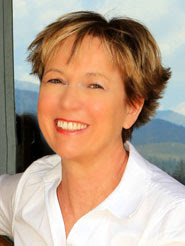 I'll admit I had a great time writing this middle grade novel. It was fun to play with magic and mysteries, both elements found in middle grade more often than in young adult novels. I found myself transported back to my own middle grade experiences before everything in my world became colored by the knowingness of adolescence. I'm looking forward to writing my next middle grade novel for that reason, but I won't abandon my teenage characters forever. 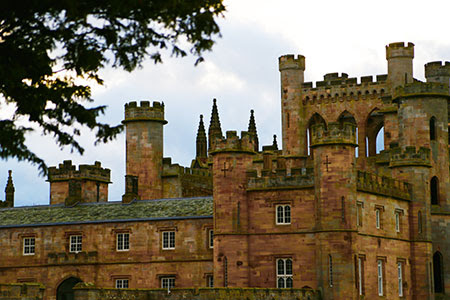 Janet recently went to Scotland for research. I think this castle helped!

Bio: Janet Fox writes award-winning fiction and non-fiction for children of all ages. Her published works include three YA historical romances: FAITHFUL (Speak/Penguin Group, 2010), FORGIVEN (Penguin, 2011), and SIRENS (Penguin, 2012). Janet's debut middle grade novel THE CHARMED CHILDREN OF ROOKSKILL CASTLE is an historical fantasy set in 1940 Scotland (Viking, 2016). Janet is a 2010 graduate of the MFA/Writing for Children and Young Adults program at Vermont College of Fine Arts, and she lives in Bozeman, Montana. She's represented by Erin Murphy, Erin Murphy Literary Agency. You can also find her at www.janetsfox.com
at August 06, 2015

Oh, this looks SO good, Janet--can't wait to read it!