Martin Salisbury is one of the top academics in the Children's Lit world, partly because he was instrumental in establishing the Masters in Children's Book Illustration program at the Cambridge School of Art, Anglia Ruskin University, which remains the only full-illustration program for children's books in the world to this day. So, the book he created with another admired academic, Morag Styles, Children's Picturebooks: The art of visual storytelling was a highly valued tome. Martin dropped by to talk about the new 2nd edition of the book. 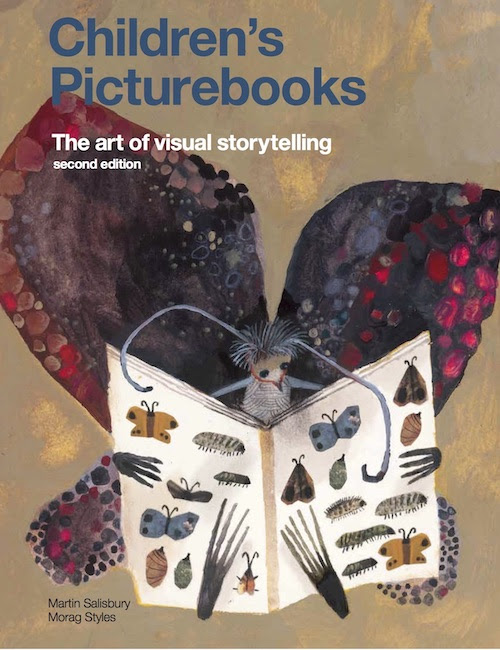 e: Welcome, Martin! This book must have been a huge undertaking - how long did it take to put together?
Martin: Well the 1st edition came out in 2012 and I’m struggling to remember exactly how long we spent on it. Publishing is quite a slow business and both Morag and I were working full-time in those days at our respective academic institutions so a lot was done over the Summer break. I think had our first meetings in 2010. Of course once our part is finished there is long process of design and production.

e: It’s had an enormous impact on the children’s lit community since it’s publication, leading to this second edition. How did the publishers let you know they wanted more and what new information did you include?
Martin: That’s good to hear. I do think it has had an impact. We have seen a real growth in the children’s book sector in recent years and, especially pleasing to me, so many more overseas picturebook-makers are being published in English now. A good example is our wonderful cover artist, Beatrice Alemagna. I have known her for many years and had tried and tried to help her get published over here but was always told that she was ‘much too sophisticated for the UK market’. Now her books are big sellers here.
The original edition has been one of Laurence King’s best sellers for several years, it was reprinted four times I think. They were considering reprinting again but decided to ask us to work on a revised and updated 2nd edition. The children’s publishing landscape has changed so much recently. So we discussed what changes were needed- the explosion in creative non-fiction, growth in small independent ‘studio’ publishers and the consequent ‘copycat’ effect with the major publishers setting up ‘arty’ imprints. The rise and fall of the so-called ‘picturebook App’ and the increasingly incidence of books that deal with issues of global concern in subtle, poetic ways. 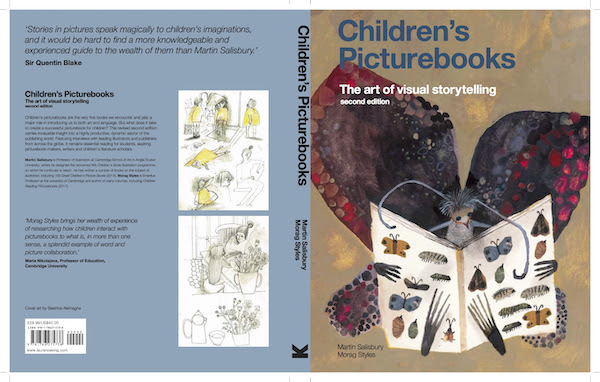 e: Morag is also a renowned academic in children’s literature - how did your collaboration begin and what did you hope to accomplish together?
Martin: I had known Morag for a long time. We are both based in Cambridge and we developed some shared lecture programmes where our studio-based MA Children’s Book Illustration would join up with Morag’s children’s literature students for lectures and sometimes they would sit in on our group critiques. We had often talked about pooling our knowledge in a book.

e: I’m gobsmacked by all the included images. How did you navigate copyrights for all those books?
Martin: At all art & design publishers (I also work with Thames & Hudson) you are allocated a picture researcher. Of course we choose all of the images but the researcher chases up all of the formal permissions. It can be an expensive business- there seems to be no logic or consistency to the amount charged by artists’ estates or literary agents. Most of the current illustrators and students provide work for free of course. Our wonderful researcher on the 2nd edition was Cheryl Thomas. 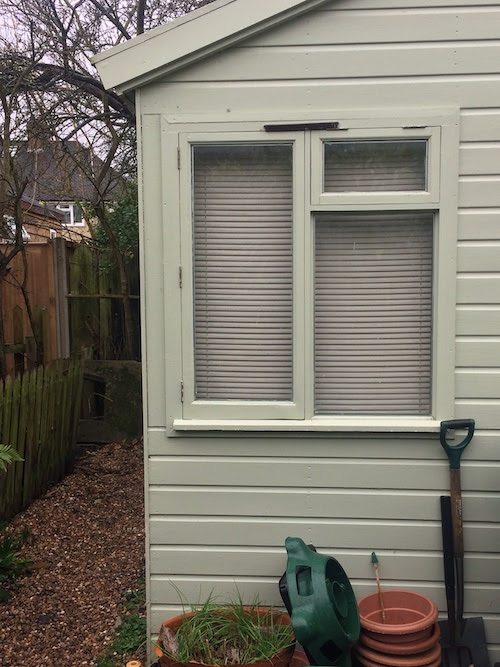 Here's a rather uninspiring photo of my studio/ workshop, where I do most of my writing. Too messy inside!
e: Who is the book specifically for… and who do you hope will find it and also treasure it?
Martin: I think the book’s publishers see it primarily as a book for illustration students and it is certainly used a lot in that context but I know that it is bought by a lot of people working in the children’s publishing industry and it seems to be of interest to the general public too.

e: Was the book a direct result of your years in the Anglia Ruskin MA in Children’s Book Illustration program - how did those two roles overlap/connect?
Martin: I see it all as continuous loop – my practice as an illustrator (lapsed though it is) informs my teaching, the work with amazing students informs my research and my research feeds back into my teaching. 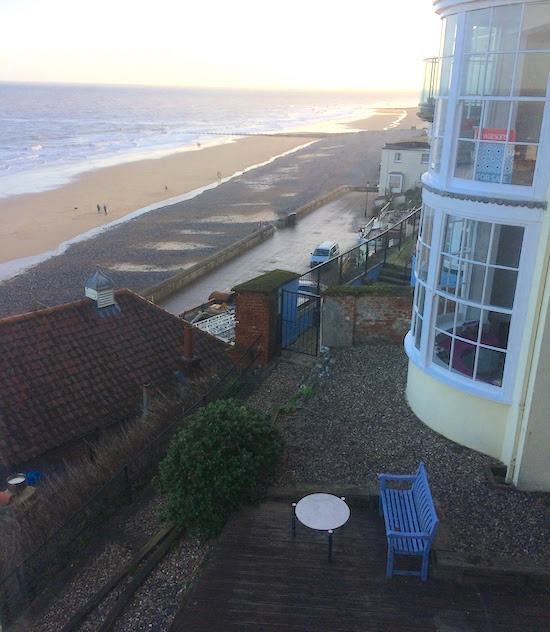 Another of Martin's writing spots by the sea in North Norfolk—here's a view from the window.
e: Anything else you’d like to add?
Martin: 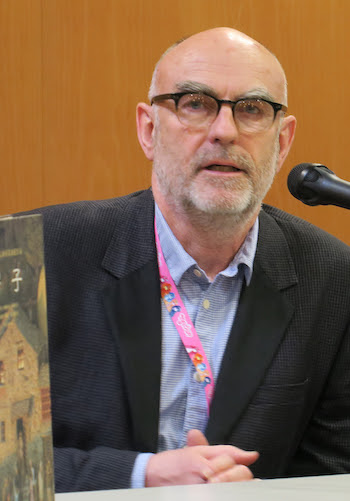 I think for me a driving motivation is to bring theory and practice in picturebooks closer together. `there is so much academic theory out there from the theoretical perspective- focussed on the finished book and its ‘meaning’. But the practitioner or maker’s voice is rarely heard. I think a lot of people think a picturebook just comes together magically.