Edinburgh is full of layers. The castle was built on a dormant volcano, so you can imagine the labyrinth that lies underneath the city and the hills that lie on top. I can't tell you how many times I've thought I was at ground level only to cross a bridge and look down at a whole other city going on below. It makes for hidden treasures everywhere. It fun!
Stan has gotten especially good at finding these hidden treasures. For instance, our new exercise path. You go north from our apartment to the bottom of the hill. 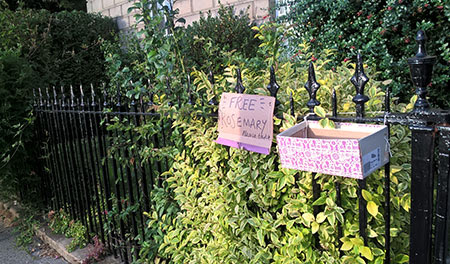 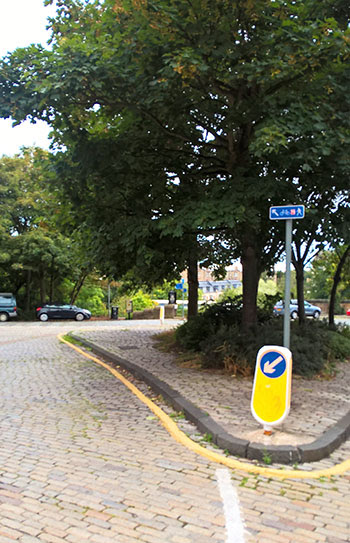 There, you find a winding path. 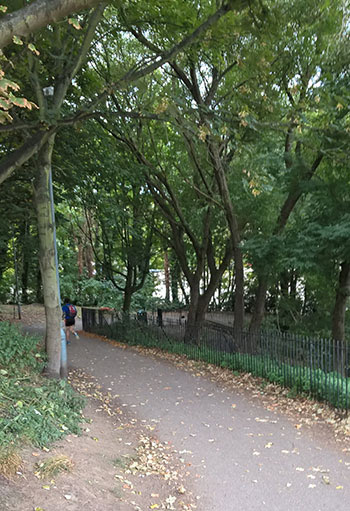 Which goes past an elaborate and sprawling playground. 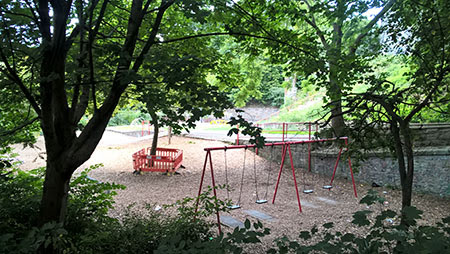 And then enters a long tunnel which is impeccably kept up and well lit. At the other end, our path has begun. We choose to go to the right. 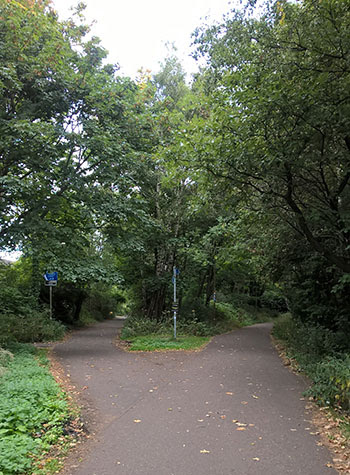 It reminds me of...
The Road Not Taken
By Robert Frost

TWO roads diverged in a yellow wood,
And sorry I could not travel both
And be one traveler, long I stood
And looked down one as far as I could
To where it bent in the undergrowth;

Then took the other, as just as fair,
And having perhaps the better claim,
Because it was grassy and wanted wear;
Though as for that the passing there
Had worn them really about the same,

And both that morning equally lay
In leaves no step had trodden black.
Oh, I kept the first for another day!
Yet knowing how way leads on to way,
I doubted if I should ever come back.

I shall be telling this with a sigh
Somewhere ages and ages hence:
Two roads diverged in a wood, and I—
I took the one less traveled by
, And that has made all the difference. 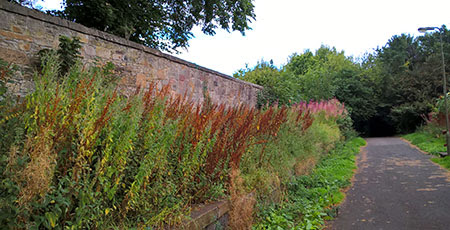 The path is only for walkers and bicyclists (stay on the left here lest a bike bell will tell you to move over). And it is LOVELY. 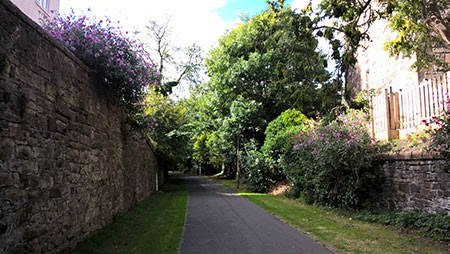 The path leads through quiet winding woods, under several tunnels, 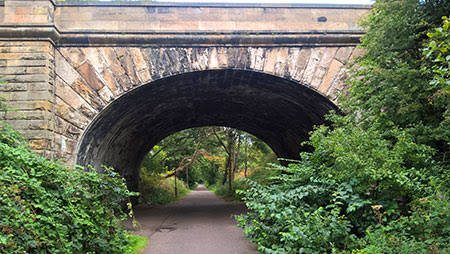 and let out in Newhaven. Yes, that is the Firth of Forth in front of us. 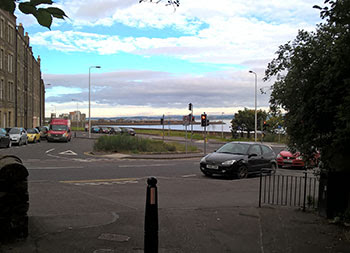 We haven't even walked two miles yet, and the walk just gets better.
To be continued...
at September 14, 2015

I'm so enjoying learning about Edinburgh through your eyes, words and flavors! oxoxo

I agree with Lisa, wonderful to see everything with new eyes and enjoyment of beauty.

This reminds me of just how much I walked when I was living in Exeter. And they were such lovely walks, all the neighborhoods, parks, and even the urban centers. I think that stayed with me, and I continued to walk a lot when I was home—which was pretty easy in northern New Jersey—maybe not quite as "clustered" as the UK tends to be, but definitely less of the urban sprawl that's so prevalent in the US. Unfortunately where I am now is nothing but, and I've fallen out of the walking habit. Don't get me wrong, New Mexico is AMAZING for walking—if you're out in nature (the mountains, the high desert, and all the variations within), it's just a different kind, right? I can't wait to see more of your amazing daily walks. :) -m.

I know Melinda - the walking is one of my favorite parts about being here. I love not having to get in a car to get any and everywhere! Trusting my own feet! :) e