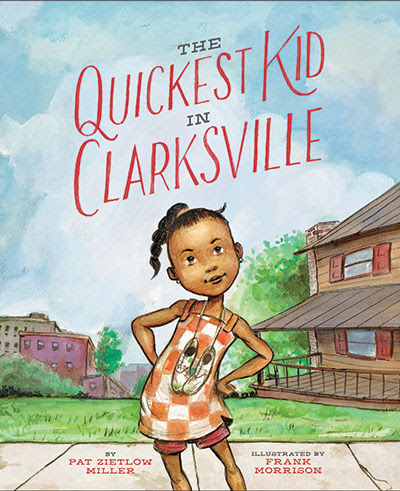 Maybe you shouldn’t judge a book by its cover, but there’s no question that people do. My 13-year-old, for example, browses the shelves at our local bookstore and only picks up books with covers that pique her interest.
If I suggest one I’ve heard good things about, she gives the cover a cursory look and moves on if it doesn’t meet her standards – which currently seem to involve girls wearing long, flowing dresses.
The cover of my upcoming picture book does not feature a girl in a long flowing dress, but I’m hoping it’s compelling enough to make people take it off the shelves.
The book is THE QUICKEST KID IN CLARKSVILLE. It’s coming from Chronicle Books in January 2016, and it tells the story of Alta and Charmaine -- two girls living in 1960 Clarksville, Tennessee, who are huge fans of sprinter Wilma Rudolph, who won three gold medals in the Rome Olympics.
They want to be just like her, and compete to see who’s faster. Alta and Charmaine share having Wilma as a hero. But they don’t initially seem to have much else in common. Charmaine has brand-new shoes, which she’s quick to talk about, while Alta’s sneakers have seen better days.
The story is fiction, but Wilma Rudolph really did grow up in in Clarksville, Tennessee before achieving Olympic fame. And, Clarksville really did throw a welcome home parade for Wilma after the Olympics. And, Wilma really did say that she would only participate if the parade was racially integrated. The organizers agreed, and the event was the first non-segregated major event in the city’s history.
Frank Morrison drew the art for this book, and his cover shows Alta with her worn-out shoes. Despite that, she looks downright confident that she can beat any comers in a race.
I’ve admired Frank’s art in books like LITTLE MELBA AND HER BIG TROMBONE and I GOT THE RHYTHM. Frank illustrates children’s books and also creates gallery art. His bio describes him like this: “Frank Morrison was born in Boston in 1971 and moved with his family to New Jersey in 1980. A self-taught artist, he began his career as a pre-adolescent graffiti artist. As a member of a break-dancing crew, while touring Europe, he visited the Louvre museum in Paris and was inspired to choose painting as a career. His work is steeped in old world values of family, community and religion though typically rendered with mirth and high-spiritedness.” 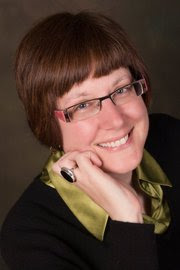 You can see all Frank’s amazing art at his website.
THE QUICKEST KID IN CLARKSVILLE will be out in time to celebrate the ‎2016 Summer Olympics in Rio de Janeiro, Brazil. And in time for the opening of the Smithsonian Museum’s National Museum of African-American History and Culture, which will debut in 2016 in Washington, DC. Wilma will be featured in exhibits. If you want to make sure you have the book the first day it’s available – Jan. 26 – you can pre-order a copy from Barnes & Noble or Amazon.

Read more about the author, Pat Zietlow Miller at her website, and read an interview with Pat when her smash hit SOPHIE'S SQUASH came out on my blog - CLICK HERE.
at September 10, 2015