Rana DiOrio's WHAT DOES IT MEAN TO BE KIND - guest post 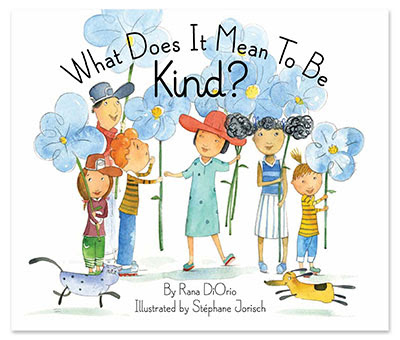 Strangely, or serendipitously, I have not previously been asked to reveal the story-behind-the-story of What Does It Mean To Be Kind? So, what you are about to hear is known only to me and my Cowboy, Reg.
I met Reg 21 years ago when he was selling financial printing services and I was a young corporate securities lawyer (aka “deal jock”) during the Tech Boom in Silicon Valley. I was working 80–100 hour weeks and many of those were attributable to all-nighters at the financial printers, babysitting revisions to pages in registration statements bound for the Securities and Exchange Commission. Fun times.
During one of those long nights when I was proofing pages alone in a big conference room at 2 am, I started to sob softly. I was lonely, burned-out, and, well, feeling sorry for myself. Much to my surprise, Reg walked in and sat down next to me placing a box of tissues in front of me, “Here you go, RaneDear.” That's all he said. And I proceeded to unload my misery on him. I told him that this wasn’t the life I had imagined for myself. He listened patiently for quite some time. Then he encouraged me to maintain perspective and to persevere. He left me to get my work done as he got some work done himself, then he walked me to my car as dawn broke. He was kind to me.

I was also friends with Reg’s wife, Elise, and they invited me to work out with them at their gym on Saturdays. Reg and Elise worked out five days a week, and I had never seen the inside of a gym before that point. You can only imagine the patience required to incorporate a newbie into their training regimen. But Reg wanted to make sure I had a good time, so he really took care of me. He was kind to me.
We maintained our friendship through his two and my three marriages. During that time he had two children and I had three. In March 2013 he reached out to me from Denmark where he was living and working. He was raising capital for his company and wondered if I could help him. I said, of course. While on Spring Break with my family we Skyped to brainstorm potential investors. It was then we realized that for the first time in twenty years neither of us was married or in a relationship. We hatched a plan to meet in London in September 2013—what’s another 6 months when you’ve already waited twenty years, right?
In September, I flew to London to visit friends. Reg and I made plans to have dinner on Friday night. I had not seen Reg in person for 10 years. Reg is not on any social media, so I had not even seen a picture of him during that time. As the cab drove me through the rain to the restaurant, I had butterflies in my stomach like a teenager heading to a first date.

When I arrived at the restaurant, I got out of the cab with my big umbrella and approached the windows slowly. There he was, sitting at the front corner table looking down at his phone. He was wearing a suit and tie. He had a full beard that I could tell had just been trimmed and a new haircut. He looked magnificent. I stared at him for at least five minutes, smiling, before I lightly tapped on the window to get his attention. He met me at the entrance of the restaurant. As the hostess waited, he said, “RaneDear, you look as lovely as the last time I saw you.” Then, he put his hands on my face and said, “So there’s no question about whether this will happen tonight . . .” and he kissed me slowly and tenderly. He was kind to me.
We enjoyed a memorable dinner. We shared stories and laughed. We caught up on a decade of life. We talked a lot about our children. We shared pictures on our phones. We discussed what it is like to be a parent today and how it was different for our parents. Then Reg asked me, “What is the single most important thing you want to teach your children?” I answered, “To be kind.” He responded, “That’s your next book.”
I started to write the manuscript on my long haul flight back to San Francisco. Reg and I began seeing one another every five or six weeks. I shared my drafts with him and continued to refine the manuscript whenever I was at 35,000 feet. Truth is, I have written all of my titles on long haul flights. As a former investment banker, I’ve always associated long flights with uninterrupted time to get work done. Almost two years from our first date when the inspiration hit, we published What Does It Mean To Be Kind? 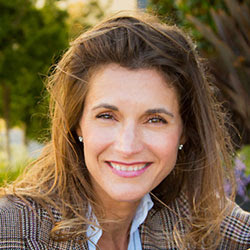 Rana’s bio:
Rana has written her way through life—as a student, a lawyer, an investment banker, a private equity investor, and now as an author and publisher of award-winning children’s media. Her interests include practicing yoga, reading non-fiction and children’s books, dreaming, helping entrepreneurs to realize their dreams, effecting positive change in the world, and, of course, being global, green, present, safe, and kind. She lives in San Francisco, California with her Cowboy and three Little Pickles. Follow Rana DiOrio on Twitter @ranadiorio.
at September 17, 2015

I love this story! It makes KIND all the more special! Thank you for sharing, Rana! And thank you Elizabeth for having her share!

The Cowboy has always been one of the kindest persons ever. He is my boy. Jan