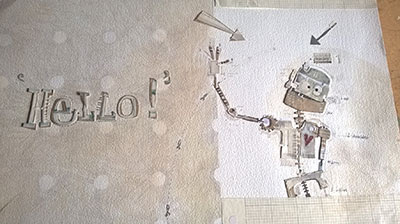 A mutual friend and editor, Kelly Barrales-Saylor, recently introduced me to Julia Patton. She had a feeling we would get along famously. Oh my, was she right!
The other day I took the train down to Berwick-Upon-Tweed (pronounced "Burrik"). It's about halfway to Newcastle, a stop I had previously passed right by.

Julia met me at the station with the warmest smile and friendliest wave. The station itself immediately informed me that I was in a much fought over territory between the English and Scottish. 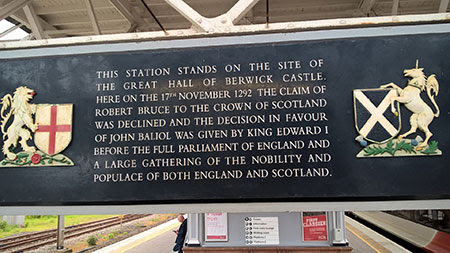 This was going to be fun. Julia called it a speed-dating play date. And that's exactly what it was. She first drove me around the town of Berwick (which takes about five minutes). I saw the old walls which kept out the English, French, or Scots depending on who occupied it at the time. Although my photos were lacking, take my work for it. It's an adorable little town. Absolutely adorable.
Then we went to Julia's home. It is property of the Duke of Northumberland (as are all the buildings in Berwick), and is called "The Doll House." 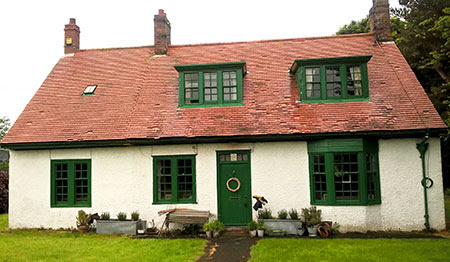 And it is obviously the home of an artist. Even the most utilitarian of things appear as still lifes waiting to be painted. 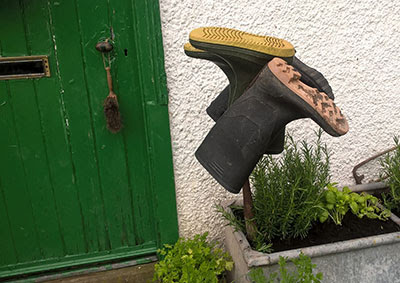 Inside was equally as charming. Vignettes were everywhere and I went a bit nuts with my camera. 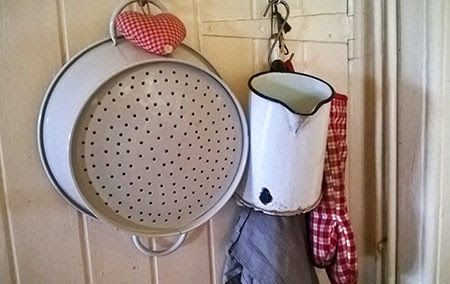 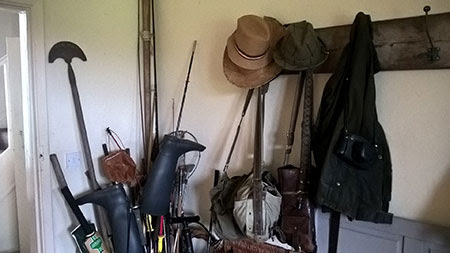 Here's Julia in her sweet kitchen with a view to the outdoor fire pit, party area.

To the left of the fire pit is her sons' treehouse. I'm not sure I've ever seen a more perfect one. 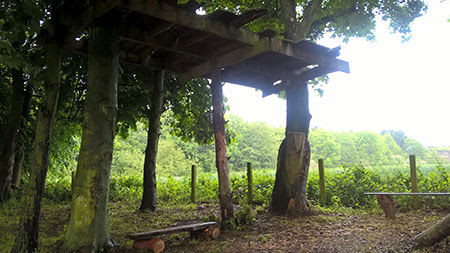 Just behind the main house is a smaller one, Julia's studio where she can "get messy." 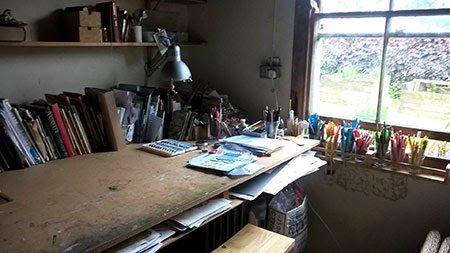 And enjoy the view of her garden. 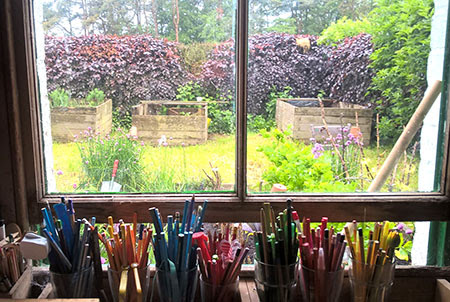 Which is lovely, despite the slugs she is in constant battle with. 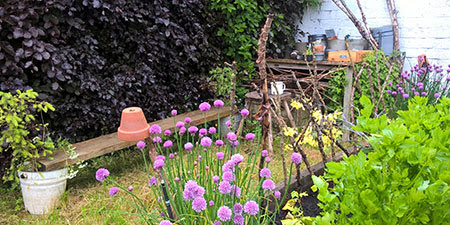 I took tons of photos of Julia's work. But it occurred to me that most were from books that are about to come out. Publishers may not like the early releases. So, I'm sharing the image above and one of aliens from her "A to Zed" book of ideas and artistic style. It's become her working portfolio and is a diary of explosive illustrative genius. 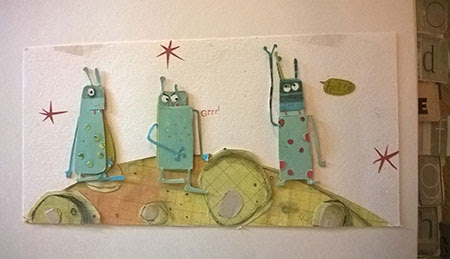 We sat at her farm table and had jasmine tea as we talked about finding one's illustrative voice. I'm in the thick of a struggle Julia went through several years ago. She shared how she got through it and found her very distinctive style. I learned so much from her!!!
But this wasn't all about work - this was about PLAY. So off we went down the coast to lunch. More on that soon...
at June 13, 2016

What a wonderful post! I love all of it - Berwick, Julia, and especially her willingness to share her struggle and most importantly, how she got through it! She is a treasure! And your inviting pictures delight my heart.

What a lovely home! I love seeing what spaces other artists work in. I have a studio but it lacks the view she's using in her space. I sometimes turn my chair around to work off my easel and look over the park across the street - but I must plant some more flowers out my window. Thank you for sharing!

What a great post! It is so much fun to meet artists who live in other places. If you ever run into a printmaker that lives somewhere in Scotland (not Edinburgh, but I think you might find her work there, or she might show up to teach a workshop) Sarah Ross-Thompson is a printmaker working in collagraph, which is an intaglio method like etching, but instead of etching into a plate, you create textures by adding materials to a plate (which could be a piece of cardboard.) Anyway, her work is wonderful. We discovered her when visiting in Salisbury last year and have since bought more of her work and struck up a kind of "printmakers across the sea" kind of friendship.
I think you would enjoy the spontaneity of working in collagraph. I am planning some experiments combining that with mono prints.
Glad you are having such a great experience in Edinburgh.

Panda - I love collgraph! I will have to look her up. Thanks so much for sharing. Cheers! e