Each summer I like to feature the Children's Literature Faculty at Hollins University, to help celebrate their successes. I kick off this summer's features with the author of over 110 books, Candice Ransom, and her latest picture book... 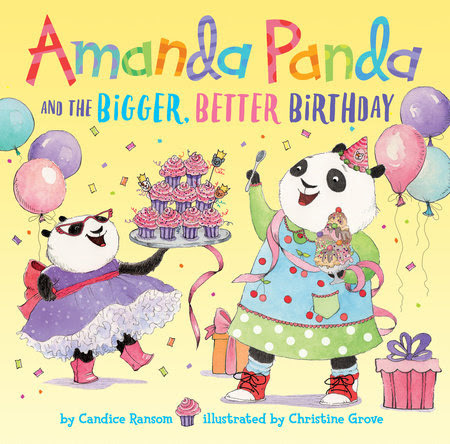 In the spring of 2015, I was asked by Frances Gilbert of Doubleday to write a picture book about a cute panda character created by an illustrator. This is not my normal way of working, but I was game. Amanda Panda Quits Kindergarten was published in 2017, with illustrations by the fabulous Christine Grove. 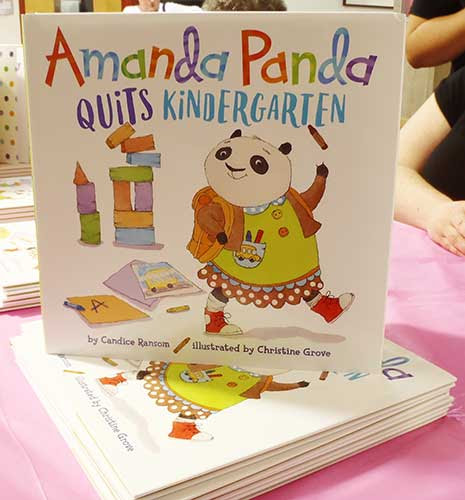 The summer before Kindergarten came out, Frances Gilbert came to Hollins University, where I teach in the Graduate Program in Children’s Literature, to speak to the students. After picking her up at the airport, I drove us to a cafeteria.
“Shall we talk about a sequel?” Frances said over buttered coconut pie.
“Hmm. What about a birthday story?” I said. But then our conversation shifted to a vastly more important topic: our cats.
After Frances’ visit, I took her back to the airport. “What about the sequel?” I asked.
“The birthday idea sounds good,” she said.
Was it? It seemed big and vague. Still, how hard would it be to write a sequel? 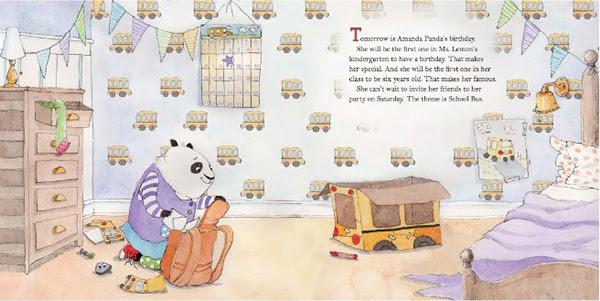 Since my work is often rooted in my past, I scrolled through childhood memories and recalled a cousin’s birthday party. Jeani received a big stuffed horse I wanted terribly. I couldn’t understand why she didn’t give me her present. A Kodachrome snapshot from that day shows us in a hammock, my arm possessively around her stuffed horse. 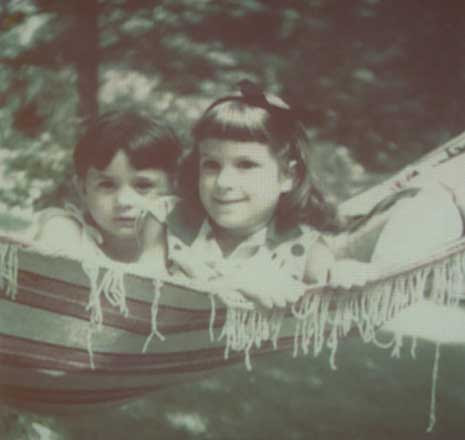 Still unsure of the plot, I moved into the dining room with a stack of loose leaf paper, a pen, and that photograph. The big, vague idea loomed over me like Mt. Everest. Each morning, I went to my “office,” copied over work from the day before, then chipped away at that mountain with what felt like a toothpick. Some days I added only a few lines. I started writing in September, and finished the story—all 863 words—the first week in November. Tolstoy wrestled less with War and Peace. This isn’t to say I write my picture books in a flash. But since this book was a sequel, there were expectations I had to uphold.
The character I’d created in the first book changed in the course of that story, but not entirely. That held the door open for a sequel. But I couldn’t set Amanda back to zero, either. The new story walked a fine line between giving the reader a familiar, yet different experience. 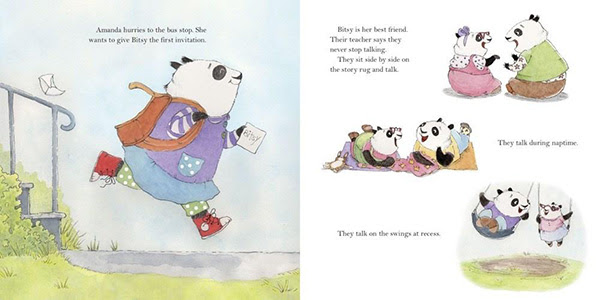 In Amanda Panda and the Bigger, Better Birthday (2018), Amanda doesn’t crave another character’s birthday present, as I did when I was six. Instead I gave her the emotions I felt that day, of wanting to be the star. One of childhood’s hardest lessons is learning to share the stage. Those weeks at the dining room table, I whittled a picture book from a huge block of an idea.
The finished text reflects none of my fretting (I hope). Christine Grove’s expressive illustrations kept Amanda Panda’s angst on the light side, and elevated frenemy Bitsy to new heights of outrageousness. 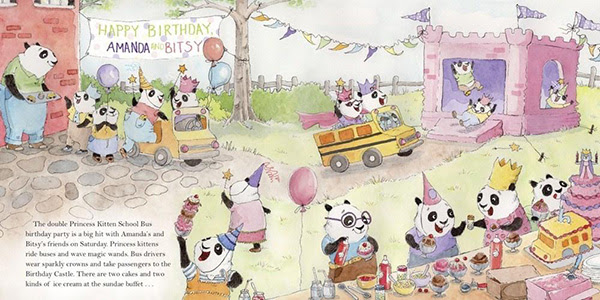 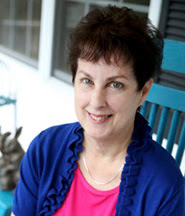 If I’m asked to write another Amanda Panda book, I’ll remember my own hard lesson: have no illusions that sequels are a downhill slide, but a higher mountain to climb.