I met Leonard Marcus years ago at the Decatur Book Festival and we've been friends ever since. I'm also a fan. Not only did he curate the wonderful picture book exhibit at the New York Public Library, "The ABC of It: Why Children's Books Matter." (which I was lucky enough to see and blogged about here), but he is a renowned scholar in the field of children's books. His latest endeavor is sure to be the new bible for graphic novels... 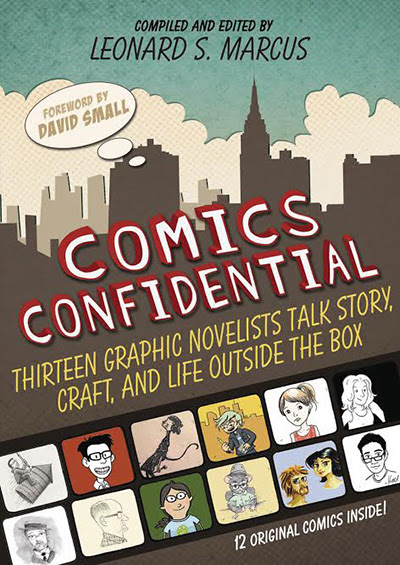 GUEST POST
by Leonard Marcus
Some time around 2005 I heard a talk given by a librarian about how his library was struggling over what to do about “graphic novels”—whether to purchase them and if so where to put them. I was intrigued. By then I was well aware of the long-standing opposition of American librarians to old-style comic books, which many librarians going back to the 1930s regarded as sub-literary, and which some thought morally or psychologically harmful to young people. I began nosing around. The first graphic novel I read was Art Spiegelman’s Maus, and I found it to be one of the most powerful books I had ever read. In fact I cried when I got to the end. Then when First Second Books came along with graphic novels ear-marked for young readers, I began to pay close attention to their lists. One of the next comics-formatted books I read was Alan’s War by Emanuel Guilbert—a dramatization of one G.I.’s experiences of the Second World War. Next I discovered the funny, bittersweet work of Sara Varon. I kept on going from there.
I realized that comics were another compelling way to tell stories—both true stories and fictional ones. The best comics feel to me like a cross between a traditional print narrative and a film. When I read a graphic novel now I have almost the sensation of being at the movies, with the text pared down in the same way the captions are in a foreign film, and with images aimed not just at depicting the action but also at setting a particular tone, rhythm, and point of view. Also, for “reluctant readers,” comics have proven to be a gateway to reading generally. How great—and valuable—is that?
Once I decided to do the book that became Comics Confidential, I immersed myself both in the work and life stories of each author/artist I wanted to interview. After a while, questions always present themselves. I think of an interview as an “encounter”—a sort of meeting of minds—and I try to keep the conversation from feeling too one-sided. I am always on the lookout for any thread that connects the storyteller to the story. My favorite moments are those when the person I am speaking with says, “I never thought of that.” Conversation is usually messy. I don’t ever want to lose that quality altogether but I always edit a transcript enough to give an overarching clarity to what was said. 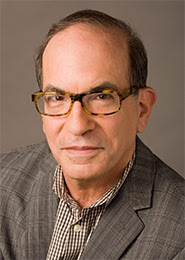 People in general surprise me, which is one reason I like doing interviews so much. Gene Luen Yang surprised me when he said that he did not consider himself a particularly strong draftsman--but then B.B. King did not think all that much of himself as a guitarist. I was amazed (though not surprised) by the extraordinary depth of knowledge that Harry Bliss, Geoffrey Hayes, and others have of the comics tradition. I found it fascinating—and surprising—that Catia Chien came to art via a serious interest in entomology and that Matt Phelan taught himself to draw. I was delighted to learn from Hope Larson that after finishing her graphic novelization of A Wrinkle in Time her idea of a good break was to enroll in a class in “ice-cream school.” I am pretty sure that Madeleine L’Engle would have approved.
One of the best things about how the comics genre has grown is that it offers so much variety now—something for almost every taste and temperament. Readers who enjoy biography might want to try Feynmann, by Jim Ottaviani; illustrated by Leland Myrick; or (as mentioned earlier) Alan’s War. Fans of Harriet the Spy would enjoy Mariko and Jillian Tamaki’s This One Summer and Skim. Sara Varon’s Bake Sale is goofy and poignant—an unexpected combination. For newly independent readers, Geoffrey Hayes’ “Benny and Penny” books are total charmers—and models of fine drawing and composition. The list goes on …Who can resist? Not me.
Leonard at his desk... 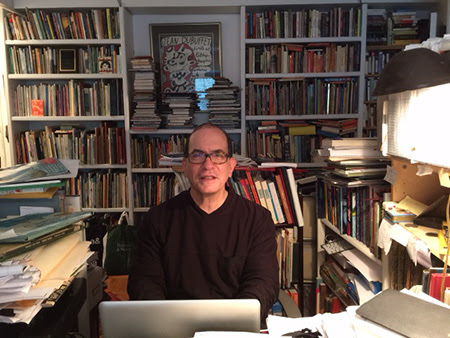 And Leonard with some publishers recently in Beijing. 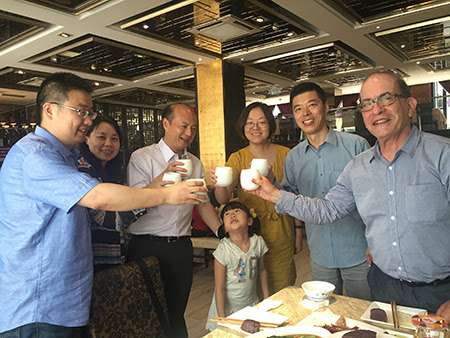