Riding of the Marches

We went to a Bespoke party hosted by the restaurant Angels With Bagpipes the other night. It was to kick off their new catering service and it was an absolute blast.
The next day it occurred to me that their main restaurant was positioned perfectly to view the Riding of the Marches parade. 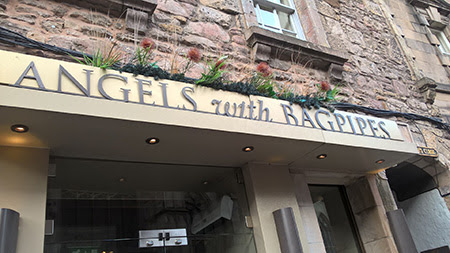 So, Sunday, Stan and I walked the 15 or so minutes from our flat to get to the Royal Mile. The road was already blocked off for the parade and crowds lined each side. Amazingly, there was a free table outside at the restaurant, just as I'd hoped, and we truly couldn't have asked for a better spot to enjoy this under-advertised event. Per the Edinburgh website, "The Riding of the Marches commemorates the tradition of inspecting the city’s boundaries and re-enacts the Captain of the Trained Band's return to the city with news of defeat at the Battle of Flodden in 1513. After the Union of Parliaments in 1707 the annual inspection ceased until 1946 when a ride was held to celebrate peace after the Second World War. It returned in 2009 and since then has become a popular family event in Edinburgh, attracting hundreds of riders each year. CLICK HERE to see more." 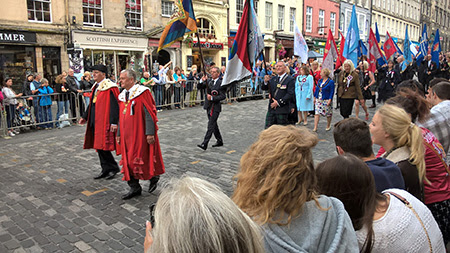 It began with some very important looking people carrying flags. They were followed by the brass band. 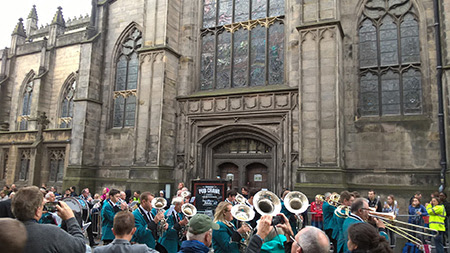 And behind them came the bagpipe players. 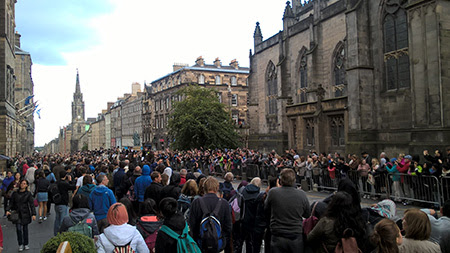 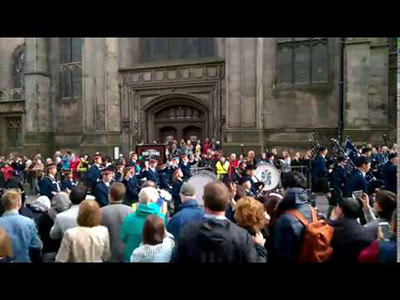 Finally, it was time for the horses - all 250 of them! Each district/territory had their own uniforms, like the riding hats with the pink pom-poms. 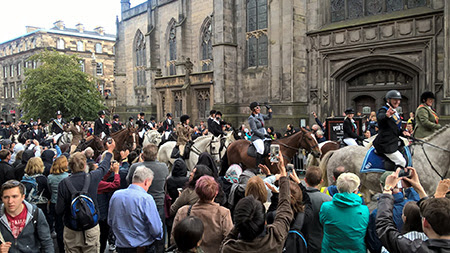 Truly, it was an amazing view seeing horses all the way down the Royal Mile. 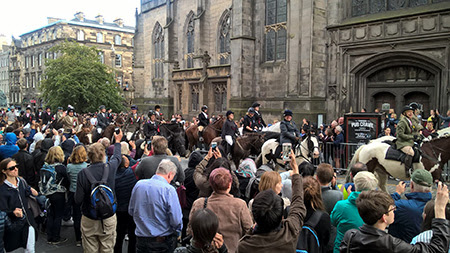 I tried to get you a nice video of the parade and the view. Click the image to watch on YouTube. 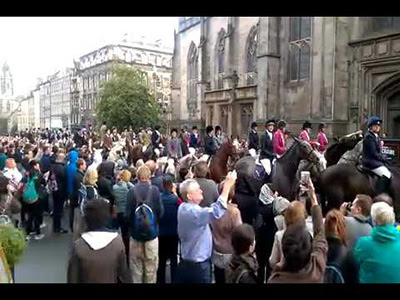 It continues to amaze me - the awesome things that happen here in Edinburgh. How lucky we feel to be a part of all this!