Our good friends Rosie and Dick (and their chocolate lab Hendrix) kidnapped us again. They do this from time to time to take us out of the city and introduce us to other wonders in Scotland. Our surprise destination this past Saturday was Culzean (pronounced Cul-ANE) on the west coast of Scotland, south-west of Glasgow and within site of the Isle of Arran.
We got to Rosie and Dick's early as it was a two-hour drive through rolling hills covered in sheep. Rosie had made a picnic so the heavy clouds and rain had us all concerned, despite being game for the adventure. Somebody upstairs must have gotten our memo, because the closer we got to Culzean, the better the weather became. And then we were there! 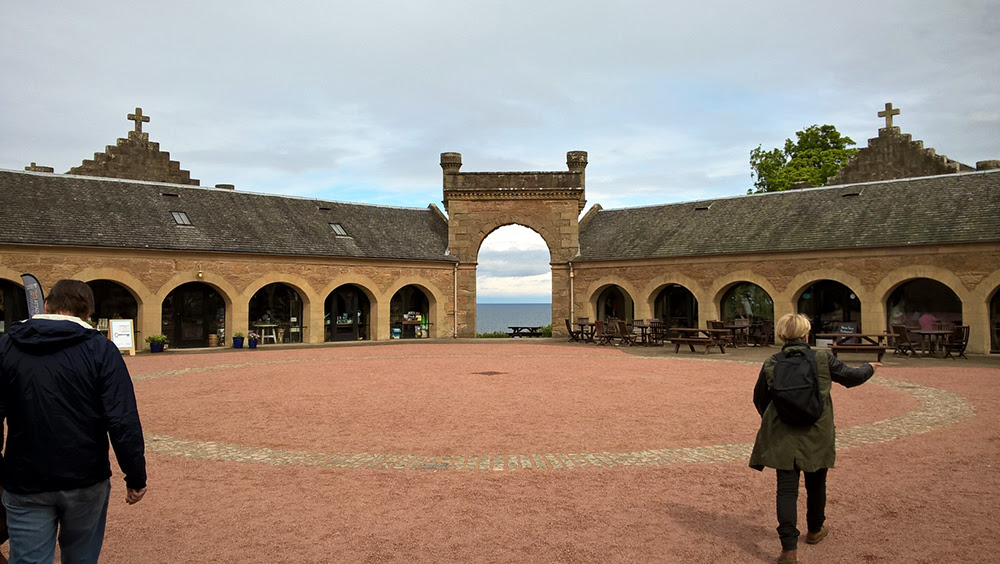 See the castle on the far butte? 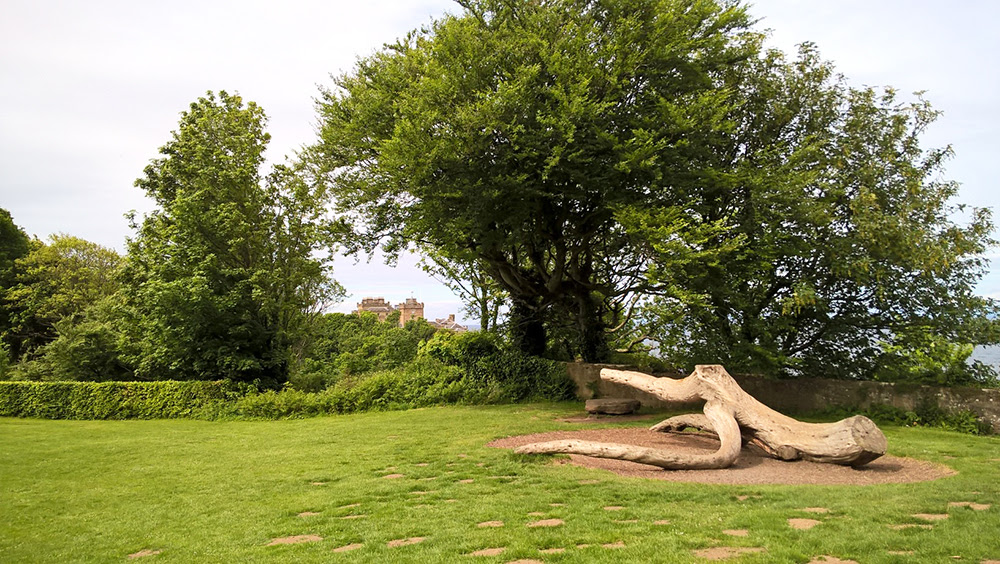 The clearing sky gave us a beautiful view of the Isle of Ayr. 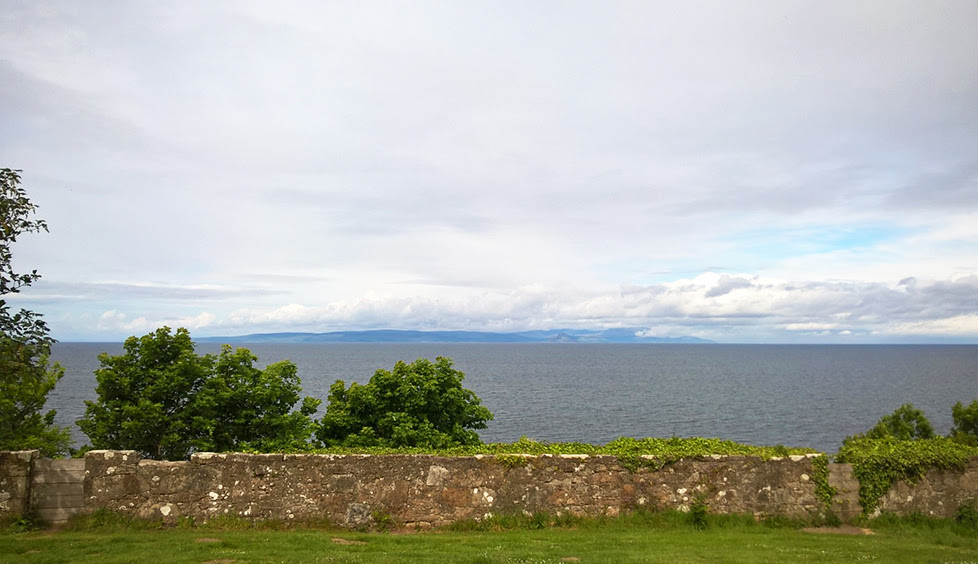 As we walked around, Rosie shared why the place was so special to her. Starting when she was a teenager, she spent weeks at a time at Culzean on art residencies with friends. But this was before it was turned into a park and tourist destination. She and her friends had the run of the place with barbeques on the beach, caves to explores, and swans - all to themselves. I can't imagine such a magical thing! 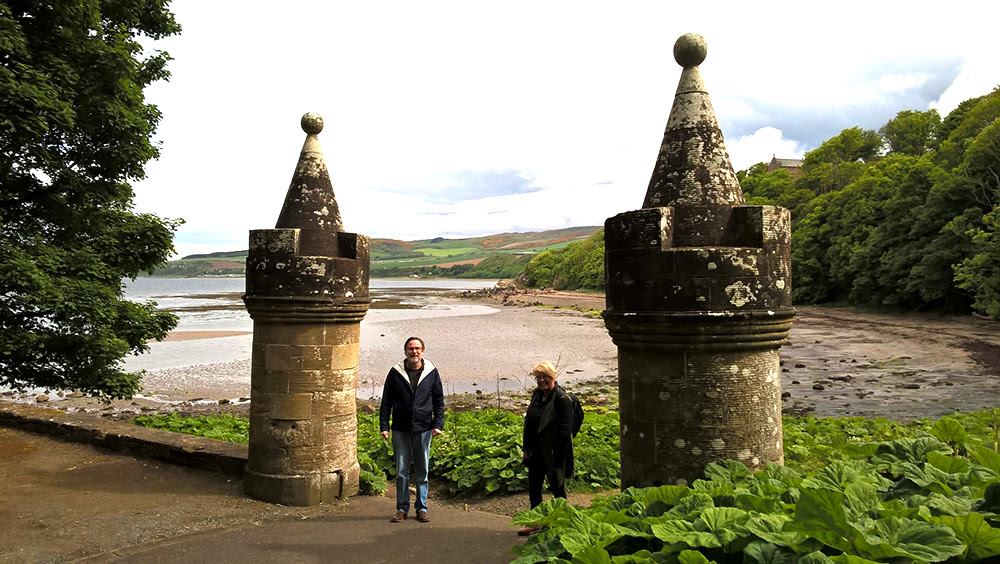 What I can't share in photos is the intoxicating smell of the place. Every few feet it was something new and wondrous. It's wild garlic (ramps) season, so that was the most dominate pungent wonderfulness. But there were also fragrances of hawthorne, azaleas, saltwater and brine, and, and. It was a feast for the olfactory senses. Especially as we walked around. Here's Dick with Hendrix.
Because the grounds went on and on with one surprise after another. 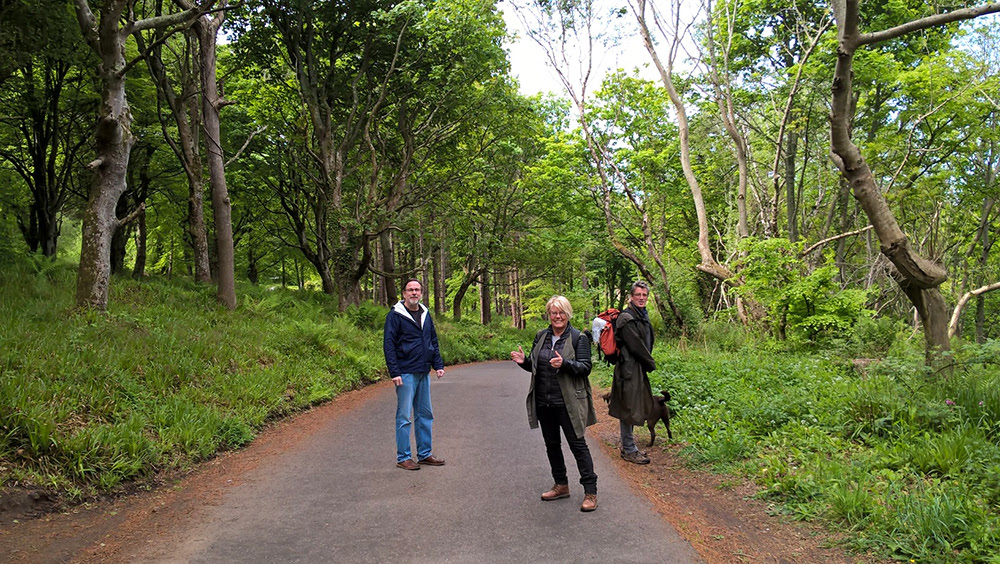 Even the trees were special. 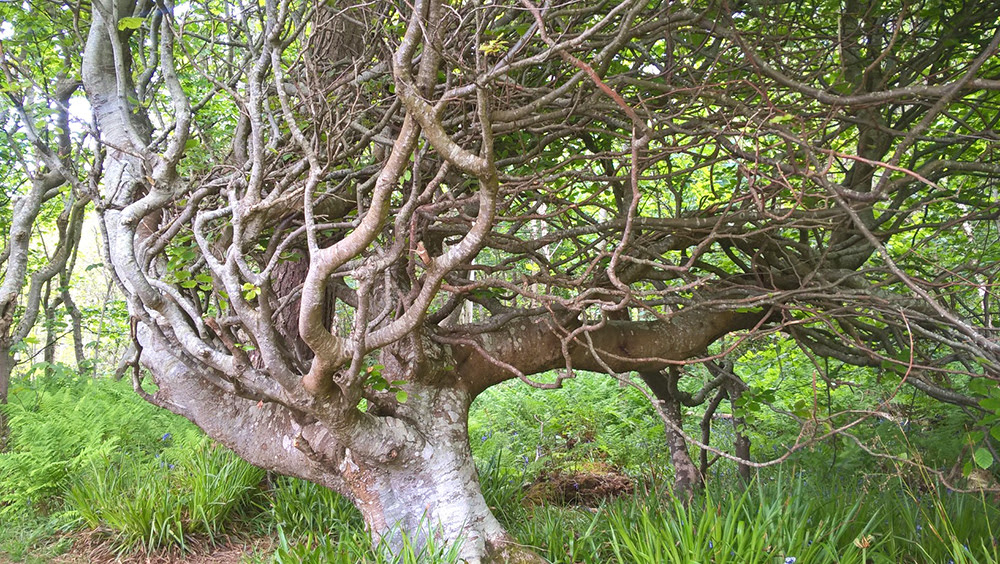 One was just right for climbing. 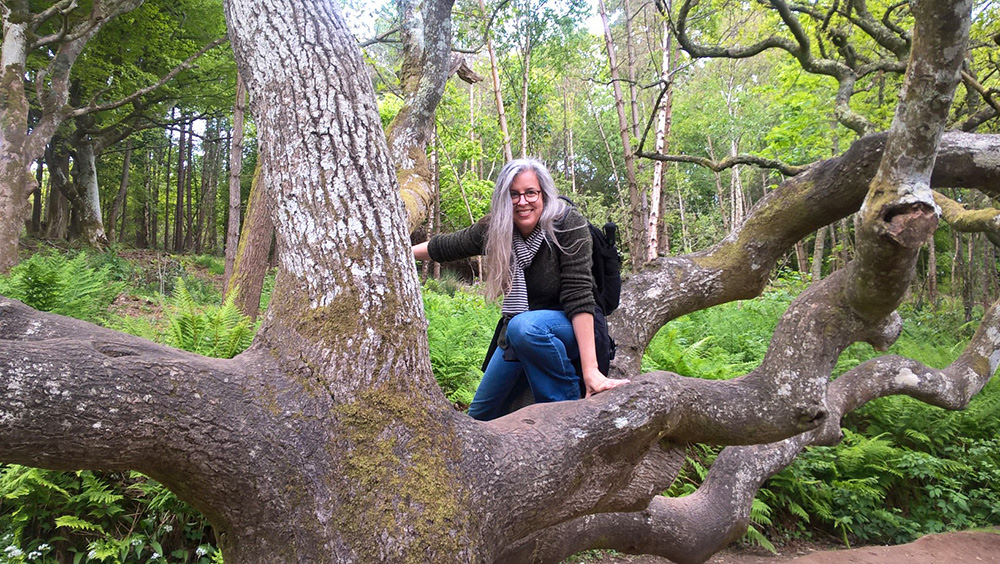 It was a fabulous day. The place makes you feel like a hobbit on an adventure.

I love the fallen tree in the second photograph ... it looks like a giant discarded banana peel! Clare x

Been to the castle but never the backside. Good to know for next trip.

Jane - Don't you think it would be lovely to do a retreat there? :) e