After the smugglers' caves, we headed to the top of the bluff to see the castle. It's surrounded by an enormous lawn that is currently in the beginning stages of an archaeological dig. Ordinarily, the brown here would be green. 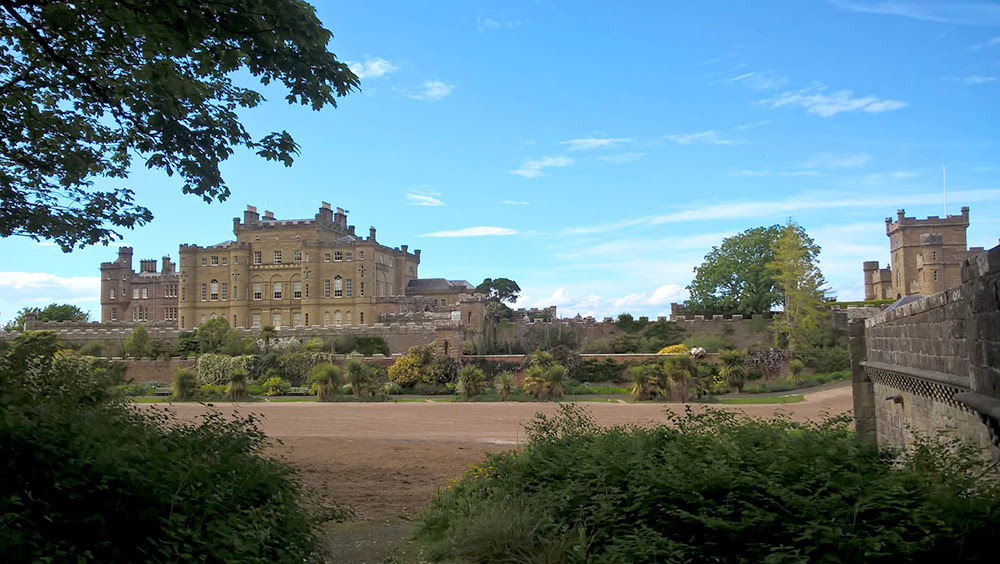 I wonder, can you see the palm trees? Yes, there are palm trees in Scotland! Especially on the west coast where the Gulf Stream hits land. 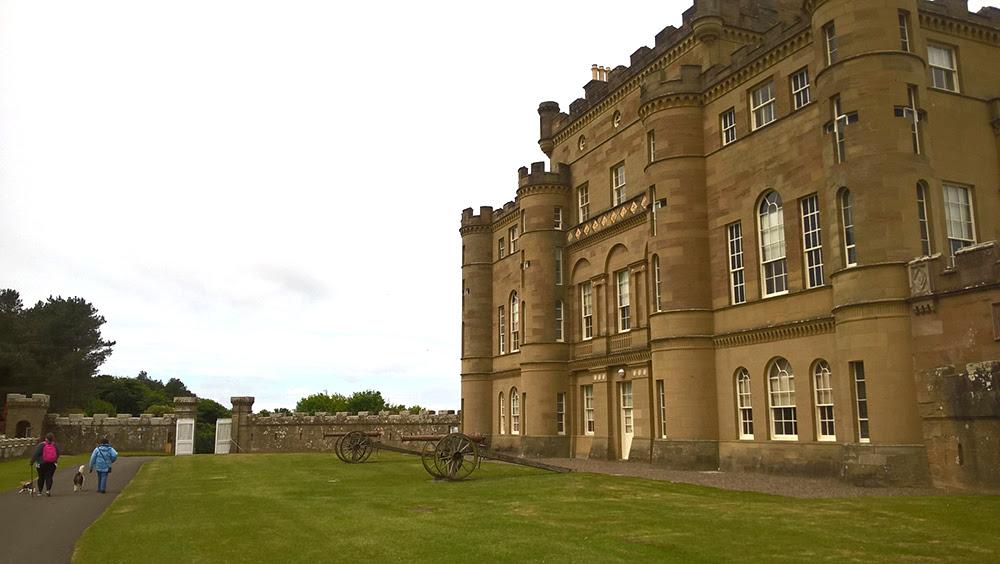 The castle itself is not terribly old, only built in the 1700s or so. And despite the battery of cannons, the worst it ever had to defend itself from were probably those smugglers. So it wasn't built for serious defence the way Edinburgh Castle was. 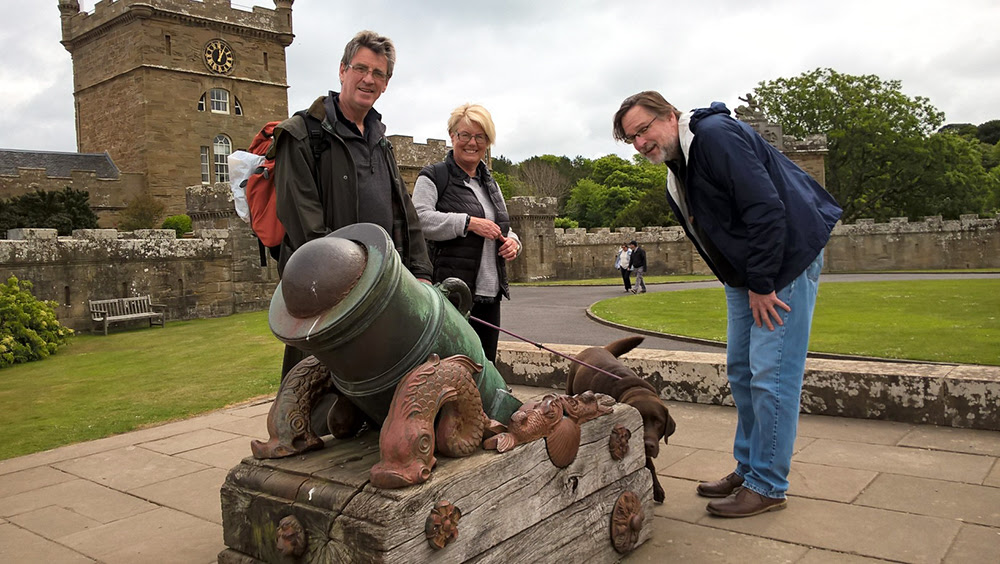 Although considering the smugglers' booty was probably alcohol and tobacco, there might have been some fair trading going on. 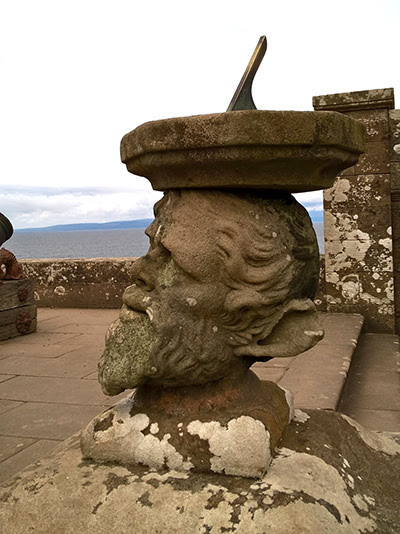 I still want to get a tattoo of a thistle one of these days. This is a good one. 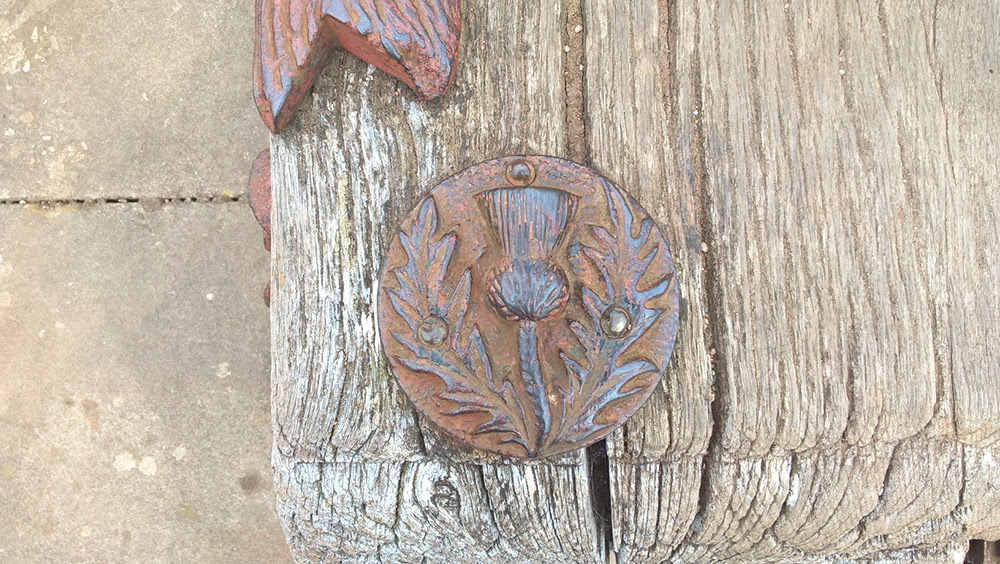 Once again, stories are everywhere and scenes unfold waiting for ladies in billowy dresses and swarthy lads in tall boots. 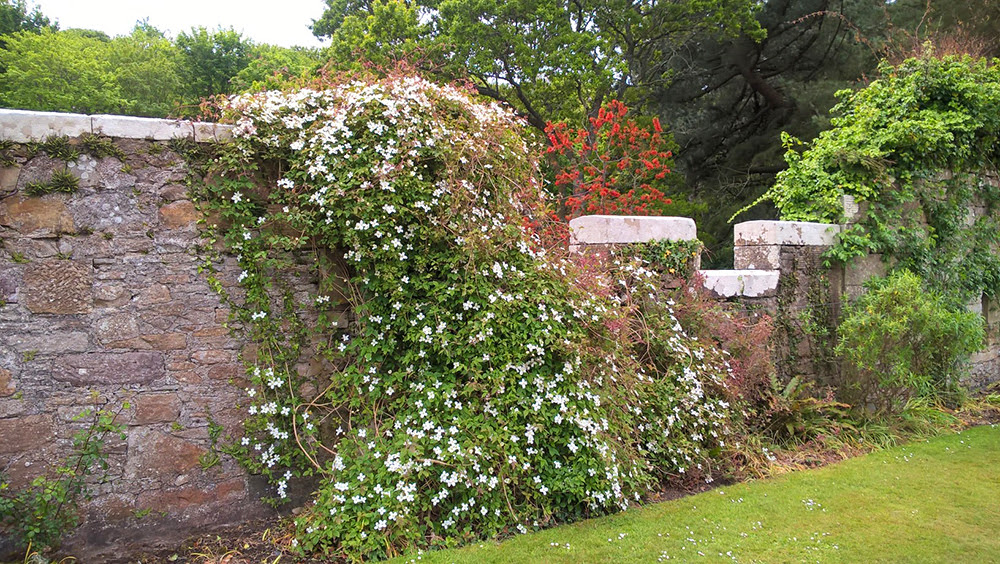