I attended the Kindling Words retreats in Vermont several times while in the states. Happily, the latest KW retreat came to Scotland to Dalhousie Castle just a short train ride south of Edinburgh! I went down to visit them for lunch one day last week. 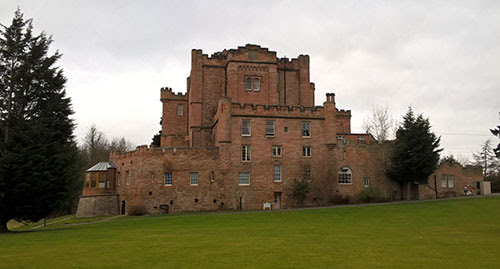 Dalhousie a lovely, 700-year-old castle pronounced Dal-HOUSE-e to the world, and Dal-hoooz-e by locals. 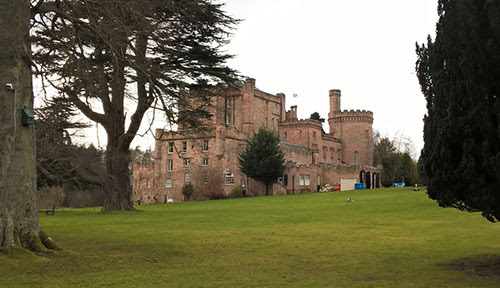 Although it had some small cannons, the castle didn't look like it had seen much fighting in its day, as it wasn't especially set up for defense. 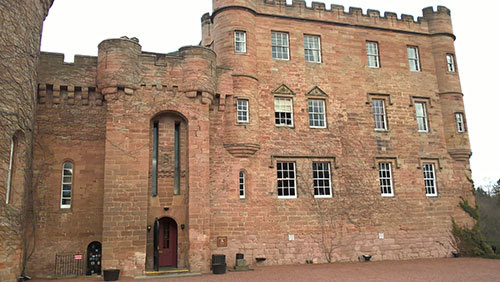 Instead, it is situated on a lovely rolling piece of land surrounded by farms, with a stream running alongside. 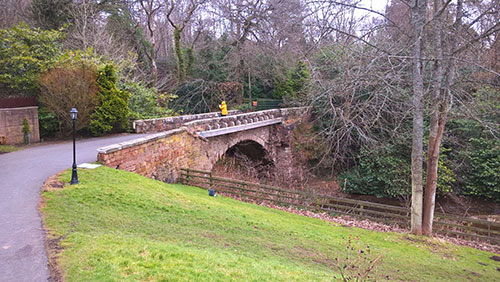 There's also a lovely coach house that served the castle and now serves as overflow for guests. 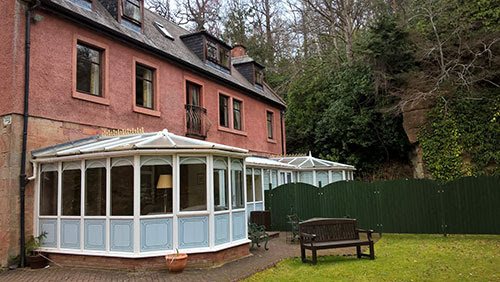 All that said, the castle did have a dungeon, which has since been turned into a restaurant called The Orangerie. 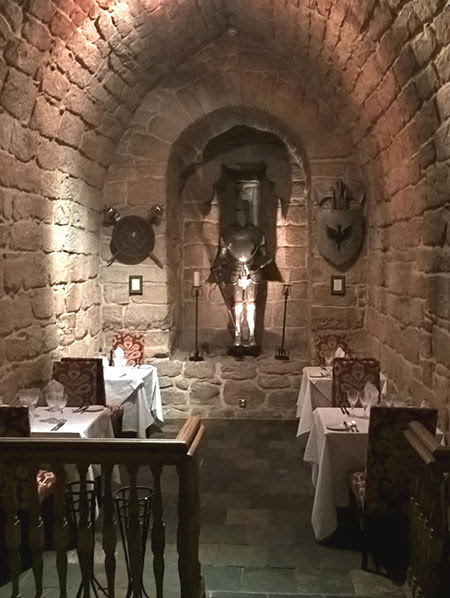 Libraries and sitting rooms riddle the winding maze of a space, making it perfect for a writing retreat. Here's Hazel Mitchell. 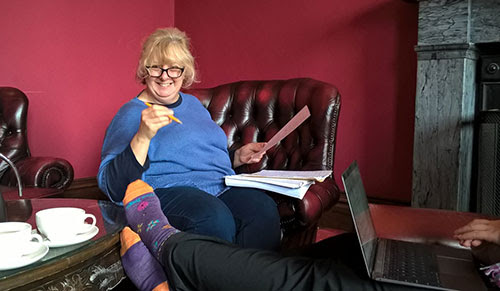 Michelle (Mikki) Knudsen (who you've been reading about as she stayed with us for a few days before the retreat). 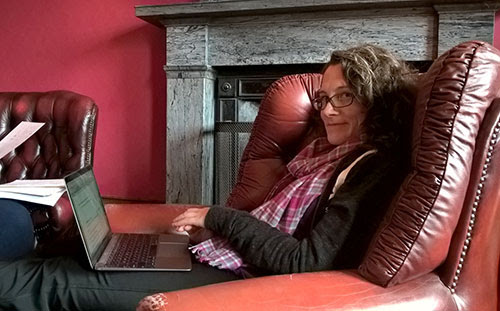 And Laurie Edwards, one of my former students at Hollins University. I always joke that I only see the top of her head as Laurie is always writing. She had six books come out last year, at least five coming out this year, and works under at least three pseudonyms! 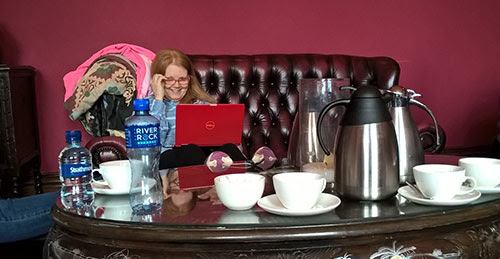 Hazel got a groovy 180° picture that she shared on FB, so you can see me working too. (CLICK HERE to see the entire groovy photo!) 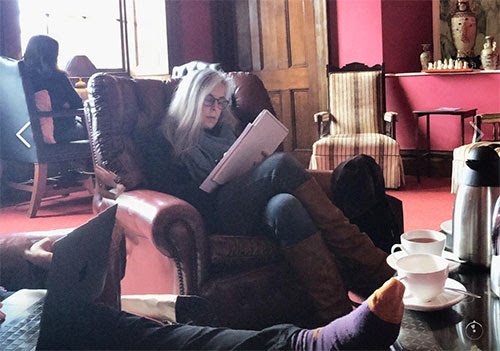 I stuck around for a while to get some of my own work done, which I did! 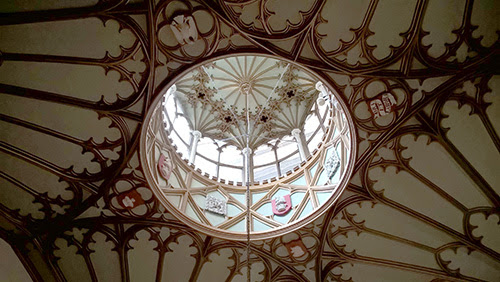 The highlight of the trip, however, was the Falconry Center. More on that soon!
at March 24, 2018

Good to see the photos of you enjoying yourselves at the Castle, it brings back memories of our stay there a number of years ago, a Super place.
Faith

I'm glad I was able to bring back some good memories for you, Faith! :) e