I told you how COLD it was at Stirling Castle with Mikki - which is truly unusual for Edinburgh. It's typically quite temperate here. At any rate, we were very happy when our guide finally led us inside the castle! 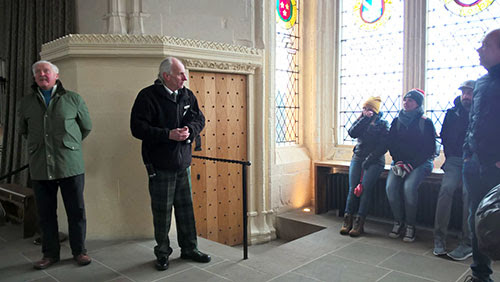 When you see a castle in Scotland, you really should do a guided tour. These people are extremely knowledgeable and extremely entertaining. 'Frank' told us great stories such as this one... the door he's standing next to is the very same one Sir Rod Stewart went through to film his Christmas special. :) And we were in the very room where J.K. Rowling held a fund-raiser party. This was in the Great Hall, which had a ceiling like an inverted boat. Apparently, the King loved his ships and it made him happy to look up and feel like he was in one. It supposedly took 134 trees to create this. 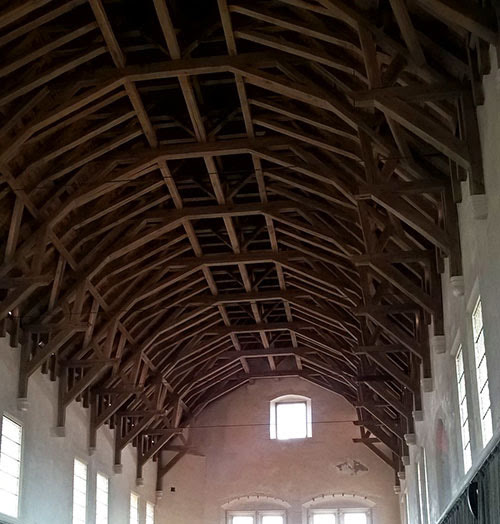 He did something similar in the chapel. 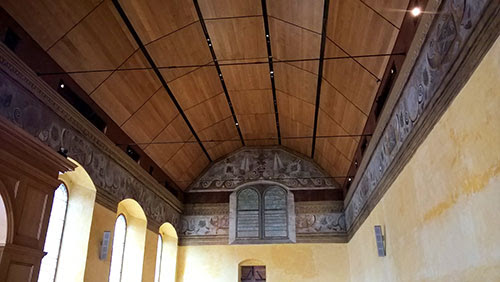 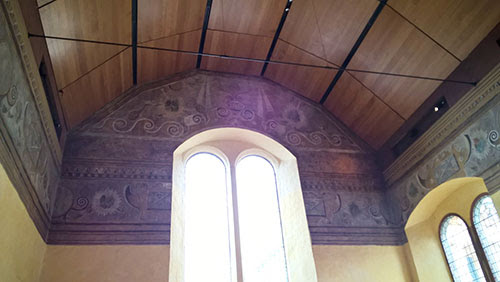 What a humble guy. Truly, the throne rooms are never quite as grand as one might expect. 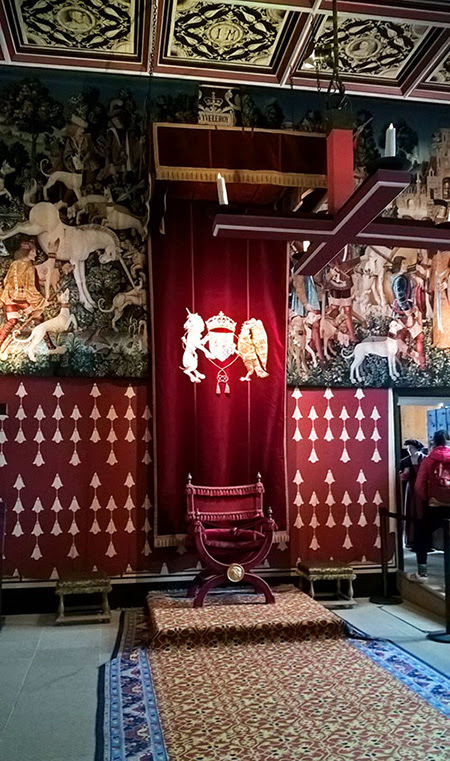 Happily, our visit coincided with a display of gorgeous tapestries. You might recognize this one (and yes, they all had unicorns!) 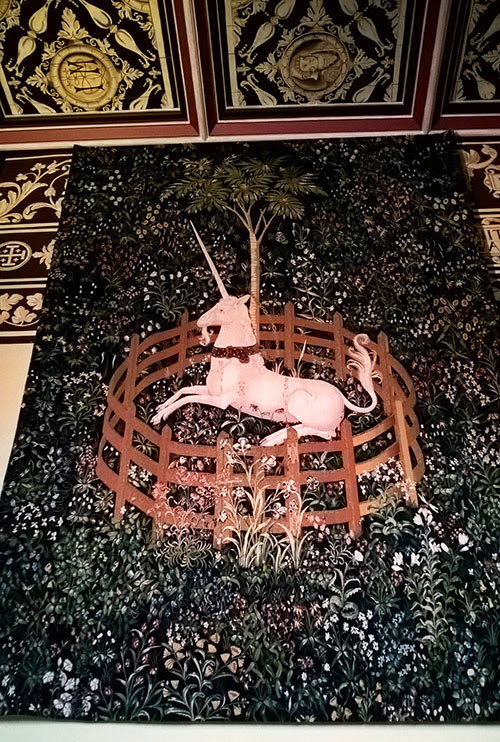 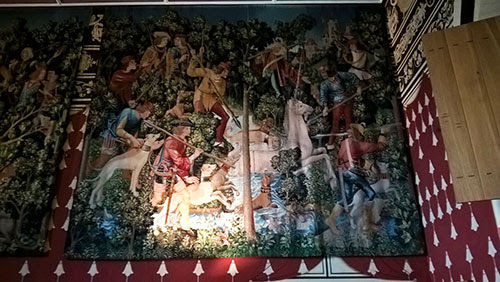 Just off the throne room was the bedroom. I could handle this. 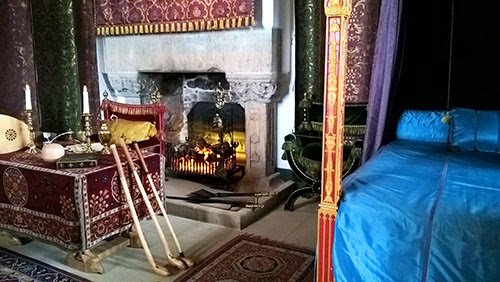 The ceiling in another bedroom was covered with medallions, lions and unicorns. 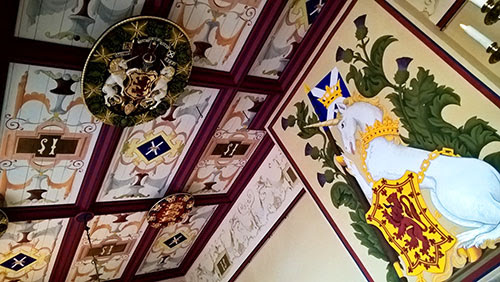 Here was the fireplace. Noticing a trend? 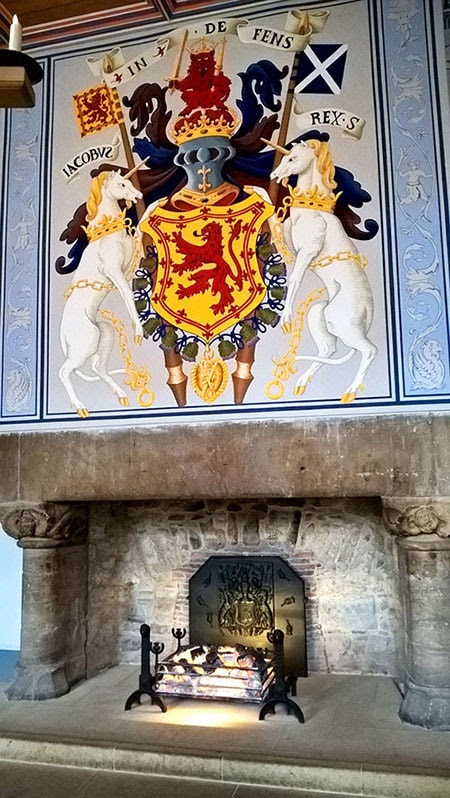 Of course, we all rushed to the fireplace in the hopes to get warm, but it was just lights meant to look like a fire. Dangit! I would have complained, but this guy was standing right there and was rather intimidating. 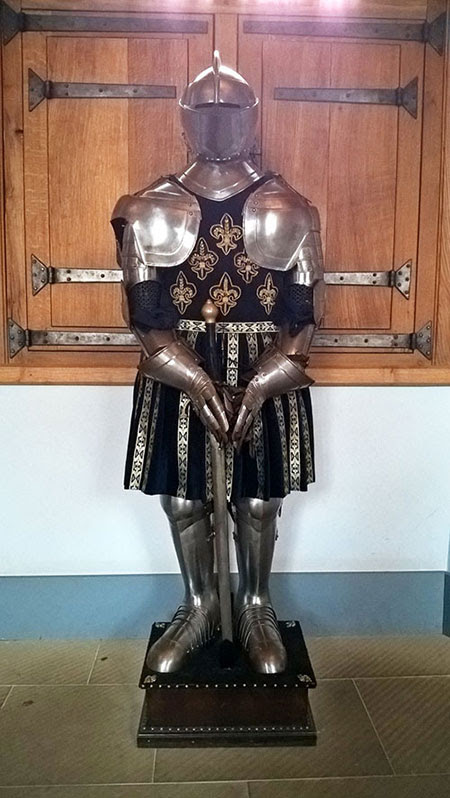 Another ceiling had more medallions, all hand-carved. There was a map to tell you who was who (all allies of the King). 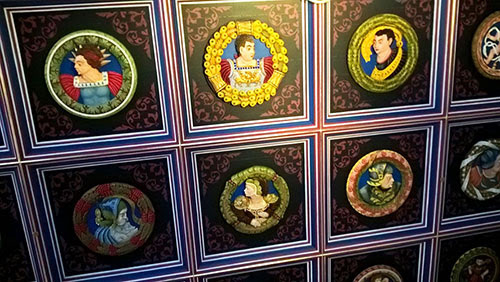 If the King needed a midnight snack, this was where he went. 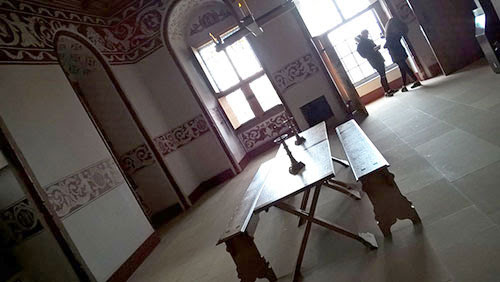 Afterwards, Mikki and I went to a pub downtown for some fish and chips. It was a crazy day, but it was an awesome day! I hope I can go back when it's warm sometime, as I'd like to wander around the grounds more... and that fabulous graveyard! You know there are stories there!
at March 21, 2018

Love that place. Why do I feel homesick when I don’t live there?

Maybe it's in your genetic make-up. I was surprised how at home I felt in Africa. :)