Starting March 1st, we’re celebrating Women’s History month with 31 days of posts focused on improving the climate for social and gender equality in the children’s and teens’ industry. Join in the conversation here or on Twitter at #kidlitwomen. Access all the #KidlitWomen posts this month on our KidLitWomen FaceBook page at https://www.facebook.com/kidlitwomen. 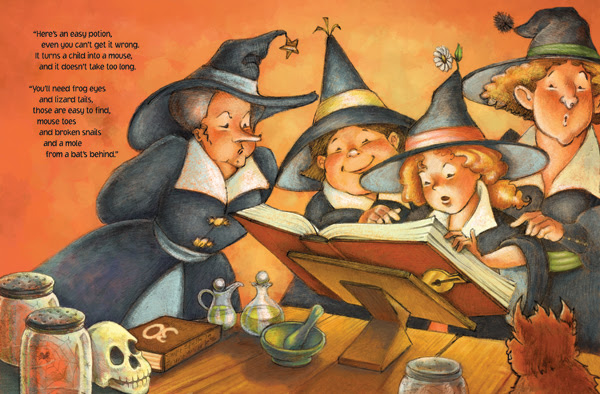 The #MeToo movement has brought the need for gender-based social reform to the forefront yet again. (Which wave of feminism are we up to now?) It’s a trend that has only just begun to take hold in children's literature as statistics clarify a pattern of underrepresentation and subjugation of females in the first books children read. It's a pattern that is not only damaging but dangerous to modern society, because, as Marina Warner said in Once Upon a Time: A Short History of Fairy Tale, “…what we discover in books or other media when we are young imprints us—stories communicate values, like myths, and shape our understanding of the world” (Warner, 2016, p172).

A recent promotional video by the creators of Rebel Girls revealed a disturbing lack of representation of females and female agency in children’s books, and it shook up the children’s lit world when it went live. Surely, it wasn’t this bad? 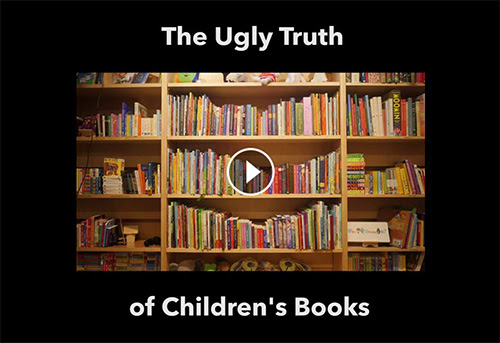 After all, as a result of previous waves of feminism, authors such as Jane Yolen, Angela Carter, Tamora Pierce, Karen Cushman, etc. have been rewriting the patriarchal narratives of fairytales and folktales for decades. "Subversion became the battle cry: the tales were to be turned inside out and upside down" (Warner, 2016, p133). Surges of new children’s book authors continue to do the same.

However, as we write forward, we should examine how we rewrite these narratives. In empowering female protagonists, writers sometimes portray females still solidly stuck within the boundaries of a hegemonic value scale. Popular stories like Suzanne Collins’ The Hunger Games, Kristin Cashore’s Graceling, and Robin LaFevers’ Grave Mercy reverse the patriarchal narrative by featuring females as assassins—a habitually male archetype. (Note: I need to clarify that I am a fan of these books and think they may be a natural first step towards rewriting the patriarchy.) Female readers have embraced these portrayals as disruptive and validating (me included). Yet, we also need to acknowledge that this trope implies that for females to have agency, their roles must swing to a violent extreme. These female warriors send the message that their physical ability to overpower adversaries is a valid measure of their worth in what remains a male-dominated world.

Movies do it too. In Pixar’s Brave, she outperforms the men in a competition where she is offered as the prize. In the newest Snow White, not only does she not marry the prince, she dons full armor to defend her kingdom. In the latest Wonder Woman, she is strong because of her ability to outperform men in war. 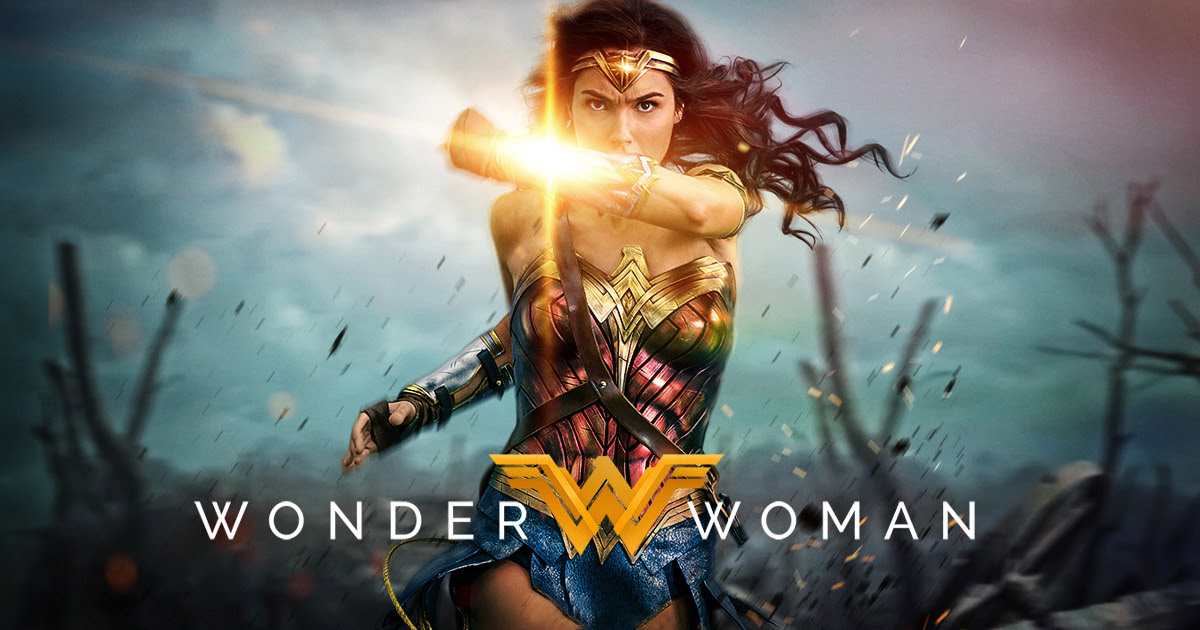 I'm not saying we shouldn't write these roles, only that we should be aware of what we're writing. It takes more than switching the gender of a typically male archetype or story trope to make a story feminist. To truly unweave our deeply embedded societal and cultural narratives, we need to dig deeper. We need to define new ways of empowering our female protagonists. In Don’t Bet on the Prince, Jack Zipes suggests we consider how “stories might be rearranged or reutilised to counter the destructive tendencies of male-dominant values” (Zipes, 1987, p4). 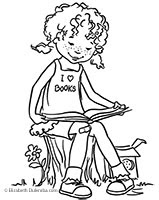 It’s the point of my Ph.D. study, “Tricksters, Witches, and Folk Tales: Rewriting the Patriarchal Narrative in Children’s Literature.” Tricksters are characters, such as Loki and Hermes in mythology, or Anansi, Coyote, and Jack in folklore. They are clever, crafty, witty manipulators—some even switch gender to create life—and they are mostly male. There are very few female tricksters. Instead, these same traits are negatively represented in the roles of witches, old crones, and evil queens. It is pervasive. In Sandra Billington's The Concept of the Goddess, Catharina Raudvere is quoted as saying, “the connection between women, sexuality and witchcraft appears to be a globally observed pattern” (Billington, 1999, p47, p52).

Strong women are demonized in a cultural narrative that suggests men prefer obedient, silent princesses, such as Snow White or Sleeping Beauty (victims of nonconsensual sexual advances). Warner stated that "the deep malice of the witches and evil stepmothers, the unrelieved spite of some sisters, and the murderous jealousy between mothers and daughters were left to stand, unchallenged. These portraits of female evil supported male interests, too. The tales were not merely symptoms but also instruments of a strategy: divide women against one another the better to lord it over them" (Warner, 2016, p133). As writers, are we feeding into this hegemony? 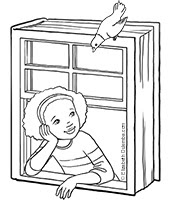 As the story makers, the creators of scripts that will shape and influence new generations, we should ask ourselves, 'What do strong, female characters look like on a feminist value scale'? As we craft our stories, let us consider the world in which our characters reside. Are we still making our women struggle in a patriarchal environment, thereby reinforcing that hegemonic system? Remember, “Who tells the story, who recasts the characters and changes the tone becomes very important: no story is ever the same as its source or model, the chemistry of narrator and audience changes it” (Warner, 1995, p418). We are the front line of embedded societal symbolism. Perhaps it's time we rewrite our cultural narrative.

I agree with your main point in this article, but I want to stand up for some of the writers you mentioned and celebrate their achievements. They are already rewriting the cultural narrative.

If you read the Hunger Games trilogy to the end, you will see that it's deeply critical of the violence in that society, and that Katniss and the other characters are severely damaged by participating in violence -- a theme that wasn't made as clear in the movies (naturally).

And instead of Graceling, I recommend Kristin Cashore's Bitterblue, a really exciting and complex exploration of a young woman becoming a ruler and trying to rise from her country's violent history and create a more humane society. This book is also one of VERY FEW in which the female character has a true love romance that doesn't end up becoming the main plotline of the book or the defining feature of her life's path.

I think it's important to acknowledge books that are already rewriting the cultural narrative. They are few, and they don't always get the same press as more traditional books (or in the case of the Hunger Games books, are celebrated possibly for the wrong reasons). Let's talk about and celebrate them!

Thank you for pointing this out, Anonymous. I was worried it would come across that I am not a fan of these books, when, in fact, I am! I will add a clarifying statement. But this trend of female assassins is a real one, and one that I think we need to examine. Perhaps writing women in these roles is a first step in rewriting the patriarchy. I think we can take it farther, though, as I state above.

Here's an interesting side note to your thesis: I came upon this problem when working on a pair of books: two collections of retold fairy tales--one about female heroes---NOT ONE DAMSEL IN DISTRESS (that was a cinch because in folklore there are great female characters who save a city, a nation, females who are wily and creative, cooperative and make good friends along the way. Its companion book--MIGHTIER THAN THE SWORD was far more difficult. I wanted male characters who used their wits, their hearts, made friends, and didn't just chop off the heads of the dragon, troll, or any passing inconvenient monster. I read hundreds of stories that began with a boy who was quiet or witty or smart or full of compassion, who at the very end of the story picked up a sword and cut off the head of the "enemy."--Jane Yolen

Thank you for that, Jane. Indeed, the subject is one with massive and myriad ramifications. It's so hard to keep to one thread of thinking when tangents abound!

I know you didn’t create the video but I’m just wondering where the books that the girl and woman removed came from? Is it in someone’s home? I don’t think a bookstore would allow someone to pull all the books off like that. I doubt (could be wrong) that libraries and bookstores contain that much of an imbalance. After all, the video is an advertisement for the book they’re selling.

There was a lot of debate around that video when it first came out, for some of the reasons you mention. Although, if I recall correctly, it was indeed at their local bookstore, with whom they had a very good relationship. (My local bookstore would have supported me doing something like that as well.) While this is only a sampling of children's books, the point is made. Further statistics back it up (as have been shown in previous #KidLitWomen posts). The imbalance truly is that disturbing. Thanks for posting.

Please read the later writtings of Ursual K. Leguin. The Telling in particular revolves around an older female protagonist and unfolds naturally. She often addressess the confrontation of culture as white male centered culture versis “aliens” or outcast tribes on a new world as a metephor of the distilled masculine and feminine social clash.
As the daughter of a world famous anthropologist who cared for Ishi, the last nonEuropean exposed Native American, she grew up in a unique environment, As a one of the first recognized and award winning women scifi/ fantasy authore her voice still stands out as unique in perspective.
Even if you do not read science fiction her Left Hand of Darkness and The Dispossessed ask the questions we are asking today.

Thank you for the reading recommendation, Majidaji! I will! :) e