The Bologna Children's Book Fair takes place at an enormous conference center on the north side of the city. It is made up of six rugby-sized pitches with a huge central area connecting them all. Some people stay in hotels near the conference center. The rest (including me) are scattered all over the city of Bologna and take the buses or taxis in. A wave of people descends and the air is abuzz with excitement. 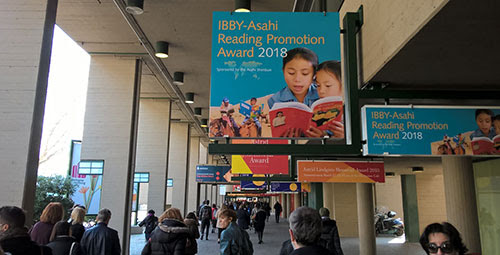 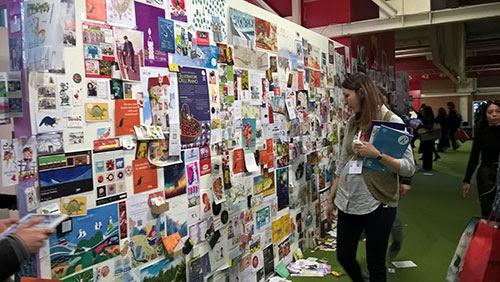 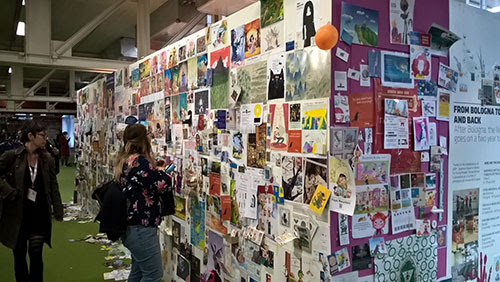 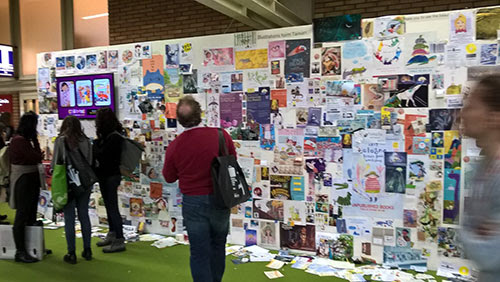 I got some great spaces to post my Hollins schwag - I'll tell you about that in its own post.
Meanwhile, I had the debut spot alongside Julien Chung for the Dueling Illustrators activity at the SCBWI booth. 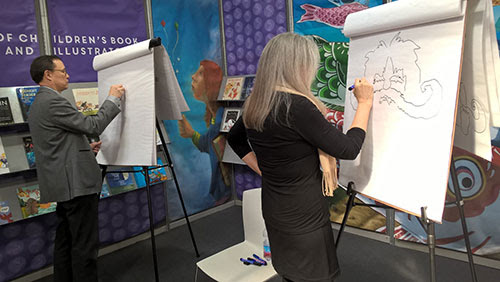 I love doing these. I'm a ham, so they're so much fun! Here I am with my dueling partner, victorious after drawing about ten images, one minute each, for a story by Laya Steinberg, called 59 Beards. 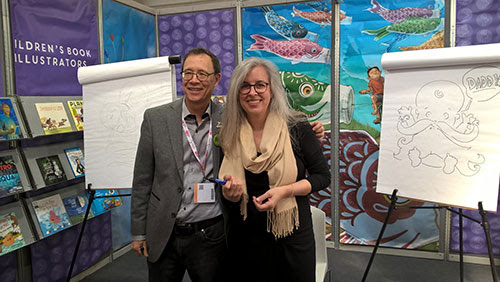 Quite the audience builds up during these duels. Happily, Katie Chappell was in the crowd. We were MFA students together at the University of Edinburgh. So, we walked around for a bit, checking out all the publisher booths. Anglia Ruskin's was impressive as usual. 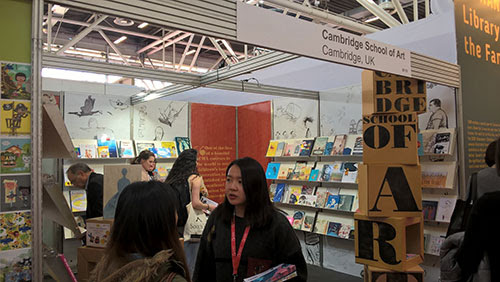 I was also impressed by the booth for Taiwan... 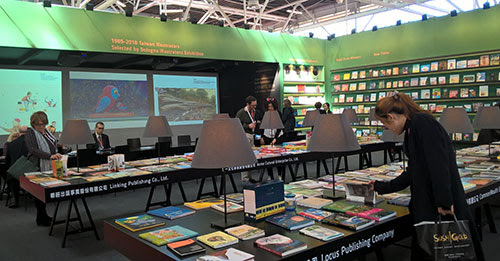 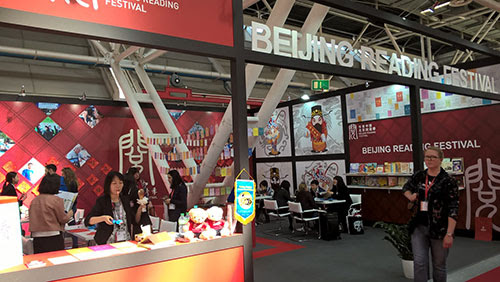 Lavieri stood out for the large artwork on display. 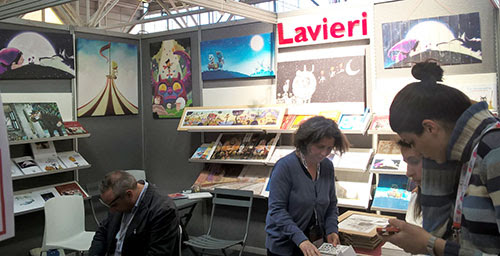 But my fave was the Laurence King Publishers booth where they had a slot for illustrators to pop their postcards into. Katie and I had to get a photo with that one! We had fun peeking in and saying, "Hellooooo!" 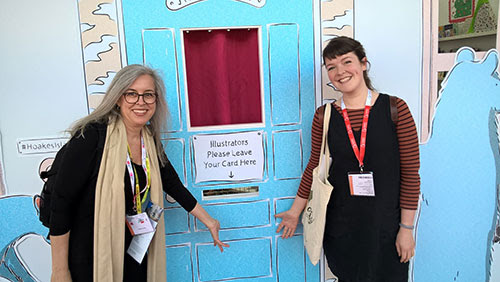 There was an SCBWI party that evening, but after my 3:00am flight, I was beat and headed back to my flat for a well-earned crash to prepare for Day 2!