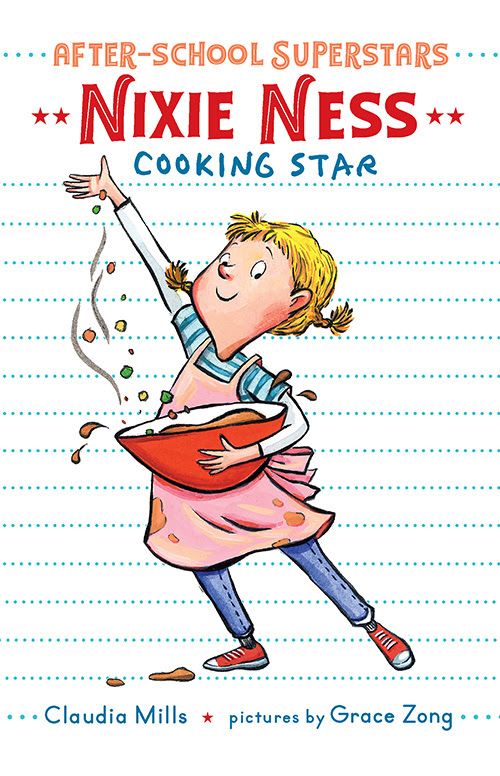 One of the best things about teaching in the graduate programs in children’s literature at Hollins University (where I work side by side with the brilliant Elizabeth Dulemba!) is that I get to learn as much as my students do.
I started writing Nixie Ness, Cooking Star when I taught at Hollins in the summer of 2017. There I heard a lecture by writer-in-residence Kathi Appelt that made Nixie’s story finally click into focus for me.
I already knew that the book would be the first title in a projected four-book chapter-book series set in an after-school program. After decades of writing school stories, I was ready to branch out to the equally rich and rewarding world of after-school. My editor at Holiday House, Margaret Ferguson, and I had already decided that each book would take place in a different month-long, themed “camp.” The first camp would be a cooking camp, followed by a comic-book camp, a computer-coding camp, and a fourth camp yet to be determined. (Ideas welcome!)
For the first book, introducing the series, I thought I’d choose a character herself new to after-school programs. So I asked myself: why would Nixie be new to such a program? Well, perhaps her work-at-home parent has just taken a new job outside the home. A couple of years ago a librarian had emailed me asking if I’d write a book about a kid dealing with this kind of transition in her life. This would honor that request.
But I didn’t want to make it sound as if having a working parent is a terrible thing! I worked throughout my own years as a mom. I love work! So I wanted to find some particular reason why this transition would be especially difficult for Nixie. What if her best friend has been coming home with Nixie every day after school, and now because of Mom’s new job, Nixie will be going off to the after-school program, but her best friend will not be joining her there, but instead will be spending afternoons with another girl – Nixie’s nemesis, Elyse.
I had the first couple of chapters drafted, with a rough outline for the rest, when I arrived at Hollins for my blissful summer of teaching. Something didn’t seem right about the shape of the story… it didn’t have the right kind of structure linking the events at the camp with the events of Nixie’s home life. It just wasn’t working, and I couldn’t quite figure out why.
It was at this precise moment that I showed up at Kathi Appelt’s lunchtime talk on characterization. Now, I think of myself – after almost sixty books! – as being pretty good at characterization, but Kathi had some insights that were utterly new to me. She said that, when writing about people, we need to know: their “occupation” (or role); how well they perform that occupation, or how well they think they perform it; and their “controlling belief or attitude.” 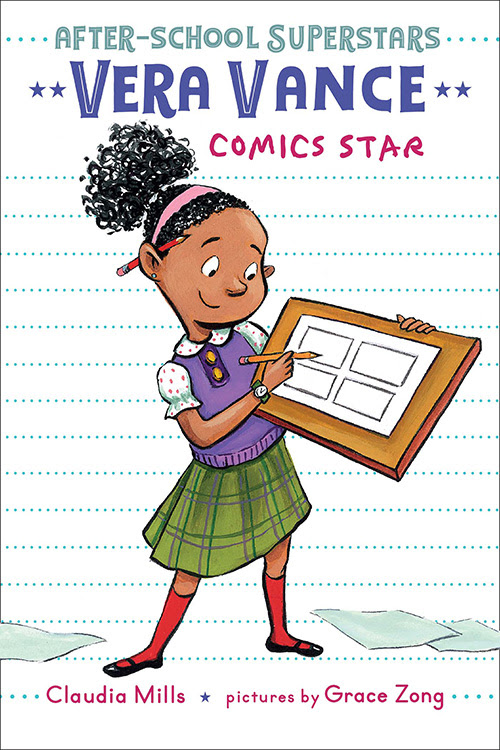 As examples of occupation, she gave things like “daughter,” “sister,” “girlfriend,” “student.” In real life, of course, we can be all of these – and our book characters may be all of these, too. But in books, unlike real life, one of these occupations has to be the central one. And in real life we have all kinds of beliefs and attitudes that influence what we think and what we do. But in books, unlike real life, one of these has to be the central one.
As I wrestled with Kathi’s questions, I saw the problem with how I had plotted out Nixie’s story so far. I was juggling two different “occupations” for Nixie: daughter (of a now-working mother) and friend (of someone now spending lots of time with someone else). Which occupation mattered most to my story? I now saw it was: friend.
And what was Nixie’s controlling belief about friendship? I saw that clearly now, too. Nixie’s controlling belief is: “You can only have one best friend.” This locks her in an intense rivalry to keep Grace’s friendship in the face of challenges from best-friend stealer Elyse. The plot would be driven by how Nixie approaches her camp’s cooking activities with a single-minded goal to win her best friend back. And her “crisis of faith” (as Kathi calls it) would come when her controlling belief is challenged – and in this case, abandoned. (Kathi said the controlling belief does NOT have to be true or logical; in the crisis of faith it can be confirmed, rejected, or revised). Nixie would learn she could allow Grace to make a new friend, and allow herself to make new friends, too. The heart is bigger than Nixie thought it was.
Thank you, Kathi Appelt! And thank you, Hollins, for letting me learn so much myself while teaching others! 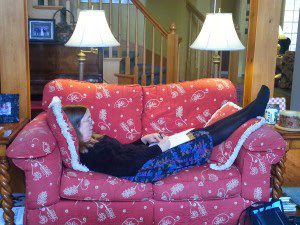 Thank you for hosting me today, dearest Elizabeth!

Proud to have you on, Claudia!!! xxoo e