When I saw Scott Magoon's latest book, Linus, The Little Yellow Pencil, I knew I had to feature it. What a brilliant concept told in such a simple way! Scott stopped by to share more about it... 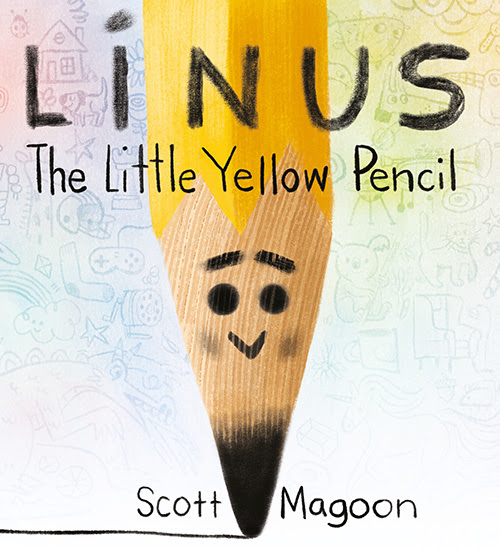 e: What was your creative process/medium for Linus, can you walk us through it?
Scott: I started with large 18” x 24” pieces of newsprint and some Chartpak markers and sketched scenes I thought could be visually compelling as well as express the direction of the book—Ernie vigorously erasing one of Linus’ drawings, for instance. 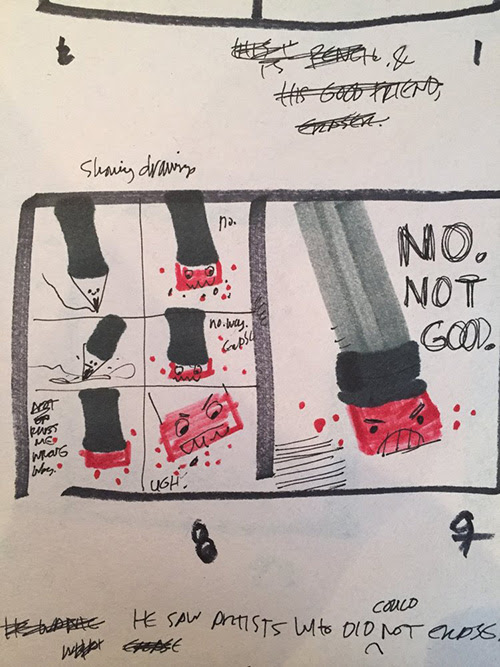 Solving how to make drawings of drawings was another challenge. Do we see the drawings at angles as though they’re on a table, do we crop them and look straight down on them from above? Other small things like where Linus face goes when he’s pointed down or when he’s pointed up were fun to think about too. 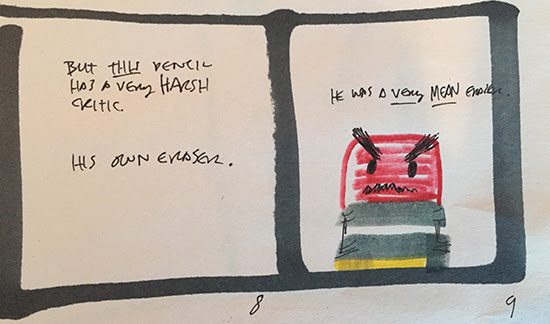 My art is all digital but I want it to look as though it was created with traditional media—crayons, ink and of course, pencil. I went through scads of digital brushes to right the right combination. In the end I used 20 or so Kyle Webster brushes in Photoshop. I also used GrutBrushes texture for some of that lovely paper texture you see. 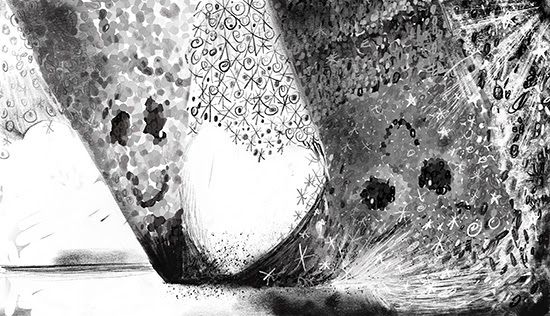 It was during the sketching of this book that I switched from a digital drawing app (ironically) called Paper to ProCreate on my iPad; I was able to use some of my drawings from that app in the final book with only some slight modification in Photoshop. I’ve come to love ProCreate and use it every day. 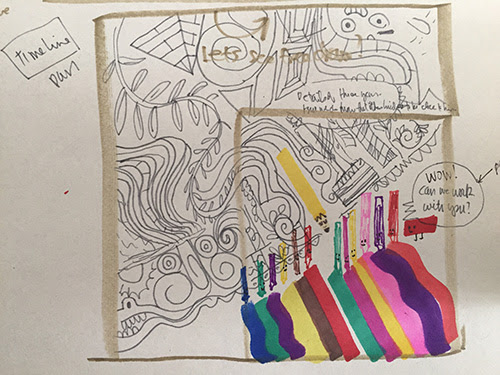 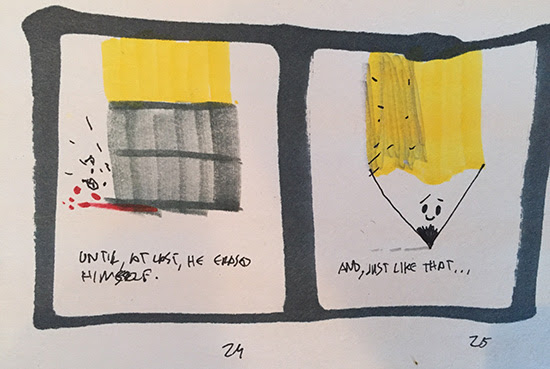 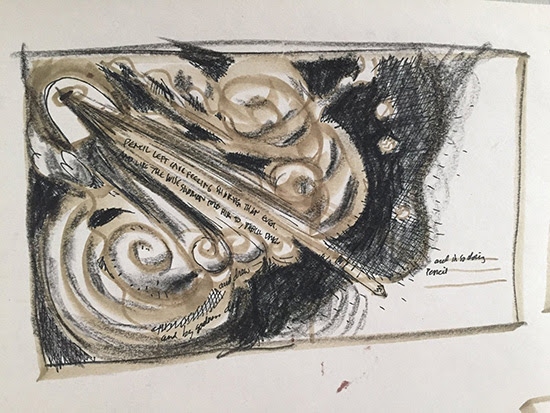 e: This is a very poignant book tackling a difficult topic. How did you come up with this wonderful way to relay it?
Scott: Thank you. I am totally Linus and Ernie! I love to draw but I want my work to be better. I hold those opposed ideas in my mind at the same time as I work. For many years that made for trying times. Fortunately, I’ve found more of a balance, much like Linus and Ernie do. 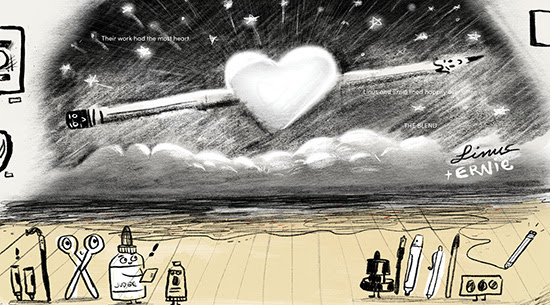 Originally, my idea for Linus was titled The Mean Eraser. The plot was that the eraser erases everything until it eventually disappears—leaving the pencil free to create, free of that critical voice he heard from eraser. 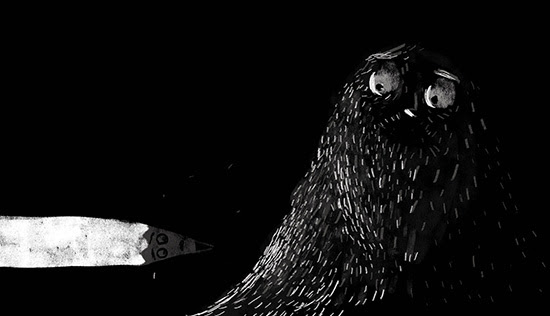 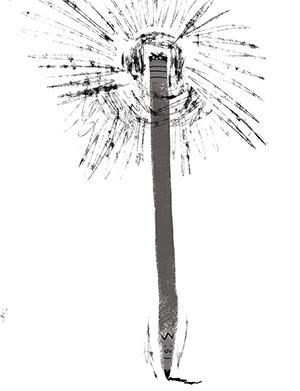 But, as it turns out, a critical voice is, well, critical! Its important for everyone to hear, especially artists. Dissonance keeps us moving forward. We need it. Nothing breeds creativity quite like oppression. And it was my editor Rotem Moscovich at Disney Hyperion who suggested that pencil and eraser work together as well as against each other. I found that so interesting and re-wrote the story. 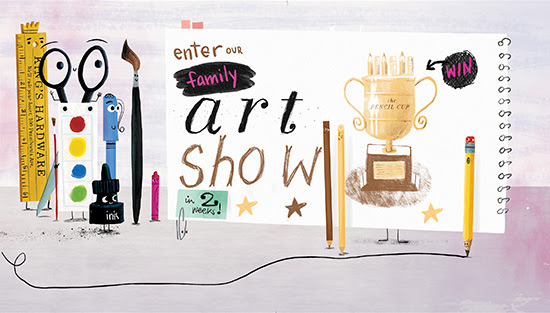 In the next draft I still equated the graphite with my creative impulse and the eraser with insecurity and destruction. But the new draft acknowledged that an eraser is able to create too. An eraser is like a volcano: it can be destructive—but it also can be a force for growth. Now I had a new dynamic to explore: how will we use our erasers? How will we use our pencils after we use our erasers? Can it be more of a back and forth between the two? 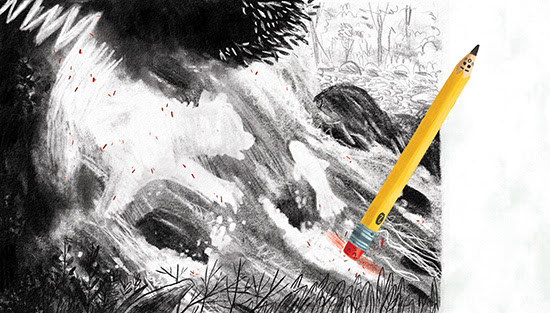 e: What do you think makes an illustration magical, what I call "Heart Art” - the sort that makes a reader want to come back to look again and again?
Scott: I often think about an interview I read between Pete Docter at Pixar and Joe Grant who was the head of the Disney Story department in the 1940s. In that interview Grant said the secret for films was all about emotional connection. What are you giving the audience to take home? he asked. What's the audience member going to remember from this film? Not only today, but tomorrow, their entire life? He said it's those great emotional moments that lodge in your memory. I think the same is true for books. And so on every single page of Linus in my inDesign doc as I was working on it I had “EMOTIONAL CONNECTION?” next to my layout to make sure I had some kind of emotional hook—whether it be in the art or in the story. It can be a charming character, an expression or something the character experiences in the course of their arc. Bottom line: connect. I’ll leave it to the reader to decide if I was successful with this book. 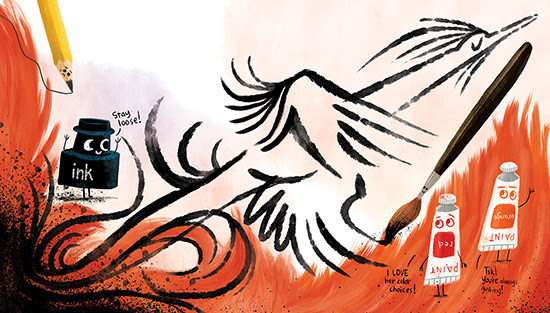 e: Was Linus a difficult book to present to editors?
Scott: Not inordinately. Most editors to whom I submitted got the premise but for their own reasons rejected it. They may have already had a pencil book in the works for instance. ;) 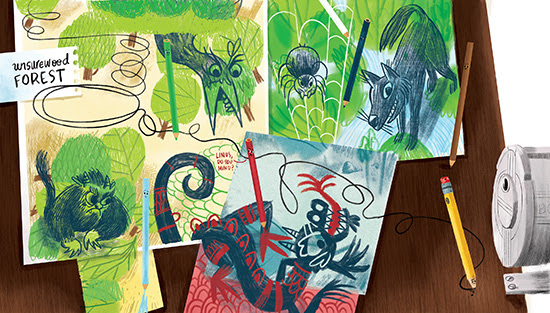 e: What was the most challenging part of creating Linus?
Scott: Making Ernie likable. In early drafts Ernie was a jerk to Linus. But hey—I can be a jerk to myself and so from that standpoint it felt true, you know? Still, for Linus and Ernie to come together as a team Ernie had to be more open and palatable, so to speak—and so my work was cut out for me there. 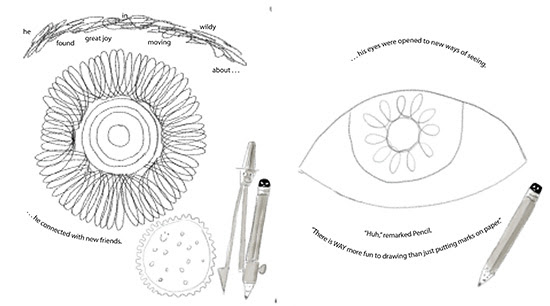 e: What is your favorite or most challenging part of being a creator in general?
Scott: I love solving the puzzle of storytelling. The discovering and development of a story idea. Then crafting the story alongside the visual style of a book. Bringing the story in line with the art is very difficult. But I love it. I could not solve it if I did not love it. 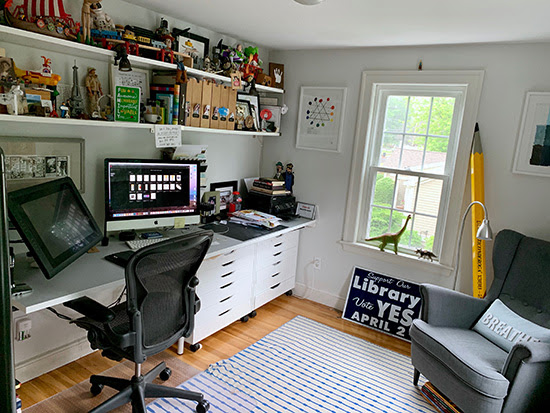 e: Is there something in particular about Linus you hope readers will take away with them, perhaps something that isn’t immediately obvious?
Scott: I’ll let Linus’ mentor Smudge answer this one. He’s the oracle that lives in the pencil sharpener. Smudge tells ‘Linus, hey, you ain’t dead kid. While you draw breath you can draw.’ It's a bit of tough love—but Smudge is right. Our time is short. Do what you can do while you can. Be the best you can be. Don’t. Give. Up. 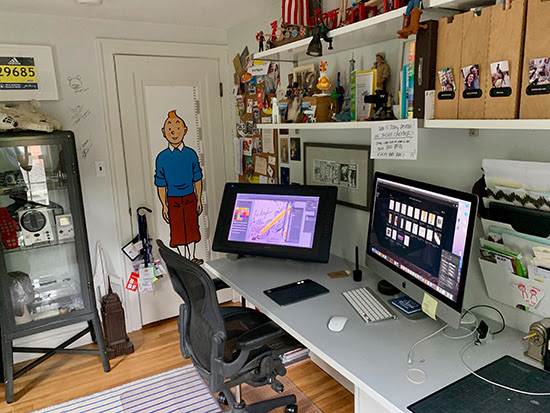 e: What are you working on next or what would be your dream project?
Scott: A graphic novel. Beyond that, I’d love to write a fresh and fun historical novel. And maybe even a little bittersweet. And a little funny.

What a wonderful interview! Thanks for sharing! :)