The Scots word for the last day of the year is "Hogmanay" and it is a huge celebration here in Edinburgh, lasting for three days. On the 30th is one of the biggest events - the Torchlight Parade. Torches are free, but do have to be reserved beforehand. Last year there were about 30,000 of them!
For our first Hogmanay, Stan and I really did it right! We walked down to Princes Street about a half hour before the parade started over on the George IV Bridge. We ended up in a great Chinese restaurant on the second floor with a spectacular view looking straight down Princes Street. (That's it over Stan's shoulder.) 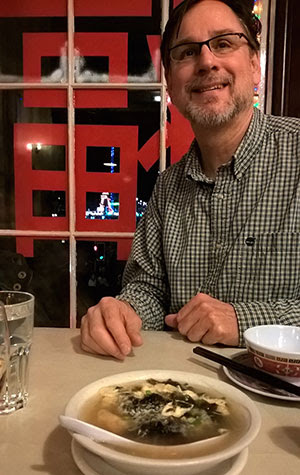 We were about fifteen minutes into our meal when we spotted the procession heading our way. 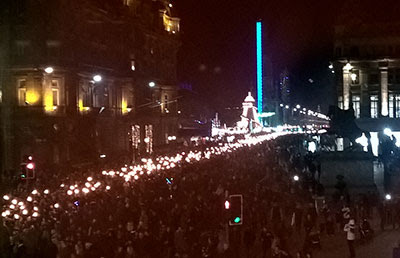 Everybody ran to the windows to watch. In the front of the parade was a troop of bagpipe players followed by Viking soldiers followed by tens of thousands of happy folks with torches meandering through the city.

There were so many torch bearers, we had time to finish our leisurely dinner and slowly make our way down to the crowd, and there were still thousands of torches behind us. Down in the street, we were in the thick of it! The air smelled like beeswax and paraffin. 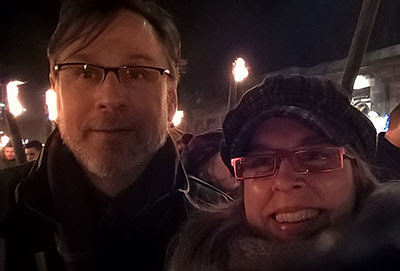 We enjoyed bagpipe players (notice the Christmas lights on the instruments).

They really are stunning with great outfits. 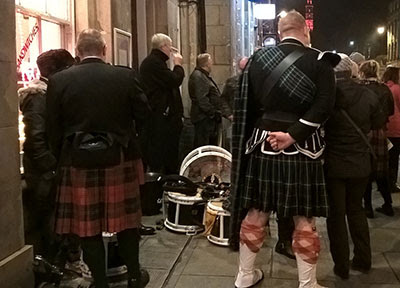 The Viking soldiers were awesome looking too. 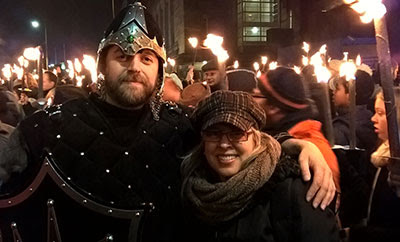 To top it off, they had fireworks over Calton Hill - stunning!

After all that, we went to the smaller of the two Christmas Villages in St. Andrews Square, the one near our home, and had some hot chocolate and mulled wine at the pop-up pub, while we watched the ice skaters go by. 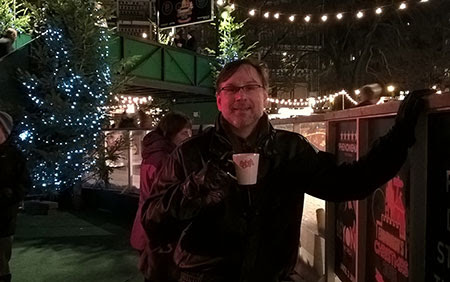 What an awesome, awesome way to bring in the new year in our awesome new home! Happy New Year!
at January 02, 2016