I told you about our recent visit to Newcastle. Well, one of the reasons we were so tempted to go was Phil Gates' amazing photos of New Year's Eve and the fabulous puppets. Since he took the photos, I asked him to share his experience... 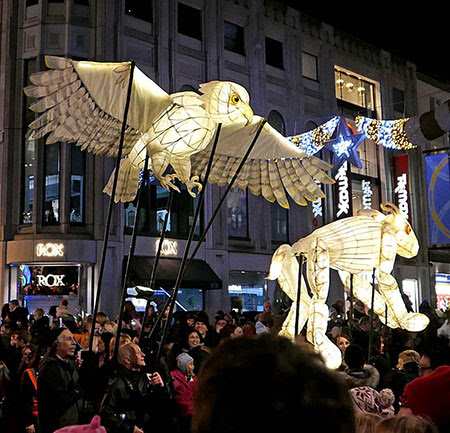 We follow the crowds towards the start of the Winter Carnival Procession. The throng is ten-deep by the time we reach the bottom of Northumberland Street. 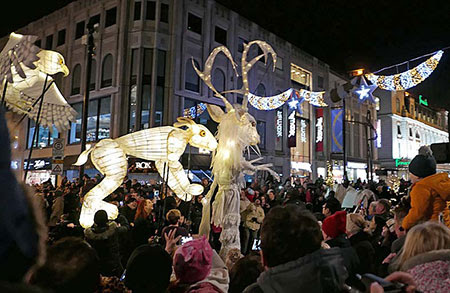 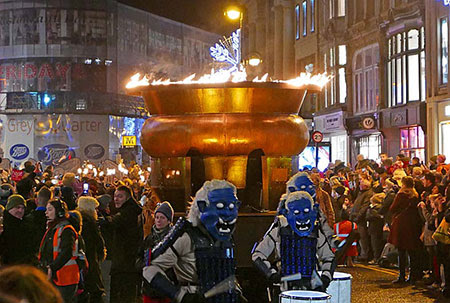 And suddenly they appear. There are ‘ooohs and ‘aaaaahs’ and cheers from children perched on fathers’ shoulders. Eyes shine with the reflections of flaming torches and a blazing golden cauldron. A fire-breathing dragon bends over us and belches smoke from its nostrils. Strange alien monsters mingle with creatures from medieval bestiaries. 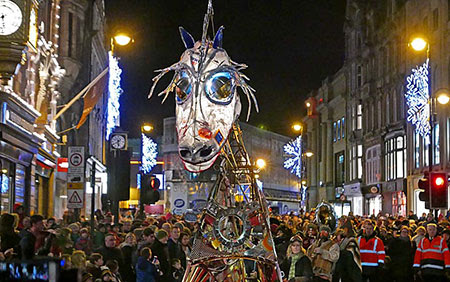 The crowd folds in and follows the tail of the procession, a river of people. Music dies away as the first rocket bursts overhead and the city centre echoes with firework explosions. Windows glitter with cascade of falling sparks. 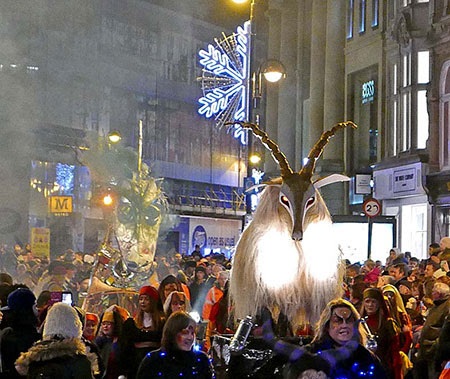 The crowds disperse but the evening is still young. We make our way down to the Quayside, past an endless stream of taxis carrying revellers. The bar in the Broad Chare is warm, convivial, inviting. Upstairs in the restaurant we join other families, reunited at the turning of the year. 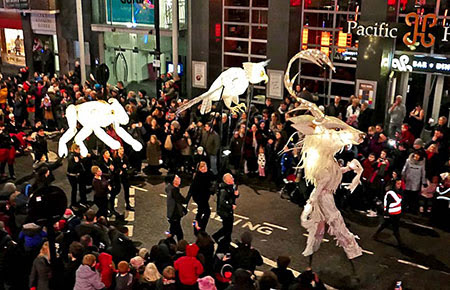 Afterwards we walk down beside the river Tyne which is patterned with liquid light. Music and conversation spill from doorways. 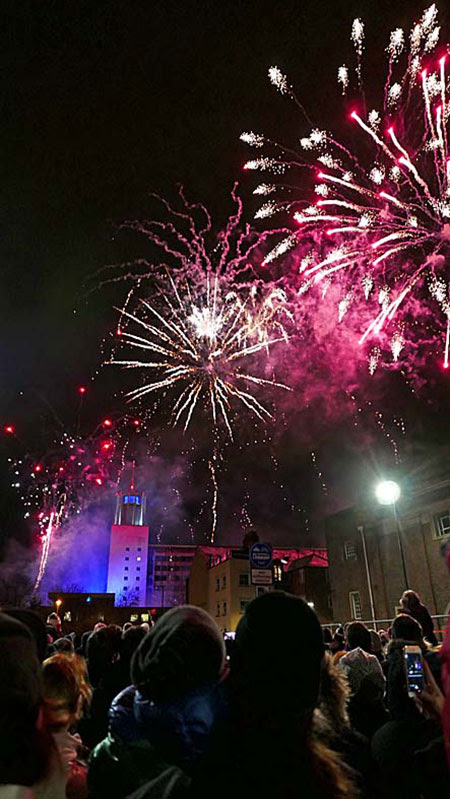 We head for the Cluny bar beside the Ouseburn, down three floors to a basement stage where a band is playing the old year out with hits from the 1960s and 1970s. A gaggle of women in their glad rags are dancing to ‘Sultans of Swing’, with the same sensuous moves that captivated husbands and lovers forty years ago. A couple shuffle along the seats to make room for us and soon we are in conversation, sharing experiences of past gigs. Newcastle is a friendly city, a place of conversations with total strangers. 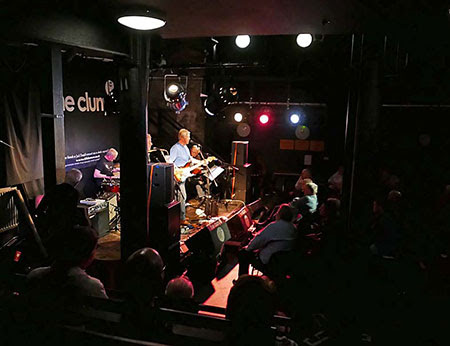 At half past eleven we head back down to the river, past the Pitcher and Piano bar where old friendships are being revived and new ones forged. By the time we cross to the Gateshead side of the river thousands of people are lining the banks of the Tyne and standing on the bridges, waiting for the midnight hour. 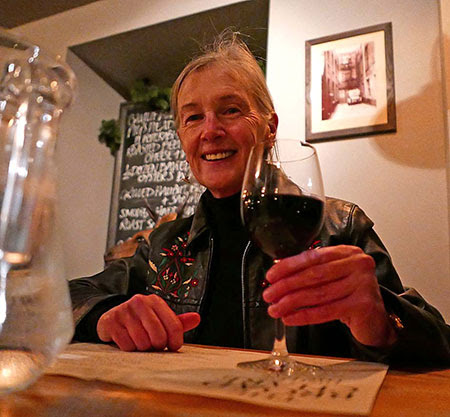 Revellers spill out onto the concourse of the Sage concert hall, some clutching champagne bottles and glasses. We spot old friends in the crowd but can only exchange brief greetings before the countdown begins: 5-4-3-2-1. Then bells ring and there are handshakes, hugs and kisses. As the strains of Auld Lang Syne die away the sky erupts with fireworks again. 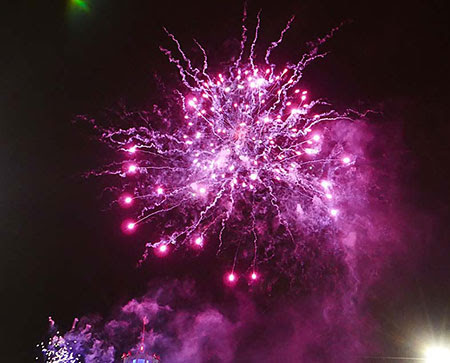 As the last rocket falls to earth, under a clear starlit sky, we wish each other well and head for home, promising to meet here again, this time next year. 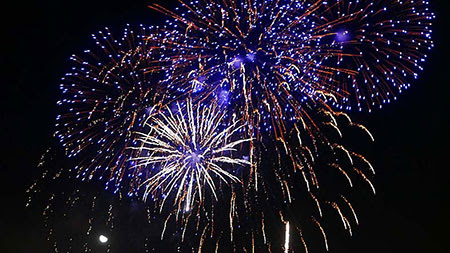