The other day I told you about our train ride down to Newcastle to visit my friends Susan and Phil Gates. Well, the town itself deserves its own post - even in the rain!
Newcastle gained fame as a mining town. If fact, a common joke here is "It's like sending coal to Newcastle" - as in a useless act. But those times are gone and the city is rediscovering itself as a business center, tourist destination and cultural hub. 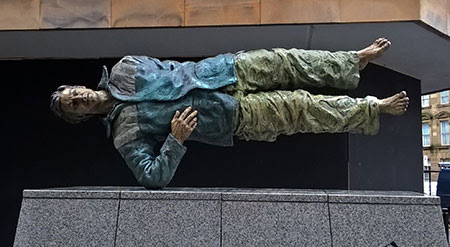 Artwork by Sean Henry
And yet, it still holds tight to some of its history - like this traveler fortune teller who has been in this same spot for decades. 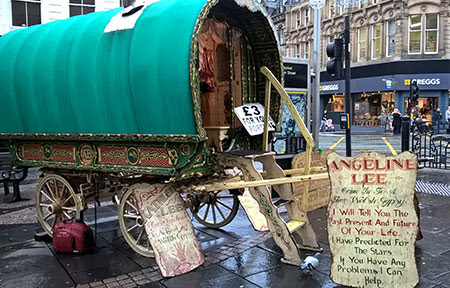 Right in front of one of the oldest pubs. 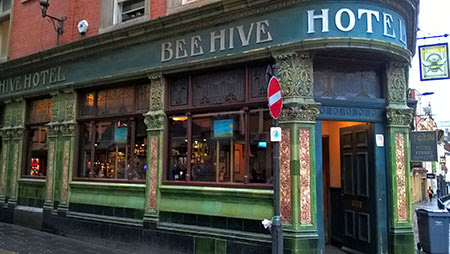 And yet, on your way into Newcastle, you can't help but notice a radically new amphitheater locals have lovingly dubbed 'The Peanut.' 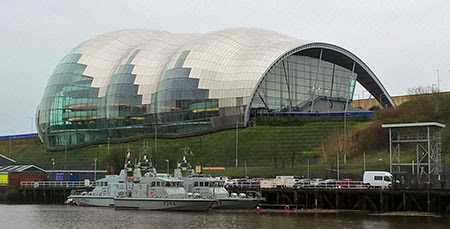 It's a gorgeous space which lights up beautifully at night. This is Phil's photo of it on New Year's Eve. Technically speaking, The Peanut is on the Gateshead side of the river - something the town takes great advantage of by creating amazing bridges. In fact, the Gateshead Millennium Bridge is a pedestrian bridge which rocks up 'like a blinking eye' to allow large ships to pass. It's truly a stunning design. And its not the only bridge that crosses the river - there are several bridges from different time periods which visually weave together beautifully. 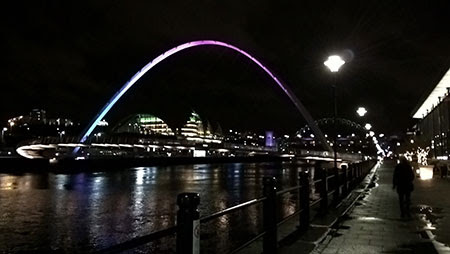 In the heart of the city you can see the oldest building, once home to Bessy Surtees where she eloped out that very window. (Quite the scandal in her day.) 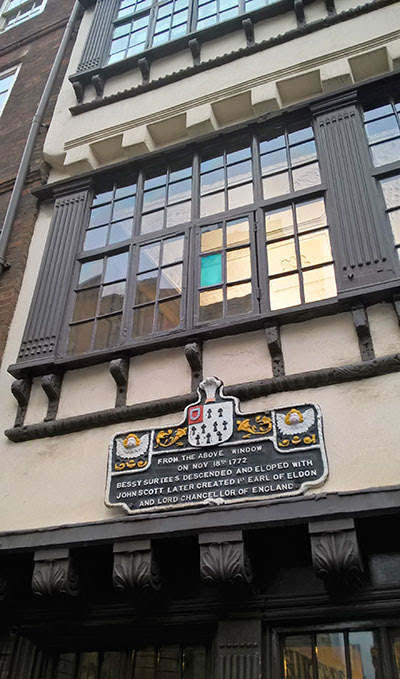 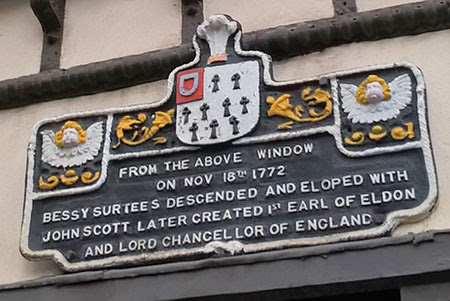 We went inside to appreciate the ancient architecture (16/1700s). The rolling floors, old glass, 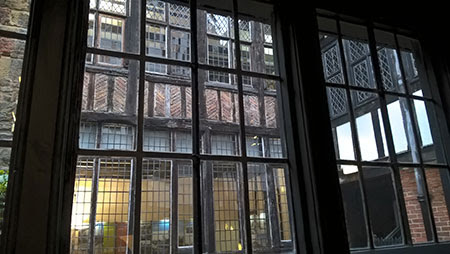 and tiny clothes gave you a true sense of what it might have been like to live there. Susan and I posed in the stairwell. 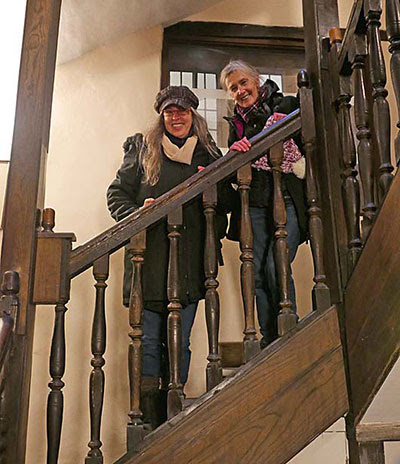 Elsewhere in the city, we went to the Grainger market, still decorated for Christmas. Here are Stan, Susan and me. There are music stores everywhere in Newcastle. No surprise considering it was home to Sting, The Animals, Jimi Hendrix in his busking days, and Mark Knopfler from Dire Straits. We stopped into one music store where I bought a book on guitar tabs. (I'm practicing my guitar like crazy!)
In and about, we had a lovely lunch at The Broad Chare pub on the quayside and even wandering in the rain, we fell in love with this eclectic city and can't wait to go back to visit Susan and Phil again! 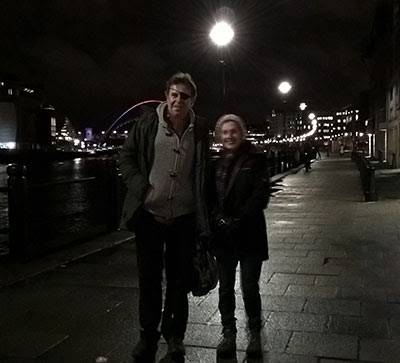 How lovely to hear you are so excited about about our cities, hope you will visit more places in the UK, I would love to hear your perspective on them.