A wedding at the castle...and the rest of the day

Susan and I were lucky to stumble across an actual wedding taking place in St. Margaret's Chapel (built in the 1100s) while we were visiting the castle!
The day was beautiful and we found a great spot where we could watch the event unfold. Family members arrived in their Scottish finery. There is nothing cuter than young boys in full Scottish dress. 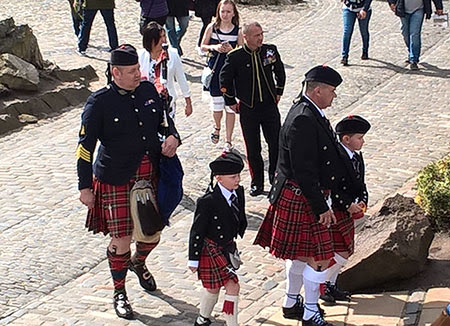 Then the bride arrived...She was escorted up the walk by another young man in a kilt - obviously her son. They marched up the walk behind the bagpipe player who, I swear, was playing the theme from THE OUTLANDER. 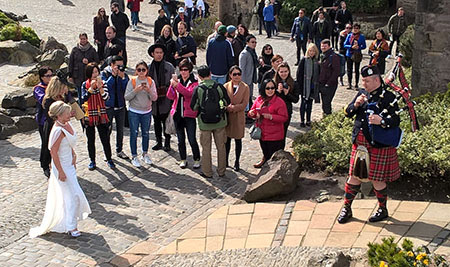 However, the son forgot the bouquet and everything screeched to a halt as he rushed to the car and fished it out - here at the end of the video.
Everything seemed to run fine after that. The party squinched into the wee chapel and we headed on our merry way, remarking on what a magical day it had already been. But I had more in store for Susan!
I showed her the private school which is rumored to have inspired Hogwarts. It was a beautiful day and the daffodils did me proud. 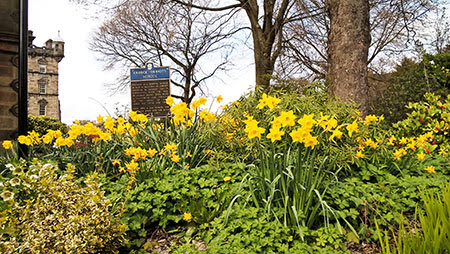 And I showed her Victoria Street, where we got photo bombed. I have no idea who this guy was, but he was funny. 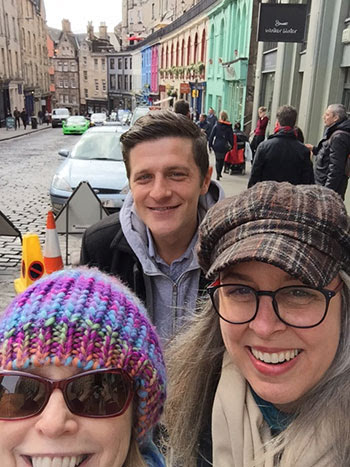 Susan wanted to see my studio at the Uni, so we wandered through the Grassmarket and up by the Evolution House, where I pointed out the big cat I created, which watches over people below. 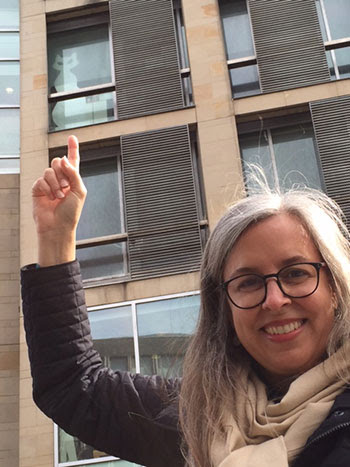 And she learned about Closes (magical little alleys that run all over the city). 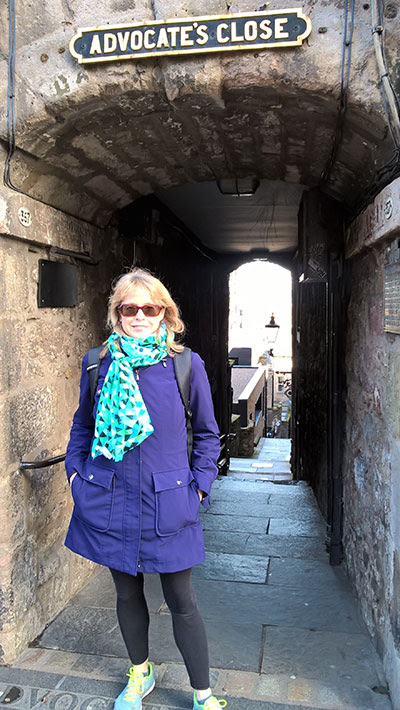 We ate Brazilian crepes near old campus, then met up with Stan at The Whiskey Room, which has become our favorite place to share a flight of whiskey with visiting guests, because the view is to die for while they sip, whether you look up...or down. 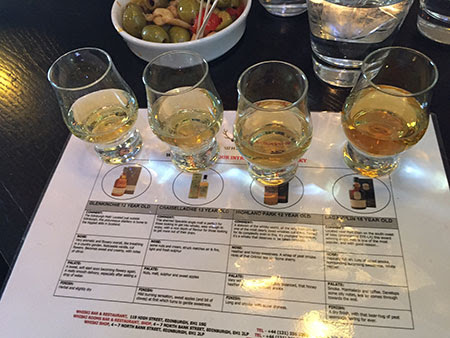 Dinner was at The Dogs (a tucked away restaurant not far from the flat), then we stumbled home where we fell over once more. Day 2, I decided, would be all about a normal day in Edinburgh. HA! Coming next...

Elizabeth, it was just sooooo much fun getting your personal tour of Edinburgh! you navigate like a native! Can't believe it hasn't even been a year.

Me too! And yet, with Spring and these longer days, I feel like I'm learning all over again. Hugs, hugs, e