Closing thoughts and Out n' About in Bologna

This post is about my random observations of the lovely city of Bologna. I have so many wonderful things to share with you lately, I just have to cram them all together! For instance, I did find the children's bookstore just off of Piazza Maggiore and is is truly sweet. 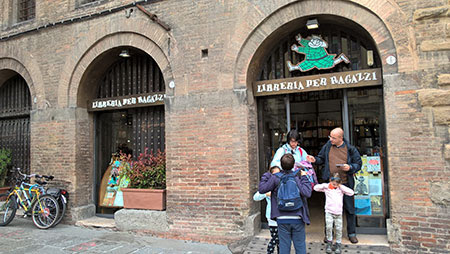 Lots of people ride bikes here, and they are experts at dodging the tourists who aren't watching where they're going (me included). 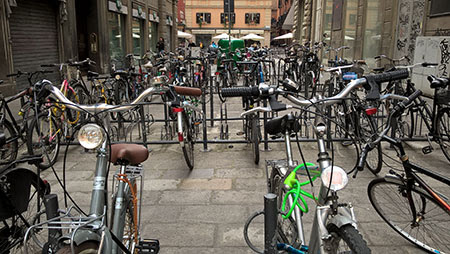 Susan and I had a quick lunch - she had baby octopus, which was DELISH. I had shrimp/squid salad with aubergines - also yummy. 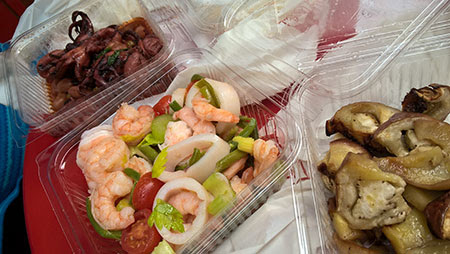 During lunch we were serenaded by a seriously good band. I'm pretty sure they were just busking for kicks, because they seemed quite professional. 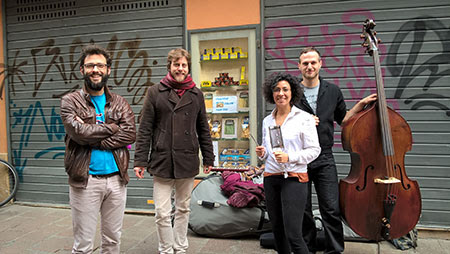 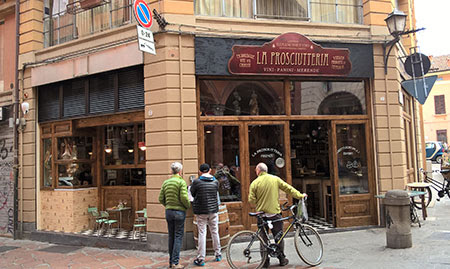 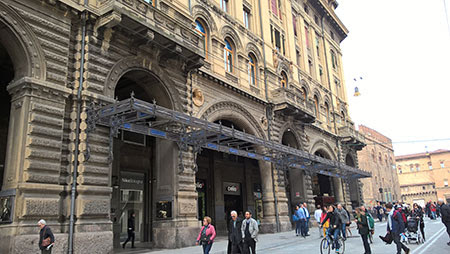 And just wandering about. 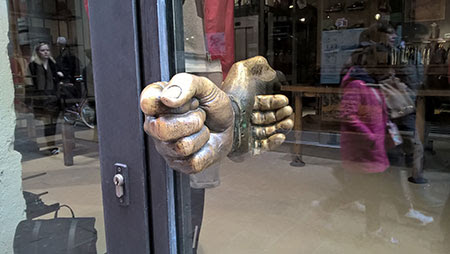 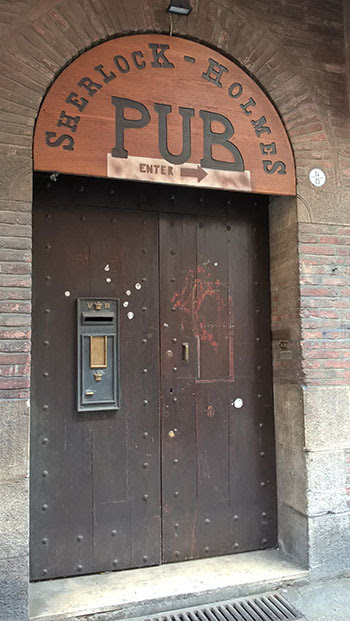 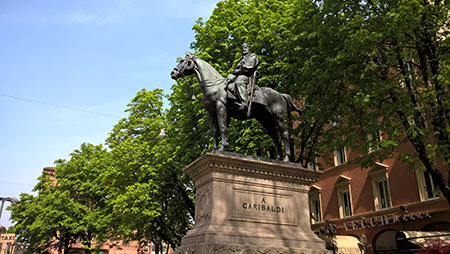 This is artwork by Gesta Future - randomly placed. 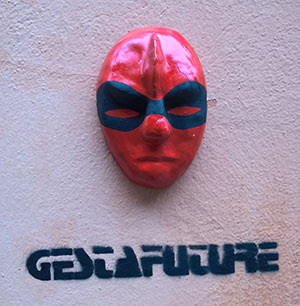 I've never seen peppers as big as the ones in the supermarket here - they were the size of melons! 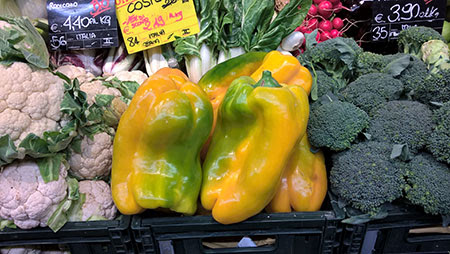 Don't ask me why all these people were dressed in Medieval garb - I have no idea.

This was my main path every day. 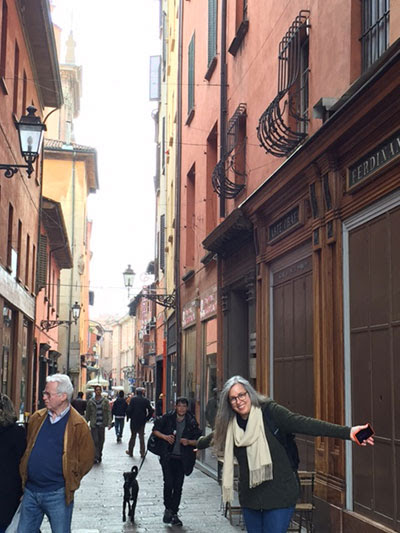 This was nice to see. 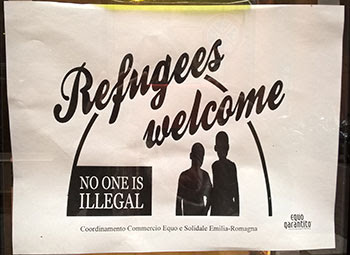 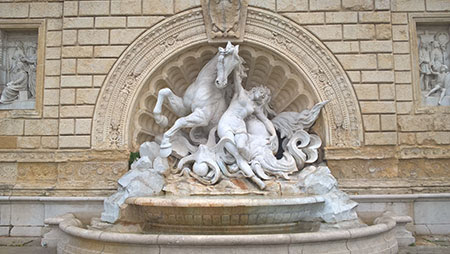 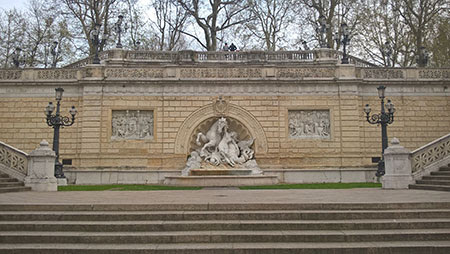 There are gelato stands everywhere and with all the walking you do here, there is no guilt in indulging - which I did.
In closing, Bologna is a lovely town to just wander about in. I'm so glad I visited!

P.S. - Susan did a fabulous illustrated wrap-up of the trip - CLICK HERE to see it!

Mutsmag said...
This comment has been removed by the author.
11:02 AM

This looks fabulous. I hope to go there someday. Meanwhile, I'm lucky to see images through the camera of an artist friend!