Sunday was my play day here in Bologna. Susan Eaddy (Midsouth SCBWI Regional Advisor) has been to Bologna many times to help out with the SCBWI booth, so she's learned her way around. We spent the morning visiting the many and amazing Catholic cathedrals. (Remember, this is Italy!) They truly are stunning. (I'm mixing them up here, but you get the idea...) 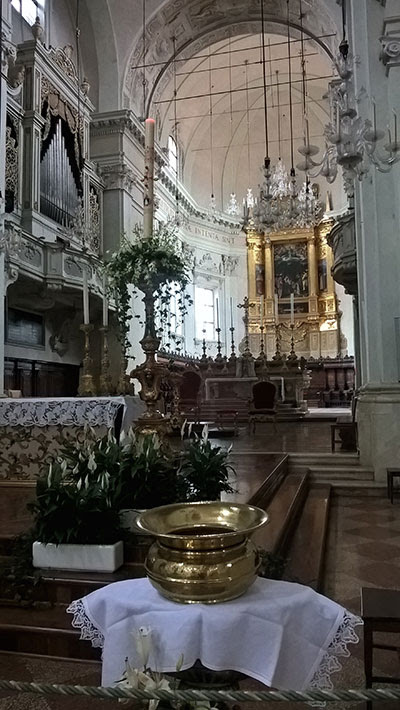 Not an inch of space is left free of decoration. And it was interesting to see how most of the artwork looked similar - as if by the same hands. And perhaps they were, with master artists and their apprentices. This Renaissance look was everywhere, and ironic considering I don't know anybody (personally) who paints like that today. (An interesting contrast to what I'll share later from the book fair.) 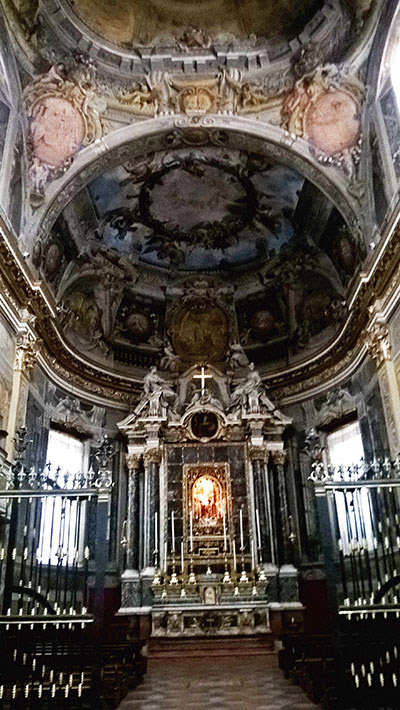 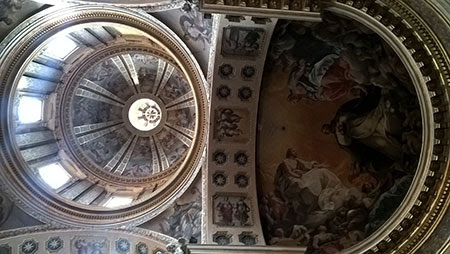 Which is a shame. We don't build like this anymore either. 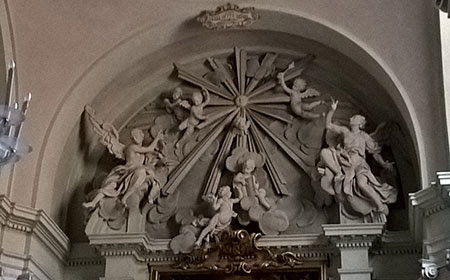 Heck, even they didn't build like they used to. We had the opportunity to see some terra cotta sculptures that blew my mind. This was The Campianto by sculptor Niccolo dell'Arca who passed away in the 1400s. Wow. 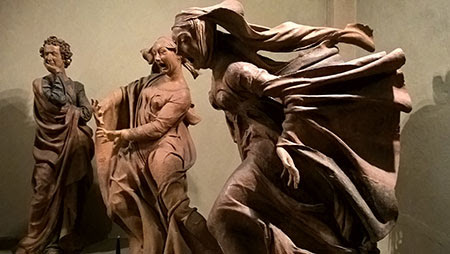 Another terra cotta wasn't quite as moving, but still had so much more motion compared to the marble sculptures surrounding it. This one was by Alfonso Lombardi in the 1500s. 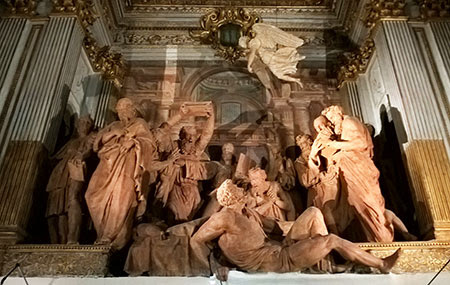 One of the high points was to see the altar to Saint Catherine. It's usually locked, so this was a rare treat. Here's Susan at the open door. 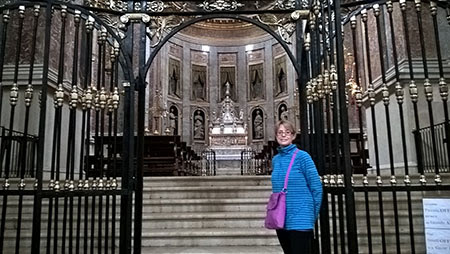 We were able to walk right up to the altar, which is famous for two reasons. One, this little angel on the right is believed to be hand carved by Michelangelo himself. 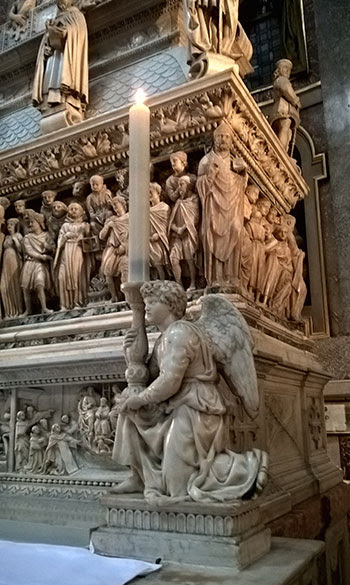 And two, when you walk around the back of the altar, you get to see what is called a relic - a valued piece of a revered saint. In this case, quite a big piece. They have Saint Catherine's head (now a skull) ensconced in this beautiful case - and yes, you can see it in there. 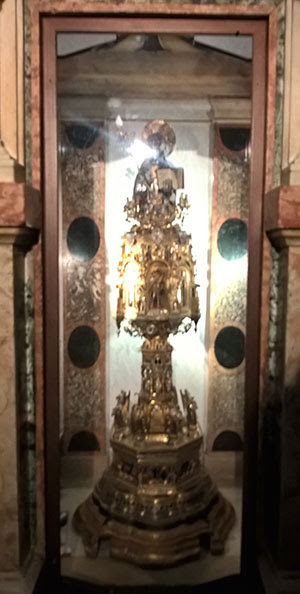 Outside, Susan explained the mystery of these harsh exteriors. 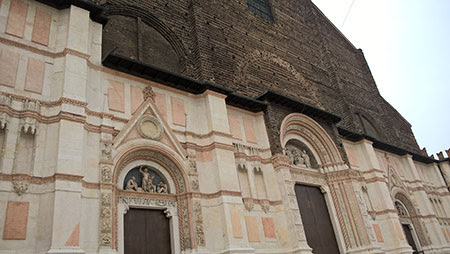 Apparently these rough-looking bricks are the structure before the facade is built on. So here you see the finished Basilica di San Petronio at the bottom and the work-in-progress at the top. (So far, it's been several centuries - these things take time.)
The Basilica overlooks Piazza Maggiore - pretty much the center of Bologna. Just off to the side is the Piazza del Nettuno with its Fontana del Nettuno, which is a favorite meeting spot for Book Fair attendees. "I'll meet you at the Neptune Fountain!" is a common phrase here. 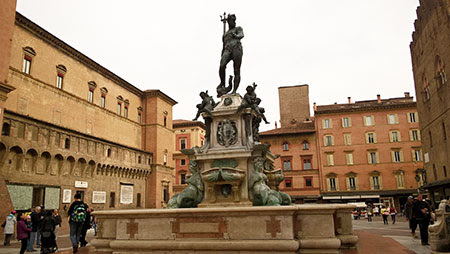 Pardon the angle, but Susan and I couldn't resist a selfie. 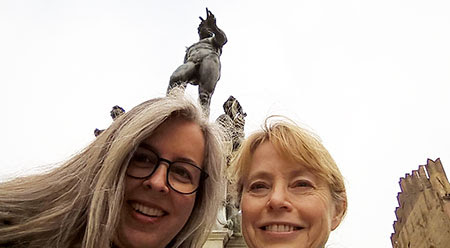 And this was all before lunch! Susan had to run to the Fair grounds to set up the SCBWI booth and I was left alone. Or so I thought. Within a few minutes I ran into Margo and Marilyn from dinner the night before. (How strange to hear your name called out in a completely foreign city surrounded by thousands of people!) We had tea while overlooking the piazza for a while.
And then I ran into fellow classmate Catherine Thomann. We did the more modern side of Bologna and did some shopping down Via dell-Indeipendenza, which connects the city north to south. The sun came out, our sweaters came off. I bought a scarf as my Italian souvenir. And we had wine and cheese at a lovely out of the way cafe. What a day!
And that wasn't even all! SCBWI hosted a private party that evening at Libreria Trame Bookstore. It was a great opportunity to catch up with industry friends from America - so very cool!
So that was Day 2, and I haven't even made it to the Book Fair yet! It's coming, I promise!