Part of the reason this was the year to do Bologna was because of SCBWI - the Society of Children's Book Writers and Illustrators. They only do the Bologna Book Fair every two years. This year they went all out with a double booth and professionally printed panels - it looked GREAT. And it became home base for me, which was such a nice thing to have in that overwhelming Book Fair atmosphere.
This year, I was the official SCBWI tweeter (twitterer?). You can see the posts at https://twitter.com/SCBWIBologna or #bol16SCBWI. I even did an impromptu portfolio critique for an attendee whose registration went awry. (Art Director Martha Rago was the official portfolio critiquer for the event.) 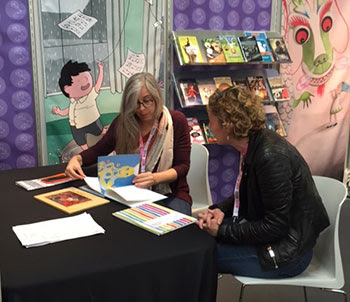 But the real work was done by Chris Cheng (author and Australian Regional Advisor) and Susan Eaddy (author/illustrator and Midsouth Regional Advisor) - they're the ones who put it all together. That's the two of them with me and Bob.) 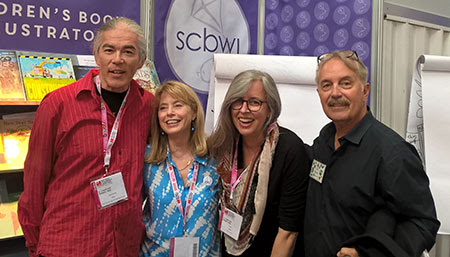 And wow, did they do a good job! The booth had constant activities going on. First were the Dueling Drawers. This is a half hour of two illustrators who have two minutes each to illustrate several scenes from an unpublished manuscript that they've never read. Here were Kelly Light and Mike Curato. 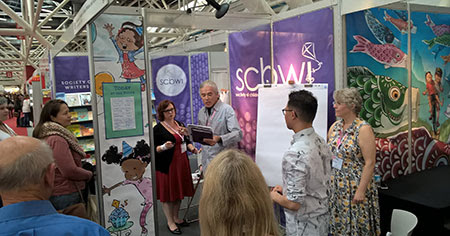 I had two back-to-back Duels. The first one was with Bob Barner. 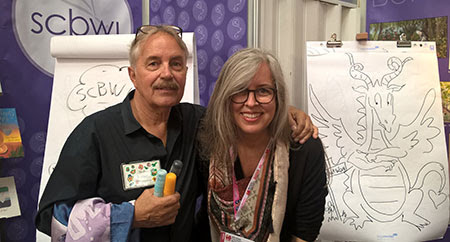 My second duel was with Evi Shelvi from Indonesia. 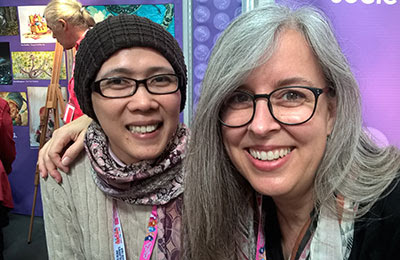 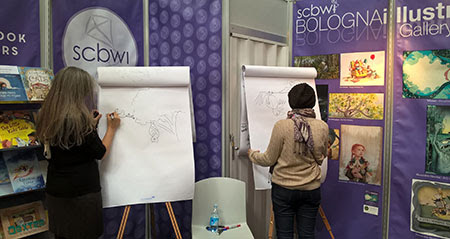 The next day the duelers were the long-time experts at it, Paul O. Zelinsky and Doug Cushman. Paul and Doug were instrumental in establishing the Dueling Drawers so they had a whole show going on, with mood music and everything! 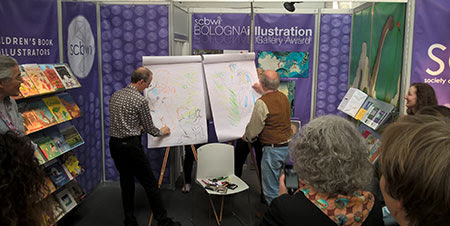 Another nice activity were the Personal Showcases. Authors and illustrators set up their wares for an hour or so to talk to passers-by. Here are Susan and Julie with their set-up. 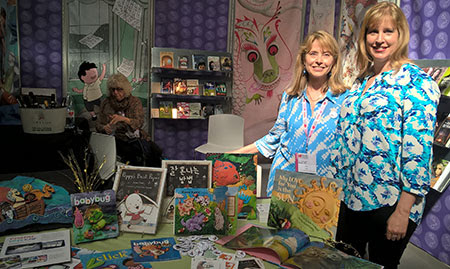 And me with mine. 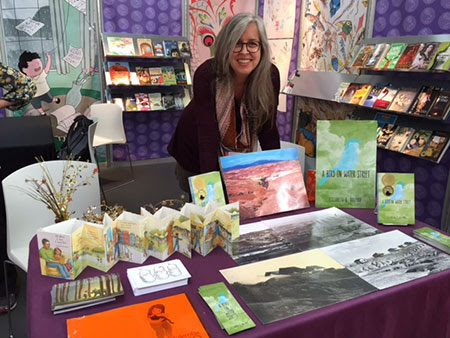 There was also a cocktail party at the booth towards the end of the fair that was very well attended. Here I am with Chris again. 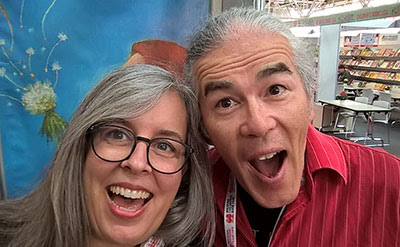 But best of all was SCBWI was the home base for so many people at the fair - so many of them long time friends of mine, and many who are new ones. Founder Stephen Mooser was even there with his wife, how nice! Here I am with Martha, Paul, and Doug. 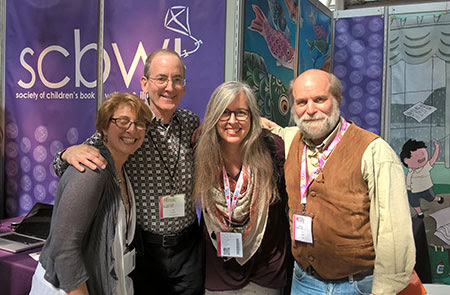 SCBWI isn't quite as big in the UK as it is in the US, but I hope this increased presence at the Bologna Book Fair will help improve that. Because truly, it's so nice to reconnect with such amazing professionals all over the globe, and to feel at home among friends no matter where you are.