Remember my post about found gloves being left on fence posts in the hopes that their owners might be back by for them? Lost Something? Well, before it gets too warm and people stop wearing gloves altogether, I wanted to share more of these visible acts of kindness with you. And truly, there seems to have been an uptick in lost gloves on fence posts of late. Perhaps it's a sign of spring? Folks are taking off their gloves and well... 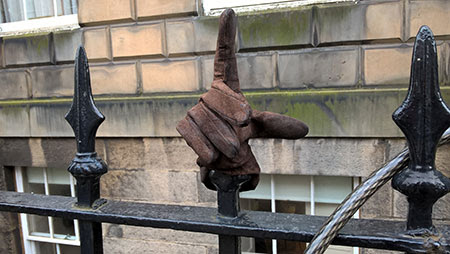 Not that I would know anything about losing things. Hm. I lost a favorite scarf when I first moved here, had to back track for both of my gloves a few months ago, and I had to walk across town for my plaid cap the other day. I wear it almost daily, so there was no question about going to fetch it. But some gloves really do get left behind... 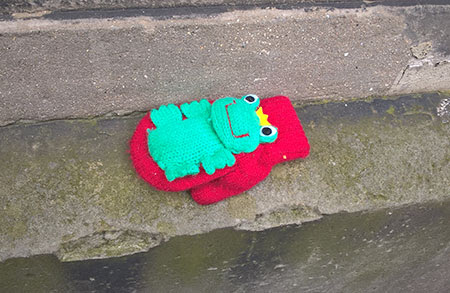 I hate it for the little kid who lost his or her froggie. But some nice person picked it up and put it on a ledge. I especially love it when I notice a lost glove, and walk by the next day only for it to no longer be there. I like to think they found their way home. 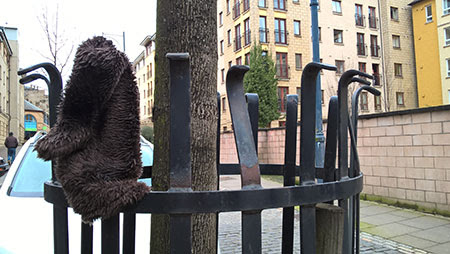 It's also a nice way to show off this lovely city, where I live with old stones, ancient and modern buildings, cobbled streets, moss(!), and textures everywhere. 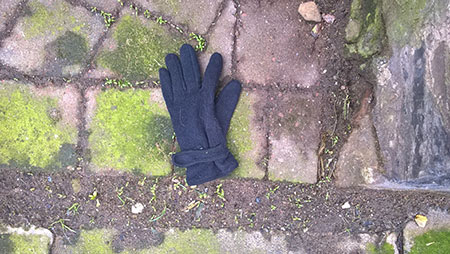 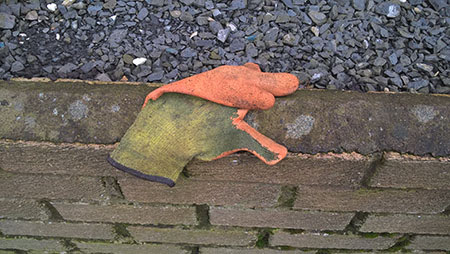 And they don't always end up on old iron fence posts. This one was in the Meadows (one of our most central parks) on the way to dinner the other night. 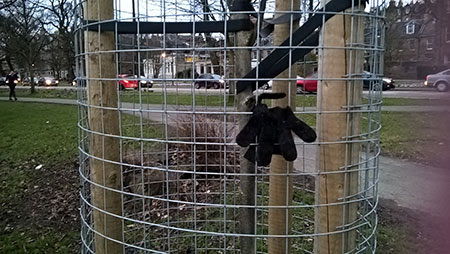 And sometimes really nice gloves get left behind. I love the compositions they create. 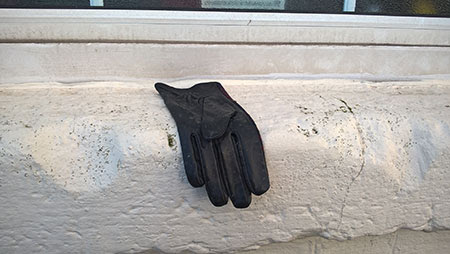 This one was actually in the College of Art. 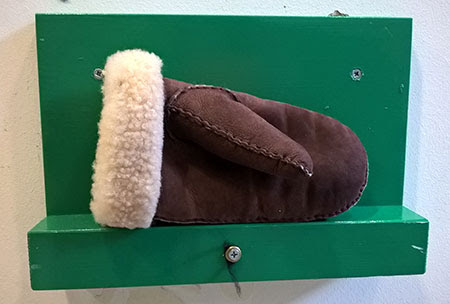 And of course, sometimes people lose more than just a glove. I know somebody else who likes to take pictures of stray shoes. Hm. I'll have to look for those. Meanwhile, somebody found a bag near one of our local restaurants. Is it yours? 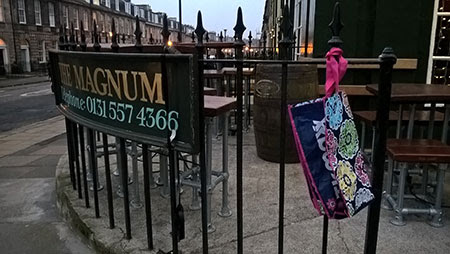